His dream became ours, though even to this day we struggle to fulfill it. The Canada that listened to Martin Luther King Jr.'s famous speech 50 years ago next week – as great a milestone in the slow, slouching march of race relations in America as Lincoln's Gettysburg Address a hundred years before – congratulated itself on its mostly peaceful past, a past that included serving as a refuge for escaped slaves."Deep in our history of struggle for freedom," Dr. King said, "Canada was the North Star" – the star followed by the Underground Railroad. "We sang of 'heaven' that awaited us and the slave masters listened in innocence, not realizing that we were not speaking of the hereafter," he explained. "Heaven was the word for Canada."

But in 1963 Canada was also just beginning to loosen its own bonds of intolerance. It was a country where blacks and Asians and Jews and anyone else who was not pure laine or WASP lingered on the margins of acceptability.

And we were still mostly blind to our own racial underclass, which lived, separate and utterly unequal, among us. "Our own people couldn't get hotel rooms," recalls Shawn Atleo, National Chief of the Assembly of First Nations.

There has been much to take pride in since then. But just as Americans are not free at last of the bonds of ancient hates, neither are we. Dr. King's dream remains half-realized, for us as well as them.

The March on Washington, and its climactic, improvised riff on "I have a dream," was pivotal in advancing the rights revolution, not only in the United States, but here.

The struggle for civil rights "made us realize that the United States was not the ideal country our parents thought it was," social activist Judy Rebick says. And neither was Canada.

Inspired by their American counterparts, the young and indignant marched and sat in and occupied and were occasionally clubbed and gassed as they fought to loosen the grip of the church and the Orange Lodge and the old guard and the establishment, to end de facto segregation of minorities, to make learning available to all, to spread the wealth and to shove aside men who thought they knew what women were good for, and gays were fit for.

Racially, the single greatest achievement may have been the decision by the government of Lester B. Pearson in 1967 to introduce the points system for choosing immigrants, sweeping away policies that had kept non-whites out of Canada for generations.

The following half-century of wide-open immigration and entrenched multiculturalism forged Canadian cities so cosmopolitan, diverse and tolerant that they come closer than any to Dr. King's dream of harmony and equality.

But only for some. Black Canadians make up 2.5 per cent of the population, but fill 9 per cent of the spaces in the country's prisons, according to the federal Office of the Correctional Investigator. Too many poor non-white neighbourhoods are unstable and, for many of those trapped in them, unsafe.

"Racism is most felt by people who are most marginalized," Ms. Rebick observes. "While we have a lot to be proud of, we're not there yet."

And despite commissions and inquiries and policies and apologies, native Canadians still struggle to achieve equality while preserving identity.

"Dr. King spoke of 'the fierce urgency of now.' Our people feel the same way about this moment," Mr. Atleo says. The residential schools are gone; the education gap persists. Treaties are recognized, but not always honoured. Aboriginal people and non-natives remain segregated and unequal.

Martin Luther King talked about Canada as the North Star in 1967, the year he delivered the Massey Lectures in Toronto, and mere months before he was assassinated. The staid, Protestant and, in many ways, provincial city he visited is unrecognizable from the fusion culture that defines Canada's largest city today.

Dr. King would be pleased. But he would want us to get on with fixing what still needs to be fixed, and not just by listening to speeches.

They had a dream: three people who were inspired by Martin Luther King Jr.
August 24, 2013 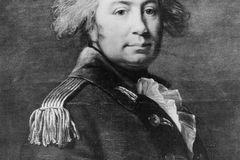