Hockey's Cold War is about to heat back up.

Forty years after Canada's shaggy-maned professionals prevailed over the Soviet Union's red-helmeted amateurs in the Summit Series, the two sides will reunite for the first time to mark that September in 1972 that forever changed their lives, their sport and their respective countries.

And just like four decades ago, when the series took on the significance of a Cold War proxy battle, there will a political element: Both Prime Minister Stephen Harper and Russian President Vladimir Putin are expected to attend. The Prime Minister's Office said they have yet to set Mr. Harper's September schedule.

More than 25 members of Team Canada's 1972 roster, including Yvan Cournoyer and Phil Esposito, will fly to Moscow for festivities starting on Sept. 3, Horst Streiter, who represents the Canadian veterans, revealed to The Globe and Mail.

Two days later, some of the legends, many pushing 70 years of age or above, will face off in an alumni game at Luznicki Ice Palace, site of games five through eight of the original series.

"Luznicki will be groundbreaking," said Mr. Streiter. "For players and fans, returning to the site of that great victory will be historic." The alumni games will also feature younger players such as Pavel Bure, Glenn Anderson, Igor Larionov and Ron Duguay.

Mr. Harper, a self-avowed hockey historian, will likely be in Russia the week anniversary celebrations kick off to attend the APEC Summit near Vladivostok.

Mr. Putin has recently taken up the game with enthusiasm, scrimmaging weekly with retired Russian greats and tutoring under former Soviet and NHL great Alexei Kasatonov.

"Mr. Putin is such a fan of the sport that I'm sure he'd love to strap on the skates and play, but he'll be respectful of not pressuring Mr. Harper to do the same," said Scott MacPherson, vice-president of a touring squad of retired Russian players and a co-organizer of the anniversary events. "I do know that Mr. Putin is in full support of the celebration and I hope Mr. Harper is, too."

Depending on the number of '72 players on the ice, the rematches could prove to be lopsided affairs. Few of the Canadians ever play any more while at least six of the Russians practice once a week. Three former players from the '72 team were on hand in southern California, where they were touring with a travelling alumni team, to talk to The Globe about the anniversary series.

"We still take it seriously," said Yuri Liapkin, defenceman for the Soviet side in '72. "I hear the Canadians do not play any more. This is too bad. They may have trouble keeping up."

From Moscow, the festivities will move to Yaroslavl on Sept. 7 to mark a national day of mourning for the airline crash that killed 37 members of a Russian hockey club.

The second leg of the tour will start in Toronto on Sept. 18 for a golf tournament and Canada Walk of Fame induction ceremony for Team Canada.

From Sept. 24 to 30, the teams will attend a massive autograph session, show up at a symposium featuring Russian and Canadian business leaders and participate in a day of commemoration events at the Air Canada Centre. They'll cap off the tour in Quebec City on Oct. 2.

"This will be the biggest anniversary celebration for these teams ever," said Mr. Streiter. "With the ages of some of the players, this could be the last big hurrah." 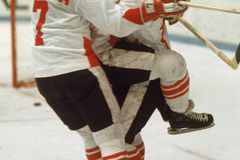 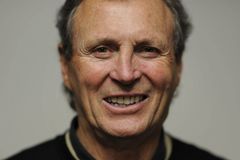 Putin harks back to '72 Summit Series for a political boost
February 24, 2012 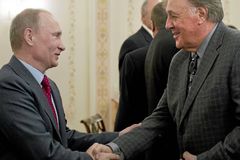 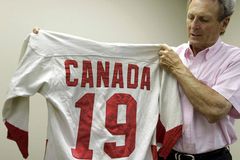