Between January 2010 and last October, there were 458 new requests for help on the eastern Ontario base. Issues ranged from addiction to stress to family reunion tension after combat tours in Afghanistan, according to documents obtained by The Canadian Press under the Access to Information Act.

The records offer a rare glimpse of anxieties shouldered by troops on a base hard hit by death and injury during repeated missions in Kandahar's lethal insurgency zones.

Of the 155 Canadian soldiers killed in Afghanistan since 2002, about one-quarter were stationed at Petawawa. Most troops who sought help last year reported stress or anger issues, problem drinking, mood swings and struggles settling back into family life.

It's carnage on a scale not seen since the Korean War, he said.

"And then the reunion stress is something that is quite unique as well because it's not so easy just to pop back into your life and act as if nothing has changed."

Across the Canadian Forces, about 5 per cent of 17,678 troops who had completed postdeployment screening by last June - more than 880 people - reported symptoms suggesting post-traumatic stress disorder or depression.

Soldiers who had seen the most combat had four times the risk of PTSD or depression, says a military analysis of the survey.

Just over 4 per cent of respondents reported high-risk drinking with symptoms of mental health problems, while 13 per cent said they drank excessively without such symptoms.

Lt.-Col. Jetly says the number of people who flagged signs of PTSD and depression has declined slightly from a rate of 6 per cent in 2006. And a big change is the number of troops who, once screened three to six months after returning from a tour, said they were already in counselling, he said.

More than half of those who mentioned problems said they were already in care - a big leap from recent years when it wasn't unusual for soldiers to say they'd coped with symptoms for at least five years before getting help, Lt.-Col. Jetly explained.

"It's not necessarily bad news that a lot of people are in care."

Early treatment means "a much better prognosis of getting better, being able to carry on with your life as a parent, as a colleague, as a son, as a daughter and as a Canadian Forces member as well."

The military has worked hard to reduce the stigma of mental breakdown as it improves services, Lt.-Col. Jetly said. Efforts have included operational stress injury clinics across Canada, and a national awareness campaign urging troops to seek help or support those who do.

"There are actual concrete examples of people that are suffering illness and it's not like ... you go for care for a while, then you're kicked out.

"We've created a system where, for the most part, people are buying into that."

Counsellor Greg Lubimiv, executive director of the Phoenix Centre for Children and Families in Pembroke, Ont., works with military parents and their kids.

The centre is located about a 30-minute drive from CFB Petawawa.

"I think there are more soldiers coming forward but certainly I'm still hearing about soldiers who are reluctant to be identified within the military," he said.

"Families will say we prefer driving to Pembroke even though we have a [counselling]office right on base.

"There is hesitation, there is worry, there is concern," despite dramatically increased acceptance of mental health issues by the military, he said.

The Phoenix Centre is one of few across Canada to receive significant funding - more than $200,000 a year - to counsel military families off base in the community, Mr. Lubimiv said.

The stigma that still exists against mental breakdown in mainstream society is exacerbated in the Canadian Forces, he added.

"As a soldier, you're built to be strong and tough and to make good decisions and do what you need to do in the best way possible.

"If something threatens that, you don't want people to think you're not a good soldier."

new
Trainers going to Afghanistan will be posted outside Kabul
April 20, 2011 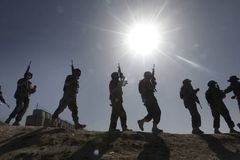 Canada will 'continue to plug away' despite Afghan jailbreak: Harper
April 26, 2011 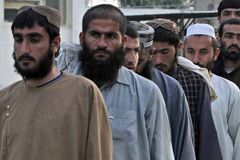