Thousands of aboriginals who argue the federal government robbed them of their cultural identities finally get their day in court this week but will have to wait months for Canada to make its case in the unprecedented class action Ottawa has fought every step of the way.

The plaintiffs and supporters from all over Ontario are expected to rally at the courthouse on Tuesday as their lawyers press for summary judgment in the legal battle started in February 2009.

The lawsuit turns on a federal-provincial arrangement — now dubbed the '60s Scoop — in which Ontario child welfare services placed as many as 16,000 aboriginal children with non-native families from December 1965 to December 1984.

Their unproven claim alleges the children suffered a devastating loss of cultural identity that Canada negligently failed to protect. The children, the suit states, suffered emotional, psychological and spiritual harm from the lost connection to their aboriginal heritage. They want $1.3 billion in various damages — $85,000 for each affected person.

"This is the first case in the western world (about) whether a state government has an obligation to take steps to protect and preserve the cultural identity of its indigenous people," said Jeffery Wilson, lawyer for the plaintiffs.

The plaintiffs' motion for summary judgment to be heard Tuesday essentially calls on Superior Court Justice Edward Belobaba to decide the case based on the evidence the court already has without the need for a full trial.

Canada has previously tried to have the case thrown out as futile. Among other things, Ottawa argues it was acting in the best interests of the children and within the social norms of the day. However, Divisional Court ruled in December 2014 that the plaintiffs deserved a chance to argue the merits of their position at trial.

"It is difficult to see a specific interest that could be of more importance to aboriginal peoples than each person's essential connection to their aboriginal heritage," the three-justice panel concluded.

In early March, the courts ruled the action should proceed over two weeks, starting Aug. 23. However, much to the chagrin of the plaintiffs, the government late last month asked for a delay, saying it needed more time to come up with experts to counter the claims. The court refused.

But with buses ordered and courthouse rallies planned for Tuesday, the prospect of more government appeals and delays prompted the plaintiffs to agree to the one-day hearing. In exchange, the government since filed thousands of pages of materials, but has until November to file expert evidence. The hearing is slated to resume for two days on Dec. 1.

Wilson said he hoped the hiatus would allow for a negotiated settlement — a tack the Liberal government now appears to favour. Indigenous Affairs Minister Carolyn Bennett said last week she would like to see the case discussed at the table rather than in court.

The Ontario case differs from scoop lawsuits in several other provinces in that it does not take legal issue with the placement of Indian children in non-aboriginal homes because it was done under court orders in the best interests of the child.

In addition, Ontario was the only province to sign a formal agreement with Ottawa to take over the protection and adoption of First Nations children. The case turns on a single provision the plaintiffs say essentially required the federal government to consult Indian bands and maintain oversight of the children's welfare.

"I lost everything, including my name. I lost my family. I lost my language. I lost everything about my culture," Marcia Brown Martel, the representative plaintiff in the Ontario case, told The Canadian Press. "This should never have happened. It was wrong."

Martel, a member of the Temagami First Nation near Kirkland Lake, Ont., was taken by child welfare officials and adopted by a non-native family as a child. She later discovered the Canadian government had declared her original identity dead.

"This moment is an opportunity for Canada to put an ugly legacy behind us," the letter states. 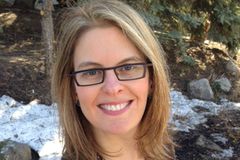 The dark forces behind the disappearance of Angeline Pete
May 19, 2017
The Taken: Five women, five serial killers and how their paths came to meet
June 19, 2017
The Trafficked: Sexual exploitation is costing Canadian women their lives
July 13, 2018 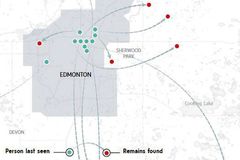 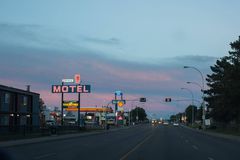