He was on his way to see his estranged daughter. Instead, he disappeared in the maws of the British detention system.

An 84-year-old Canadian suffering from dementia died in handcuffs while he was held in an immigration lockup in Britain, a new watchdog report reveals.

The frail man, who suffered from Alzheimer's disease, had been refused entry to the U.K. while in transit at Gatwick Airport in January 2013. The authorities sent him to the Harmondsworth immigration removal centre, where he was held for nearly two weeks before his sudden death.

"Detention seemed to have been used as an inappropriate default for a man who required social care," said the report released Wednesday by a U.K. government agency, Her Majesty's Inspectorate of Prisons.

The 116-page report stemmed from an unannounced inspection last August of the controversial Harmondsworth centre.

The report does not give the man's identity but the U.K. Borders Agency previously confirmed his name as Alois Dvorzac when contacted by the Globe and Mail last February. The agency refused to give more details, saying there was an ongoing investigation.

"He had been in handcuffs for approximately five hours when he died, still wearing them," the report said.

The Canadian High Commission in London wasn't alerted to Mr. Dvorzac's fate until he died, an official said.

Canadian diplomats were apparently kept out of the loop because Mr. Dvorzac, who was on his way to meet an estranged daughter in Slovenia, listed on his passport a former caregiver as his next of kin.

After the offices of Canadian Foreign Affairs Minister John Baird and Secretary of State for Consular Affairs Lynne Yelich were contacted for reaction, a ministry spokesperson replied with an e-mail saying "Our thoughts are with the family of the Canadian deceased in the UK.  Canadian consular officials are in contact with local authorities concerning the matter."

Mr. Dvorzac's case was one of two instances in which ailing elderly men died after being manacled while held at Harmondsworth, the inspection report said. "These are shocking cases where a sense of humanity was lost."

Located just north of Heathrow airport, Harmondsworth is the largest facility of its kind in Britain and can hold about 660 men.

On its website, GEO Group U.K. Ltd , the private firm contracted by the British government to run the centre, mentions that Harmondsworth's facilities include a cinema, a fitness centre and a library.

The report, however, paints a grimmer picture.

"Some rooms were overcrowded and much of the centre was dirty and bleak. Engagement between detainees and staff was just adequate and too many staff seemed confined to their offices," it said.

"It was hard to dispel the feeling that Harmondsworth was in a state of drift."

When contacted by the Globe and Mail, GEO Group U.K. Ltd said it could not provide a spokesman for a telephone interview because it has to clear all comments with the U.K. Home Office.

In an e-mailed statement, GEO said handcuffs are only used "where there is a documented risk of absconding."

The inspection report, however, notes the "grossly excessive use" of restraints. It cites, for example, a wheelchair-bound detainee who was manacled "for no obvious reason" while he was transported to hospital. In another case, a dying man remained manacled while under sedation on his hospital bed.

In addition to his dementia, Mr. Dvorzac also suffered from diabetes and heart problems.

The report said a doctor saw him on Jan. 23 and issued what is known as a Rule 35 report, signalling to the centre's manager and the Home Office that further detention would affect his health.

The inspection report said the caseworker failed to respond to the Rule 35 report "and had had to be chased twice before he had replied on 5 February, acknowledging the man's vulnerability and lack of contacts in the U.K."

After an attempt to remove him on Feb. 6 failed because he was deemed unfit to fly, Mr. Dvorzac was returned to Harmondsworth.

During a hospital visit on Feb. 10, he was kept in handcuffs for five hours when he died of a heart failure. His handcuffs were only removed after his heart had stopped and CPR started, the report said.

Mr. Dvorzac's case is now being investigated by the Prisons and Probation Ombudsman. However, the probe won't begin until a forensic pathologist confirms the cause of death, said spokeswoman Jane Parsons. A coroner's public inquest is also expected.

"Clearly, performance by the contractor running Harmondsworth has been below the high standard expected … We will be scrutinising our contractor's performance closely," British Immigration Minister Mark Harper said in a statement released by the Home Office.

"The use of restraint in this case seems completely unjustified and must not be repeated. Clear instructions have been issued making clear that restraint should only happen where absolutely necessary." Opinion
You have to figure immigrants out to win elections
December 30, 2013 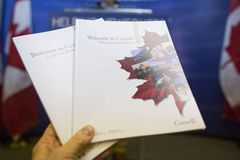 Four ways to save money on consular assistance to Canadians abroad
January 14, 2014 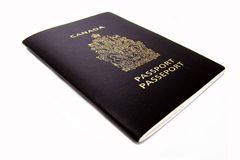