Graham Alexander was at a morning business meeting when his phone started buzzing with frantic calls and text messages from the staff at his hotel nearby, who said scores of armed men had arrived and were evicting everyone.

Mr. Alexander raced back to his 24-room hotel, in the Mexican resort town of Tulum, on the east coast of the Yucatan peninsula.

He said he found the entrance padlocked, his guests out on the street and the furniture being tossed away. Two burly men told him to leave "or we'll take care of you," he said.

It was the morning of June 17. More than two months later, the Canadian businessman is still fighting to get back his hotel, despite concerns for his safety and puzzlement that the men he holds responsible for his misfortune may be in Canada.

What happened to Mr. Alexander, a former Vancouver resident, was not unique. According to Mexican media reports, he was among more than a dozen hoteliers and other hospitality entrepreneurs who were evicted that morning in an ugly land dispute.

It was a cautionary tale about doing business in Tulum, a once sleepy village on the Riviera Maya that has now grown into a tourist hot spot with boutique hotels, fashion shops and yoga classes.

The June 17 evictions were only the latest episode in an ongoing feud over who owns the land accessing the palm trees and white sand of Tulum's beaches.

Those supporting the eviction say it was a move to return the properties to people who actually held title to that land.

But the hotel operators say they were muscled out of prime locations by rivals from another Mexican state.

Mr. Alexander paid the municipality of Tulum his local taxes for this fiscal year, according to an injunction application he recently filed in a Cancun district.

Most of the land in Tulum was once part of an ejido, communal farm land, but Mr. Alexander said he bought a lot that had been legally converted to private property more than a decade ago. His injunction application states he has official copies proving he owns the property.

He has had his human rights violated and lost his assets, all without a trial, the application alleges.

The court docket identifies four members of a business family from Monterrey, the four brothers Schiavon, as the people who have challenged him for ownership of the land.

"I feel completely robbed. I put up way over $1-million to build this hotel. We put all this effort over so many years, believing we were the owners," Mr. Alexander said.

"And these guys come in and do it as they did. If it was a legitimate operation, they would have never sent guys with machetes."

Because he has dual Canadian-Mexican citizenship, Mr. Alexander is not bound by local law, which limits foreign ownership of land.

Around 2014, he received a warning from a neighbour, Roberto Palazuelos, a fellow hotel owner who is also known in Mexico as a television actor.

Mr. Palazuelos told the Canadian that businessmen in Monterrey, a city 1,400 kilometres north, had a claim on the land. The actor suggested that Mr. Alexander try to make a financial settlement with the Schiavons.

In an interview, Mr. Palazuelos said he bought his beachfront property 16 years ago, then realized that three families, two from Monterrey and one from Mexico, had ownership claims to several lots in the area, including his.

He said he agreed to pay the Schiavon brothers, and got a good deal, $250 per square metre for land that is now worth four times that sum.

He said he then urged other hoteliers to settle with the Schiavons. "I tried to help as many people as I could," he said.

One of the evicted hoteliers, a Mexican man who didn't want his name published, confirmed he had heard Mr. Palazuelos's advice. But he said he had been counselled by his lawyer that he was the rightful owner and paying the Schiavons would legitimize their claim.

Mr. Palazuelos said there was no ill intentions when he told his fellow hoteliers to buy their titles from the Schiavons. "That's not extortion. That's fighting for something that is yours."

The morning of June 17, Mr. Palazuelos's hotel was one of five that were spared. "Thank God my hotel was not in that eviction," he wrote that day to his 97,000 Twitter followers.

Renaud Jacquet, whose beachfront rental villa, Behla Tulum, was among the targeted properties, said about 300 men in black T-shirts marked with the word "Security" arrived, armed with machetes and sticks.

The men said they were acting on an eviction court order. However, Mr. Jacquet said, the court order mentioned a complaint about a female tenant who allegedly was leasing the land from the Schiavons and had defaulted on her rent.

As a result, Mr. Jacquet and the hoteliers were not parties to the court hearing and weren't notified that they would be expelled. "It's a complete aberration," he said.

Mr. Alexander has since left town to an undisclosed location in Mexico. He said he had received telephone threats and a lawyer representing the Schiavons has accused him of leading protests against them and threatened to file a criminal complaint against him.

He is also intrigued about the prospect that the Schiavons might have a footprint in Canada. At a meeting with evicted hoteliers, a lawyer representing the Schiavons had remarked that some of the brothers were in Canada.

A lawyer for the Schiavon brothers didn't reply to requests for comment.

Mr. Alexander and the other evicted hotel owners have now turned to the courts to seek injunctions. Some went to Mexico City to lobby politicians.

They are also hoping that the election in their state, Quintana Roo, where the Institutional Revolutionary Party (PRI) of the incumbent governor, Roberto Borge, was defeated, will be a turning point. They are hoping that his successor, Carlos Joaquin Gonzalez, who takes office next month, will not tolerate the mess in Tulum.

A representative of the current governor did not respond to a request for comment.

"I just want my hotel back," Mr. Alexander said. "I bought it in good faith." 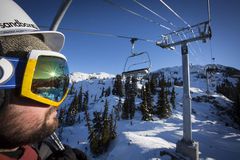