The greater sage-grouse is known for its elaborate courtship dance on the Prairies, but its enthusiastic display of virility might not be enough to save the endangered species from being wiped out in Alberta as soon as next year.

Just 13 males were spotted strutting their stuff in southeastern Alberta this year, marking a nearly 98-per-cent decline from 613 in 1968, when the provincial government started keeping track of the species. At a two-to-one female-to-male ratio, experts suggest there are at best 40 sage-grouse left in Alberta, while a small remnant population hangs on around Grasslands National Park in Saskatchewan.

An emergency summit of conservationists and biologists is set for next week in Calgary in a desperate bid to save the ground-dwelling bird. The Alberta government already took the unprecedented step last spring of importing sage-grouse from Montana. But critics say governments aren't doing enough to protect the birds, particularly from the booming energy industry, which operates around their habitat.

"They're on their way to extinction and it's driven almost exclusively by oil and gas development in this province," said Mark Boyce, a biologist at the University of Alberta.

The species doesn't respect boundaries, and saving it is further complicated by jurisdictional wrangling between provinces, which are responsible for managing wildlife, and Ottawa, which has regulatory teeth that it's loath to use. The federal cabinet could order the provinces to act, but that has never happened under the Species at Risk Act.

Before Europeans settled the continent, millions of birds pranced across the western United States and Canada's three westernmost provinces. But the amenities of modern-day life – energy development, roads, subdivisions, power lines, crops and irrigation – have fragmented and destroyed native sagebrush habitat upon which the birds rely. Sage-grouse habitat in Canada has shrunk to 6,000 square kilometres, or 6 per cent of its historic range. They've been squeezed out of British Columbia, and the most viable population remains in southwestern Saskatchewan, where there are perhaps 100 male sage-grouse, down from 515 in 1987.

The sage-grouse has been federally listed as endangered since 1998, but numbers have plunged dramatically since then. In one of its recovery plans, Ottawa noted that the number of males at "leks," or breeding grounds, in southern Alberta was cut by half during the oil boom in the 1980s, and that oil and gas wells and pipelines affect more than a quarter of habitat across the species range.

In 2008, environmental groups turned to the courts claiming Ottawa failed to identify critical habitat. A federal court agreed, and ruled in 2009 that Ottawa had acted unreasonably and ignored its own scientific evidence.

Mark Wayland, Environment Canada's head of the Species at Risk Recovery Unit for the Prairies and North, said an action plan for Saskatchewan is expected by March and then attention will turn to Alberta. "It's not a quick process. It's a complex issue we are dealing with," he said.

The U.S. is in the midst of a $112-million (U.S.) recovery program to bolster the estimated 200,000 sage-grouse left across 11 states. It was launched last year in lieu of listing the species as endangered under tough U.S. regulations, which the oil, gas and wind industries opposed.

"This is the energy's worst nightmare if sage-grouse is listed," said Tim Griffiths, the Montana-based co-ordinator of the Sage Grouse Initiative with the Natural Resources Conservation Service, which is part of the U.S. Department of Agriculture. "If the bird's listed, western economies associated with energy come to a screeching halt."

The program protects habitat and removes hazards such as fences. Early signs point to success.

Canada's efforts have been patchwork. Pat Fargey, the species at risk specialist at Grasslands National Park, said cropland has been reclaimed, sagebrush has been planted and a U.S. migration path is now protected. He said the population has declined but remains fairly stable: 35 males were counted in Grasslands this year, down from 65 in 2000.

Mr. Fargey said there is reason to be optimistic, adding, "Obviously, a national park has an advantage."

In Alberta, industry must now apply through an enhanced approvals process to minimize development. "Development in that area is not at the level that was seen 30 years ago, but it is not zero," said Darcy Whiteside, a spokesman with Alberta Sustainable Resource Development.

The Canadian Association of Petroleum Producers doesn't have a position on sage-grouse habitat. But Suncor Energy, Traverse Energy, Bonavista Energy, Chinook Energy and Fortis are contributing funds to the first of what could be a four-year program to bring sage-grouse to Alberta from Montana. "As a company that has operations in the area, Suncor wanted to do our part," said spokeswoman Sneh Seetal.

Unless habitat is cleaned up, Prof. Boyce said sage-grouse could vanish from Alberta's landscape by next year. "It may be too late already," he said. "But until they are all gone, we'll keep going."

Hunter facing jail for polar bear he shot a decade ago
August 24, 2011 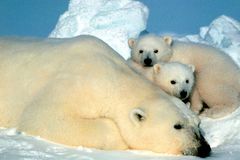 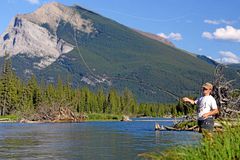 That's bananas! The potential demise of the world's most popular fruit
August 9, 2011
Follow us on Twitter @globeandmail Opens in a new window
Report an error Editorial code of conduct
Due to technical reasons, we have temporarily removed commenting from our articles. We hope to have this fixed soon. Thank you for your patience. If you are looking to give feedback on our new site, please send it along to feedback@globeandmail.com. If you want to write a letter to the editor, please forward to letters@globeandmail.com.
Comments