Rajendra Kale remembers his colleagues asking whether he was scared to publish an editorial about Asian immigrants and the abortion of unwanted girls.

A neurologist by training, Dr. Kale was the interim editor-in-chief of the country's leading medical publication, the Canadian Medical Association Journal. He wanted to win the job on a permanent basis. He had shown a talent for writing bold editorials, but outspokenness is not always seen as a virtue.

"I was immediately cautioned that 'you're painting all South Asians with the same brush and you're going to damage whatever interethnic relationships exist,' " Dr. Kale said. "Trust me, I was warned."

But he did not shy away. There's something about him that is different, he says. He's willing to cause a fuss, even if it makes his life difficult. "I believe injustice is done when people keep quiet. I feel morally compelled to write these pieces."

On Wednesday, two days after the editorial on sex selection appeared and generated a flood of commentary in the Canadian media, the Canadian Medical Association announced that the new editor of the CMAJ will be John Fletcher, a long-time colleague and friend of Dr. Kale's.

Dr. Kale was disappointed. It was hard to say where he had fallen short. His editorials generated debate, but also plenty of criticism. Although the CMAJ has for years occupied an important space in the Canadian conversation, it remains at its core a medical journal, remarkable for being the one publication that lands on the desk of every physician in Canada. At a time when periodicals everywhere are suffering, was he perceived to be more interested in chasing broader public relevance than in engaging the core readership?

Dr. Kale is mostly silent on the subject. He says only that he is the type to speak up when something is wrong. That makes him popular with some and unpopular with others, he said.

In 2008, he arrived in Canada to help rebuild the CMAJ as it emerged from a turbulent period. A previous editor had been fired after running a controversial story on the availability of contraception. Serious questions had been raised about the journal's editorial independence and it was only slowly regaining its credibility.

Originally from India, Dr. Kale had worked as an epilepsy specialist for many years in the city of Pune. But in 1994 he won a training position at the British Medical Journal in London. He dove into medical editing, and in 2001 decided to uproot his family from India to work full-time at the BMJ.

He distinguished himself as both wise and bold, according to his former editor at the BMJ, Richard Smith. "He will say what he thinks even if it makes people uncomfortable," Dr. Smith said.

After arriving in Canada and finding Ottawa to his liking, Dr. Kale helped to persuade Dr. Fletcher, with whom he had worked in London, to join him at the CMAJ.

At the end of 2011, when Paul Hébert decided to step down after a five-year-term as editor of the CMAJ, Dr. Kale was promoted to lead the journal on an interim basis. Dr. Kale knew about the inherent challenges of an interim job: responsibility for everything and a mandate to do nothing. He also knew his friend, Dr. Fletcher, was vying for the top job.

Dr. Kale announced himself in November with an attention-grabbing first editorial, in which he called hospital parking charges a "user fee in disguise" that violated the Canada Health Act. It struck a chord with the public.

Dr. Kale said the idea for the editorial came from patients he saw at the Ottawa Hospital. There was one in particular, a woman who had suffered a seizure but couldn't describe the episode. Dr. Kale wanted to speak to her husband to ask him about it. The woman said her husband wanted to be at the appointment, but to avoid the exorbitant parking fee he dropped her at the hospital and sat in the car until it was over.

"Here was a man who brought his wife to the clinic, who wanted to be with his wife, but couldn't be there to tell me what happened. The reason for that was parking. I said, 'That is not right. This is Canada. One of the richest countries in the world. So why should parking interfere with the interactions with a patient?' "

"You see the reaction we got from patients, on all kinds of websites. Really heart-wrenching stories. Some I remember very clearly: a young lad who had routine surgery and he told his parents not to come to visit him because it cost $20 in parking every time."

In his next editorial, Dr. Kale decided to take on Canada's national game. He called for an end to violent play, describing the "disgraceful and uncivilized practice of fighting and causing intentional head trauma" that characterizes hockey at its highest levels. As someone more familiar with cricket, to see a referee permit a fight stunned him.

"A couple of my colleagues said, 'Are you mad? You're in Canada, you're waving a red flag here.' People warned me in a friendly way. I said, 'I'm a neurologist. All my life I've been trained to protect the brain. And I see an opportunity here to at least have a discussion.' ... It did create a stir. There were lots of people saying, 'You don't know anything about hockey – why are you writing about it?' My reaction was, 'Yes, but I know a few things about the brain.' "

Dr. Kale grew up in Mumbai as the son of a high-ranking civil servant. His father was the labour commissioner, and Dr. Kale, a Hindu, attended the highly regarded the Jesuit St. Xavier's College. He describes his father as a scrupulously honest man in a dishonest culture. He once asked his father whether, since he was surrounded by corruption, he had ever been tempted to take a bribe. His father replied that none was ever offered. His reputation precluded anyone from trying.

Dr. Kale has a similar reputation for integrity, according to Dr. Hébert, Dr. Kale's boss until a few months ago. He describes him wandering the office with hands clasped behind his back, deep in thought, stopping to offer words of wisdom to colleagues, often in the form of an allegorical story.

He also tends to draw inspiration from cricket. With the response that greeted his third editorial, Dr. Kale achieved the writing equivalent of a cricketing hat trick, which is when a bowler claims three wickets on three consecutive deliveries.

Dr. Kale came across research showing that in Asian-Canadian families of Sikh or non-Christian, non-Muslim faith (a group that is primarily Hindu or non-religious Chinese), those that have two girls are twice as likely to give birth to a male third child. The implication is that families are using ultrasound to determine whether the third fetus is also female and, if that's the case, seeking an abortion. The research fits a pattern that shows unbalanced sex ratios in India and China, probably due to sex-selective abortions.

Dr. Kale wanted to write about it. But there are few things more controversial in Canada than singling out ethnic groups. Throw in a debate about the rights of a fetus versus the rights of a mother and it is a recipe for acrimony.

"I believe this is so wrong, and if it's wrong, I'm going to say it's wrong. It's my job," he said. "I was warned by my colleagues, all well-meaning people, who said, 'Aren't you scared to write this?' "

The answer was no, not really.

Sex-selective abortion is a shameful thing that needs to be exposed, he said. That's part of his vision for the editorial page, to engage society. But there's a difference between being talked about and exercising influence.

"Is success media uptake and profile? It's nice, but it's a means to an end," said Dr. Hébert.

Medical editors are rare. There are few doctors willing to give up the job they have trained for to do a job that is closer to journalism, and one that often carries a lower rate of pay (the CMAJ does pay a doctor-equivalent salary). But rarer still is the chance to run a major medical journal. Dr. Kale had a little more than three months. In that time, he wrote three memorable editorials.

Dr. Kale has said he is not sure whether he will return to the CMAJ. He plans to take a holiday and think about it. Dr. Fletcher said there's always a place for him if he's willing to go back.

Joe Friesen is a reporter with The Globe and Mail. 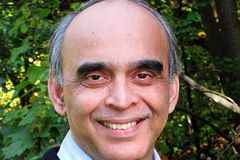 Sex selection is a complex issue with many nuances
January 17, 2012 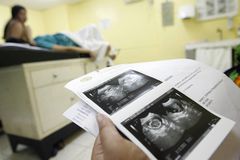