Stéphane Demers has twice crossed the finish line of the Montreal marathon: The first time, he was dead; the second, he was very much alive.

Last year, just 50 metres from the end of his first half-marathon, Mr. Demers collapsed. Paramedics rushed to his aid, performing CPR, then carried him on a stretcher to the nearby medical tent – and, along the way, over the finish line to clock his time at 2:01:24 – where he was revived using cardiac massage and a defibrillator.

"He was clinically dead for seven minutes," said Dr. François de Champlain, the medical director of the Oasis Rock 'n' Roll Marathon. "But he was fortunate in his misfortune – help was nearby."

Mr. Demers, it turns out, suffered from atherosclerosis (blocked arteries) and needed a quintuple bypass.

As part of his rehab, he began running again. In the spring, Dr. de Champlain said, half in jest: "If you run the Montreal marathon again, I'll run with you."

Mr. Demers replied with his own quip: "I'll do it if you carry a defibrillator."

The shared joke soon became a concrete plan, and an important recovery milestone.

On Sunday, the pair ran the five-kilometre race side by side.

"For me, it was symbolic to come back to Montreal and finish what I started," Mr. Demers said. "It was also very emotional."

After the run, race officials surprised him not only with his 5K medal, but the medal that he was unable to collect from last year's 21K race. It was presented by paramedic Michele Frenette, who was the first to give him CPR.

Mr. Demers doesn't actually remember the end of the race. "I was having fun, then I was in hospital."

But TV crews covering the marathon filmed the incident and he was able to watch the tape later. "That helped me understand, but it didn't help me remember," he said.

However, for Dr. de Champlain, a veteran emergency-room physician, the incident is seared in his memory.

"His case was spectacular because it was very public, and it was all filmed," he said. "But you have to remember that, in the end, he was saved by very simple manoeuvres – CPR and defibrillation. These are things anyone can do."

On the day of the race, Sept. 20, 2015, four people actually suffered heart attacks or cardiac arrest. Three of them survived thanks to emergency first aid, and one woman died, a 34-year-old American.

"That day was an anomaly," Dr. de Champlain said. Prior to that, there hadn't been a serious medical incident since 2011, when a 32-year old man died during the marathon.

There are 80 AEDs (automated external defibrillator) located strategically along the marathon route – almost two per kilometre.

But Dr. de Champlain stressed that this is a precautionary measure and that distance running is not a health risk.

"Research shows, beyond the shadow of a doubt, that regular exercise reduces the risk of cardiac death by half," he said.

In fact, a study published in the New England Journal of Medicine that examined marathon and half-marathon races with a total of 10.9 million runners, found there was one death per 259,000 participants. In the general population, the rate is one in 125,000 – more than double.

The study also found, among those who suffered cardiac arrest during distance races, 29 per cent survived, compared with only 8 per cent who usually survive cardiac arrest outside of hospital.

The key, Dr. de Champlain said, is getting people quickly and, in particular, having access to an AED to restart a person's heart.

That's why the race's medical director ran on Sunday carrying a defibrillator on his back.

"It wasn't because Stéphane might need it – he's in good health – it was to raise awareness."

The issue is close to Dr. de Champlain's heart.

In June, 2009, his father was cycling in Quebec's Eastern Townships when he suffered a heart attack. With emergency help far away, he died.

The family created the Jacques de Champlain Foundation in his honour.

The foundation's goal is two-fold: To raise awareness about the importance of having defibrillators in public spaces and to push the government to create a provincial registry.

"I suspect there are a lot of AEDs out there, but we don't know where they are," Dr. de Champlain said. The foundation has created an app, AED-Quebec, that will allow the public to find the closest defibrillator in an emergency – but for it to be effective, there needs to be a central registry. (Manitoba is the only province that has done so.) 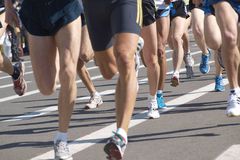 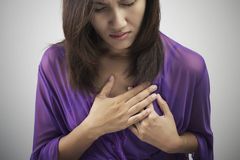