She awoke at 2 a.m. and began her journey along darkened roads and highways. By morning, sleepless and nervous, she pulled up to the plain brick abortion clinic in Fredericton. The protesters were already waiting.

"You have other options," cried a middle-aged woman clutching a rosary, patrolling the sidewalk steps from the clinic entrance. "You don't have to go through with it."

Kimberley's mind was made up. The mother of a toddler, she was pregnant again and wanted an abortion. But as a resident of Prince Edward Island, which doesn't have a single abortion provider, she had to drive over four hours with her boyfriend to New Brunswick, dodge anti-abortion protesters, then pay $600 out of her own pocket for the procedure.

"It's ridiculous that I have to leave my own province. It's my own body, I need to have control over it," said the soft-spoken woman in her mid-20s, who asked to use a pseudonym because her family and friends didn't know she was having an abortion. "And $600 is a fair chunk of money for someone from Prince Edward Island."

Kimberley's experience casts a light on the disparities of abortion access in Canada, an issue thrust to the forefront as maternal health and reproductive rights is set to dominate next week's G8 summit. While decades of court battles and debates have led Canadians to view abortion access as a given, the on-the-ground reality looks like a country carved into have and have-not communities.

A woman in Montreal, Toronto or Vancouver will have no difficulty getting an abortion if she wants one. She can take a bus or subway and choose from any number of hospitals or freestanding clinics. She can benefit from big-city anonymity to boot.

But abortion providers are nearly all concentrated in a 150-kilometre band along the United States border. Women in rural and northern communities face daunting travel distances. A national pro-choice group recently helped a woman from a small town in Northern Ontario travel over an hour to a bus station in Thunder Bay, where she embarked on a 26-hour bus ride to get an abortion in London, Ont.

"Abortion doesn't have to be illegal in order to be inaccessible," said Christabelle Sethna, an associate professor at the University of Ottawa who is completing a federally funded study on abortion access in Canada with co-researcher Marion Doull. "There are a myriad obstacles women come up against."

Her preliminary findings indicate nearly 23 per cent of women who have obtained abortions in a freestanding clinic had to pay for it up front; 15 per cent travelled more than 100 kilometres from home.

"These travels are cloaked in silence," Prof. Sethna said, "because there is still a stigma surrounding abortion."

No province underscores the uneven landscape of abortion access in Canada like New Brunswick, where feuding visions over the issue converge in broad daylight outside the Morgentaler clinic in downtown Fredericton every week.

Here in this conservative-minded city, just a stone's throw from the New Brunswick Legislature and under the eyes of morning commuters, women who have booked appointments run up against anti-abortion protesters carrying placards reading "Let Babies Live."

The activists easily mobilize in the morning, since the New Brunswick Right to Life Association occupies the gable-roofed building right next door; an anti-abortion supporter bought it in 2000.

"There is more public opposition to abortion in New Brunswick than elsewhere, and we're articulating that," said Peter Ryan, executive director of the group. "We believe the current restrictions against abortion should be maintained. These are good things for women as well as children."

Among those restrictions: New Brunswick requires two doctors to sign off if a woman wants a funded abortion in hospital. And if she opts for an abortion at the Morgentaler clinic, she has to pay for it - a matter that is the subject of a lawsuit brought against New Brunswick by Dr. Henry Morgentaler.

The climate hasn't made it easy for either the patients or the clinic, which is equipped with security cameras, a buzzer and double locks.

Women in the Maritimes are not alone in finding abortion difficult to access. Native women, spread out in isolated communities far from medical services, face a combination of community stigma and vast distances (the federal government pays to fly them south for the procedure). Privacy is close to impossible in tightly bound reserves, where the employee at the local health clinic or band office may well be a relative.

"In these communities, it's all that much more of a taboo," said Jessica Yee, executive director of the Native Youth Sexual Health Network, who travels regularly to native communities. "And coming south for an abortion can be scary. Just the travelling portion alone can be troubling, coming to the big city by yourself."

Communities with active anti-abortion groups can have trouble recruiting physicians altogether. In Kelowna, B.C., where protesters stage weekly vigils outside the Kelowna General Hospital, a doctor has to be flown in from Vancouver to perform abortions.

"None of the local doctors want to provide care - they don't want to be hassled," Dawn Fowler, Canadian policy and outreach director of the National Abortion Federation, said from Victoria.

Pro-choice groups say some women encounter disapproving medical staff, including doctors, who discourage abortion. Canadian Medical Association policy says physicians can refuse to treat a woman seeking an abortion if it's against their conscience, but shouldn't stall a pregnancy or withhold information about abortion availability elsewhere.

Ultimately, to some women, the notion of choice seems relative. One PEI resident in her late 20s came with her mother and father this week to the Morgentaler clinic in Fredericton to have an abortion, after a six-week delay of waiting and anxiety.

PEI covers the cost for an abortion out-of-province, but only if it's done in a hospital and with a doctor's referral. So the woman tried to follow the rules. She waited to see her family doctor, then got an appointment with a gynecologist, only to learn that when she went for an ultrasound at her local PEI hospital to confirm the pregnancy, the results would not be guaranteed confidential.

The lack of privacy in such a small community ultimately drove her to the Morgentaler clinic, where medical referrals are not required.

"At each step, it was roadblock, roadblock, roadblock," the woman's mother, her face drawn and tired, said inside the clinic. "You finally come to this very difficult decision, and it's one obstacle after another. Young women are being forced into a situation where they can't do anything [about their pregnancy] We say abortion is legal and available in Canada, but that's completely false. It's available for some." 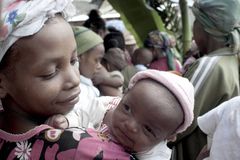 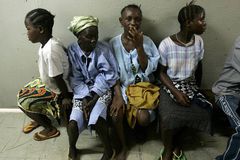