A small-town university in Atlantic Canada has been thrust into the epicentre of a national debate about free speech on campus, amid new allegations a controversial professor has made "racist and transphobic comments" in class.

Critics and supporters of associate professor Rick Mehta have come forward after Acadia University in Nova Scotia launched an investigation following complaints from students, faculty and others about his polarizing views.

A group of Canadian professors dedicated to the defence of academic freedom have condemned the Acadia probe, while Mehta's designated department head says some students at the Wolfville school say they have stopped attending his class because of his comments.

Margaret Wente: You can't say that on campus

The outspoken psychology scholar has made comments about a range of contentious issues including decolonization, immigration, and gender politics.

While his defenders say his voice is an antidote to political correctness run amok, his critics say he attacks marginalized people and perpetuate harmful stereotypes. The situation has exposed the challenge facing universities of balancing the open exchange of ideas with the responsibility of keeping students safe and supported.

Mark Mercer, president of the Society for Academic Freedom and Scholarship, said in a letter Friday that Mehta's views may be unpopular but they do not constitute an attack on anyone.

"I have read many of Dr. Mehta's postings and it is difficult to see how anything in them could be construed as discriminatory or harassing," he said in the letter to Acadia's vice-president academic, Heather Hemming. "If Dr. Mehta's ideas are false or pernicious, they could be shown to be so through discussion and better ideas."

Mercer, professor and chair of the philosophy department at Saint Mary's University in Halifax, added in an email that the investigation is a "frontal assault on academic freedom" and warned that investigating a professor for the content of his opinions would cast a chill over campus debates.

Other professors have also spoken out against the investigation, as well as changes to Mehta's teaching allocation assigning him smaller courses.

In a Feb. 26 letter, Mehta's designated department head, Rob Raeside, detailed some of the complaints against him, indicating that the level of anxiety in the class is high and some students have stopped attending.

"The students have not expressed in writing the precise details of the racist and transphobic comments, but it is clear from their interactions with me that they are extremely disturbed by your comments, some to the point of not going to class," said Raeside, an Earth and environmental science professor. Mehta shared the letter on social media.

The letter offers a glimpse into how the university is grappling with the concerns of students, faculty and others.

Raeside said students have accused Mehta of spending excessive class time on non-class related matters, using non-academic sources for lecture content, testing on content not dealt with in class or in assigned readings and making provocative comments in class.

For example, one student said Mehta spent an entire class on human development speaking about feminism and showing slides denying of the existence of a gendered wage gap, Raeside said.

Statistics Canada has said that women in Canada earn 87 cents for every dollar earned by men, largely because of wage inequality between women and men within occupations.

Meanwhile, a student claimed Mehta spends much of his lectures discussing "what he spins as 'free speech issues,"' rather than teaching the required material, Raeside noted in the letter, adding that students say the material is from "right-leaning fringe websites."

"I fully understand that university teaching should expose students to a range of viewpoints, and especially in a discipline like psychology some of these perspectives may be challenging to students," Raeside said. "However, in a first-year class it is imperative that the approach be well-balanced and must be in line with published resources."

He encouraged Mehta to "stay on topic," noting that digressions on non-psychology topics and his opinions must be relevant and not exceed 10 per cent of class time.

In an interview, Mehta took issue with being told how to organize his class, and insisted his comments encourage students to think critically and engage in robust debate.

"I'm open to criticism but the problem with the letter is it's basically telling me what to do in the sense of micromanaging how I run my courses without taking into consideration it's my area of expertise," he said in an interview.

When asked whether he made racist or transphobic remarks, Mehta said "perception is very subjective."

"I take those issues very seriously, given my own background as first generation Canadian and having grown up with racism, I'm not going to do that in the classroom," he said. "Even if I didn't have that life experience, I just know it's morally wrong to do that in my position as a professor."

Yet Mehta has ignited outrage for saying multiculturalism is a scam and the decolonization movement aims to create a victim narrative, spur endless apologies and bolster compensation to Indigenous Peoples.

On Twitter, he has retweeted a post that said it is "statistically impossible for all Native children to have had a negative experience with residential schools."

The Truth and Reconciliation Commission found that more than 150,000 First Nations, Metis, and Inuit children were taken from their families – often by force – to attend government schools. The commission heard testimony from roughly 7,000 survivors, including graphic details of rampant sexual and physical abuse at the schools, and found at least 6,000 Indigenous children died from malnutrition, disease and widespread abuse.

Meanwhile, Mehta has also said on Twitter that he stands with Michael Thurlow, leader of the National Socialist Canadian Labour Revival Party. The group posted what were described as racist posters on the University of New Brunswick campus last month.

In an interview and on Twitter, Mehta clarified that while he doesn't necessarily agree with Thurlow's point of view, he stands with his right to express his ideas.

"For those of you following my story, let me be clear: I loathe both racism and violence in all its forms. What I DO stand with is the right of ANYONE to free speech, regardless of how reprehensible I may find it," he tweeted.

Mehta, whose faculty web page notes that he's recently become interested in studying the lack of viewpoint diversity within universities, said the reason he strays from the textbook is because he doesn't want to "present information that I know and believe to be biased."

While Raeside said in his letter that students have complained about Mehta "going off on tangents that are not related to the chapter we are reading or about psychology at all," Mehta said some students have expressed gratitude to him for voicing a different perspective on campus.

"The reason it has gotten so divisive is the professoriate has shifted so far to the left now that the views on campus are very limited and biased," Mehta said. "Instead of allowing ideas to be scrutinized, we're using various rules that prevent discussion from actually taking place in the first place."

Parallels can be drawn between the Mehta affair and other high-profile controversies involving outspoken Canadian academics in recent months.

For example, Jordan Peterson, a University of Toronto professor and best-selling author, has been both vilified and extolled for his position on identity politics and political correctness.

The Mehta and Peterson cases have prompted heated debate on social media, often devolving into accusations that the other side's supporters are "social justice warriors" who muzzle free speech or "far-right extremists" who propagate bigoted beliefs. The rigid dichotomy at times has devolved into personal attacks.

Bruce Pardy, a law professor at Queen's University in Kingston, said it's important to distinguish between the legal concept of free speech, which is a fundamental constitutional right, and academic freedom.

"The right to free speech is protection against government censure. It is about the relationship between the state and the individual, and defines to what extent you are protected from government interference with your expression," Pardy said in an interview.

"Academic freedom is about the relationship between the academic and the university," he said. "It limits the university's ability to censure what a professor says."

Pardy said academic freedom is not absolute, and there are what he described as "reasonable boundaries."

However, he said the topic of feminism does appear to be germane to psychology.

"I am not a psychologist but it seems to me ideas about feminism could easily be relevant to a classroom discussion," Pardy said. "That strikes me as not unreasonable. You get into a dangerous situation when the university starts to police exactly what a professor says in class."

He added that the legal definition of hate speech is very limited, with the criminal code prohibiting advocating genocide and wilful promotion of hatred.

David Millard Haskell, an associate professor at Wilfrid Laurier University's Brantford, Ont., campus, said the meaning of "hate speech" is being purposely misrepresented on campus to advance an ideological agenda.

"Many professors and students ... seek to limit criticism against certain minority groups by conflating hate speech with any speech that offends the sensibilities of those minority groups," he said in an email. "Rather than engage in debate, they are able to simply shut down opponents with a cry of 'That's hate speech."' But May Friedman, an associate professor in the School of Social Work at Ryerson University in Toronto, said basic human rights require more rigorous understanding.

"When it comes to things like pronouns or the realities of trans folks existing at all or even just the wage gap, I think it does border on hate speech because it invisibilizes some very real systemic inequalities that people face," she said. "It maximizes those inequalities."

Friedman said some academics appear bent on being provocateurs – even if it hurts students.

"There is way too much evidence to suggest that being a woman, being a person with a disability, being a black or brown person, being an Indigenous person, certainly being a person who is trans or who is queer – all of these things work against us in very measurable, very clear-cut ways," she said. "To negate that or under-estimate the systemic oppressions is for me deeply troubling."

Yet Concordia University professor Gad Saad said nothing should be considered off-limits in the pursuit of truth.

"The idea that hurt feelings should in any way constitute a relevant concern is utter nonsense," Saad, research chair in Evolutionary Behavioural Sciences and Darwinian Consumption, said in an interview from Montreal. "You don't have the flexibility to insult people when you're a professor. You should be respectful, you should be polite. But hurt feelings don't supersede the honest pursuit of truth." 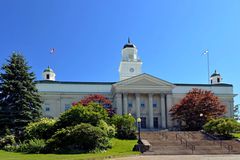