Antonio Accurso's construction empire made illegal donations to the Quebec Liberal Party to meet the targets of a fundraiser who once brought the construction magnate for supper with former leader Jean Charest, the Charbonneau Commission has heard.

Mr. Accurso detailed his political donations over the years to municipal and provincial politicians, saying he felt it was the best way to ensure that government officials would not block or delay his projects.

"No one makes a $3,000 cheque out of conviction," Mr. Accurso told the public inquiry into Quebec's construction industry. "I was afraid of the possibility of reprisals from politicians."

Mr. Accurso said the donations ramped up after a personal request from bagman Marc Bibeau, who once phoned him up to have a meal with Mr. Charest when the Liberals were in opposition.

On his fourth day of testimony, Mr. Accurso also made a controversial statement about an alleged $250,000 donation to wipe out the campaign debt of Jacques Duchesneau, an anti-corruption crusader who made a failed bid to become mayor of Montreal in 1998. Mr. Accurso said he made the donation to one of Mr. Duchesneau's supporters, and that Mr. Duchesneau promised to "return the favour" wherever he landed in his next job.

Mr. Duchesneau, a former top police officer who denounced collusion in Quebec's construction industry and pushed for the creation of the public inquiry, told a radio station in Montreal that Mr. Accurso's assertion was "totally false."

Mr. Accurso did not bring written proof of his payment, but said it was made by cheque and that it could be retraced. It is unclear how far the commission will go to prove or disprove Mr. Accurso's allegation.

Commissioner France Charbonneau asked Mr. Accurso whether he made up the accusation as part of a vendetta against Mr. Duchesneau. The entrepreneur replied that he was "telling the truth."

Regarding donations at the provincial level, Mr. Accurso said he did not receive any specific requests for donations from the Parti Québécois.

He said donations to the Quebec Liberals stopped in 2009 when media stories raised questions about his business practices, including his close ties to union officials and politicians who had vacationed on his four-room luxury yacht.

"I became less popular," Mr. Accurso said of his professional downfall. "That was the bright side."

Mr. Accurso said he found fundraising cocktails to be a "complete waste of time," saying politicians were only interested in the bottom line. "All you need is a cheque," he said.

The commission has detailed a number of destinations all over the world – Maui, Germany, Las Vegas and the Caribbean – where Mr. Accurso offered all-expenses-paid trips to a variety of union leaders. He denied that he sought any specific benefits in exchange for the gifts, saying he made the invitations "out of friendship."

"The boat was like my cottage," Mr. Accurso said, adding he was fed up with all the questions about his yacht. "The use of the boat didn't cost me a lot of money, because it was often rented out and paid for itself."

However, the commission also played a 2009 wiretapped conversation in which Mr. Accurso said: "If the boat is no longer useful as a [public-relations] tool, I'll get rid of it."

In response, on Friday, Mr. Accurso said he used his luxury box at the Bell Centre as a PR tool, but that he saw the boat as a place to entertain his best friends. He said the only person who paid for his own trip on the yacht was former Montreal city councillor Frank Zampino, who worried about the "perception" that would have been created by a free holiday with him. 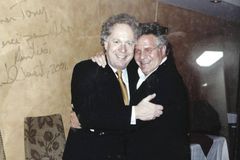 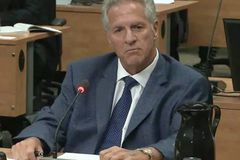 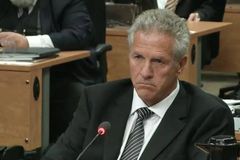