Islamic faith ensures that an Edmonton toddler, allegedly abused and starved for most of her young life by her parents, is on her way to paradise.

When children die they immediately pass into the next life where there is "no pain, no agony, no suffering," Mustafa Khattab, the imam of the Al Rashid mosque, said Friday.

He confirmed the funeral for the two-year-old girl will be held at his mosque, the largest in the city, on Saturday afternoon.

The girl's parents, who face several criminal charges and remain in custody, will also be allowed to attend.

A judge granted an order Friday allowing the pair, who cannot be named, to be escorted by security officers to the service. A condition remains in effect that they not have any contact with each other.

Mr. Khattab said the father and mother are not members of the Al Rashid, but the community is supportive of their difficult situation.

"We pray that God will make it easier."

The girl, known in court documents as M, spent the last three months in a coma, virtually brain dead, while judges decided whether to side with her Muslim parents and keep her on life support or take the advice of doctors and stop life-sustaining treatment.

Doctors testified that the girl had suffered repeated bouts of pneumonia and would have had to face many invasive, risky medical procedures.

They said she had an irreversible brain injury and would never regain consciousness.

Thursday night, after the Supreme Court of Canada rejected an emergency stay of an Alberta Court of Appeal ruling that allowed doctors to remove the girl from a ventilator, she was taken off the machine and died.

The mother and father were each allowed a 20-minute escorted visit with their daughter earlier in the day.

Alberta's top court had agreed with a lower court decision that recognized the religious views of her parents but was concerned about their obvious conflict.

The parents face charges of aggravated assault, criminal negligence causing bodily harm and failing to provide the necessities of life – offences that are expected to be upgraded now that the girl is dead.

Paramedics called to their home on May 25 found the girl and her twin sister suffering from injuries and severe malnourishment. Police said they weighed just 13 and 16 pounds.

The surviving girl is now in foster care, as is an older brother, who had also been living in the home but wasn't injured.

It's not known if the siblings will be allowed to attend the girl's funeral.

Lydia Bubel, a lawyer for the girl's father, told the court Friday that the funeral needed to be arranged quickly because Islamic traditions dictate the girl's body cannot be embalmed.

Members at the mosque are to wash the girl's body, wrap her in white cotton or linen and spray her with special perfumes, said Ms. Bubel.

Mr. Khattab said people will say prayers before the girl is transported to a Muslim cemetery on the south side of the city.

Custom states she will forever lay on her right side, with her head facing towards the holy city of Mecca. 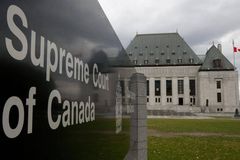 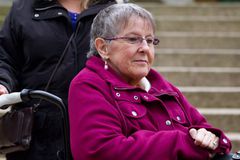 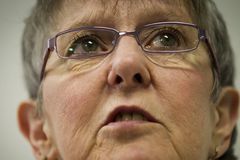 new
The death debate: Is the assisted-suicide ruling a victory or a dangerous step backward?
June 16, 2012
Report an error
Due to technical reasons, we have temporarily removed commenting from our articles. We hope to have this fixed soon. Thank you for your patience. If you are looking to give feedback on our new site, please send it along to feedback@globeandmail.com. If you want to write a letter to the editor, please forward to letters@globeandmail.com.
Comments are closed