The Canadian naval intelligence officer accused of spying led a rich second life as "Baron Mordegan," an avid Internet gamer and a collector of medieval fantasy gear, his ex-wife says.

Sub-Lieutenant Jeffrey Delisle, who was arrested in January, remains in custody after a provincial court judge in Halifax denied him bail on Friday. He's charged with passing state secrets to a foreign country.

In an interview with The Globe and Mail on Friday, Jennifer Delisle said her former husband, 41, was an excessive computer user.

"He admitted he had a computer addiction problem," she said.

SLt. Delisle used the Internet screen handle "Baron Mordegan" during their 13 years of marriage, his ex-wife remembers. They divorced in 2010.

She said he once explained that it came from a 1988 fantasy movie titled Willow.

The George Lucas film, which hit theatres two years before SLt. Delisle graduated from high school, is a sword-and-sorcery tale. There's no character named "Baron Mordegan" in the script, but there is one named "Madmartigan," a renegade warrior who redeems himself.

Ms. Delisle said her ex-husband was already hooked on medieval and military history when she met him at age 15.

The Canadian Forces member devoted hours of free time to the immersive online fare, she recalled.

"He played a lot of games like Ultimate Online, World of Warcraft, and Star Wars, and he actually let our kids play a lot of video games like that too," she said.

SLt. Delisle, she said, would also spend large amounts of money on his medieval fantasy games.

"I remember he would trade weapons online, like a virtual sword for 300 bucks or something. I never really understood it," she said.

In one 2008 online post that Ms. Delisle said sounds as if it was written by her ex-husband, a player using the name "Baron Mordegan" writes of returning to online games after a break and eagerly anticipating new friendships with other players.

"I plan on being a major combatant and leader eventually. ... I hope to get to know all of you over time and definitely look forward to raising swords in victory over our enemies."

Ms. Delisle said her ex-husband was a fan of medieval garb and accoutrements such as silver tankards and medieval tunics.

An eBay user going by the name "Baron Mordegan" bought a load of such gear in 2011, including a medieval Celtic surcoat, medieval Celtic Viking pants, ale tankards, a Celtic ring belt and a chain-mail hood and studded bracers.

The same eBay account also bought a Central Intelligence Agency-theme coffee mug and a giant silhouetted map of the world with all the land masses painted a uniform black.

"He also liked Tom Clancy novels, and I remember one time we went on date and he took me to see Saving Private Ryan," Ms. Delisle remembered, saying this "gruesome war movie" wasn't what she'd hoped to see.

" Black Hawk Down, that was another film he liked."

His online hobbies aside, Ms. Delisle described her ex-husband as a controlling individual.

"Things had to be done his way … he was so private and detached."

She described the last six years before she divorced SLt. Delisle in 2010 as miserable and lonely.

"If you knew him, he was a very black-and-white kind of guy. There was the right thing to do and the wrong thing to do."

SLt. Delisle is first Canadian charged under the Security of Information Act.

SLt. Delisle last worked at HMCS Trinity, a secure naval communications and intelligence centre at CFB Halifax, which is privy to intelligence from Canada's allies, including the United States, Britain and Australia.

Nova Scotia Provincial Court Judge Barbara Beach denied bail to SLt. Delisle on Friday after bail hearings on Wednesday. The media are prohibited from reporting on the testimony from the hearing under a court-ordered publication ban, which was granted at the request of the defence.

SLt. Delisle's lawyer, Mike Taylor, said his client was "disappointed obviously that he wasn't released from custody. He was hoping he would be."

"It was one of those things that could have gone either way," the lawyer said. "There was a lot of significant information the judge had to consider and some significant issues at play, so not completely surprised, but obviously wished it had gone a different way." 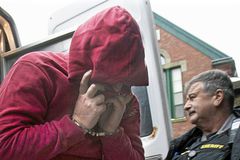 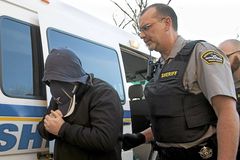 Inside Trinity, the secretive Halifax facility where an alleged spy last worked
May 3, 2018 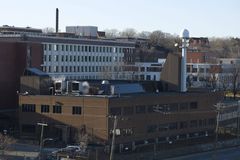 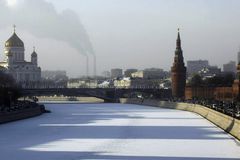