For 13 years, Private Thomas Welch's family has pressed for answers about his death. Now, after a six-month Globe and Mail investigation, the military is acknowledging the soldier ended his life as a result of his deployment and is reversing its initial refusal to recognize his service, Renata D'Aliesio reports

The family of the first Canadian soldier to return from the Afghanistan war and take his own life will receive the Memorial Cross after waiting 13 years for the results of a military investigation into his suicide at the Petawawa base northwest of Ottawa.

The investigation's findings, which were presented to the family of Private Thomas Welch last month after a Globe and Mail report on the case, offered some long-sought answers. But the brief military probe shed no light on several lingering issues, including why a deeper examination of the young soldier's death was never done.

Pte. Welch, a 22-year-old rifleman with the 3rd Battalion of the Royal Canadian Regiment, had been back from Afghanistan for less than three months when he ended his life on May 8, 2004, just hours before he was supposed to board a flight for Thunder Bay, Ont., to be with his family on Mother's Day.

According to a two-page report recently provided to the family, the investigating military officer determined the private's suicide was not connected to his army service – a conclusion reached within 18 days without interviewing his parents and sister.

Now, after hearing first-hand from his family that Pte. Welch became filled with despair and was tormented by nightmares and anxiety after he deployed to Afghanistan in August, 2003, the military has changed that conclusion. On June 14, the Department of Veterans Affairs affirmed that the soldier's suicide was linked to his Afghanistan deployment. Pte. Welch, a big-hearted infantryman who was nicknamed L'il Trooper, will now be recognized among other soldiers whose deaths were deemed attributable to military service and his family will be presented with Memorial Cross honours later this year.

"It's hard to put into words what it means for me and us as a family," said his tearful mother, Anita Cenerini. "Thomas paid the ultimate price. He needs to be recognized for the sacrifice that he made. Our country needs to know all these soldiers who came home from tours in Afghanistan, who fought courageously, who fought with everything that was in them, and they still perished." 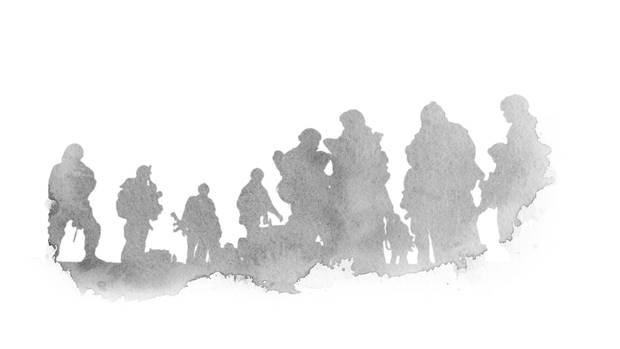 Read The Globe’s full investigation into dozens of soldiers and veterans who died by suicide.

Read the part of the investigation about Pte. Welch here.

Pte. Welch is one of more than 70 Canadian soldiers and veterans who served on the Afghanistan mission and later died by suicide, an ongoing Globe and Mail investigation has revealed. The newspaper profiled 31 of these fallen soldiers last fall.

Suicide is a complex phenomenon and often many factors are involved, such as alcohol abuse, financial troubles and relationship breakdowns. The soldiers' stories showed that many were also dealing with post-traumatic stress or other mental illnesses connected to their experiences on the dangerous deployment. Yet recognition of their military service has been slow in coming.

In the Canadian Armed Forces, if a suicide is determined to be connected to military work, families are supposed to be presented with the Memorial Cross, as well as the Sacrifice Medal, and the soldier's name added to the Canadian Virtual War Memorial and inscribed in the Books of Remembrance, which lie in the Peace Tower on Parliament Hill.

But The Globe's investigation, published in October, revealed that only eight of the 31 families had received the Memorial Cross and seen their loved one commemorated. After a military review of the outstanding cases, that number has now grown to a dozen, while another 15 families are expected to receive the honours soon.

The other four cases remain under review to determine whether the suicides were attributable to military service, according to an update from the Forces.

Lieutenant-Colonel Carl Gauthier, head of honours and recognition for the military, noted that changes have been made to improve co-ordination and communication between the military and Veterans Affairs to rectify medal oversights and delays.

"What we want to do is to make sure that while respecting all the rules and legislation that is applicable, that we try to get the most timely recognition and decisions as possible," Lt.-Col. Gauthier said.

"The families have already gone through so much, having lost a loved one," he added. "We don't want to wait too long and reopen these wounds and make it more difficult for them."

The scant information the military offered after Pte. Welch's suicide in 2004 left a deep void for his family.

The Afghanistan deployment was Pte. Welch's first overseas tour. He had wanted to become a police officer, and thought military training would help him achieve this goal.

A work assessment showed that he was "a solid and dependable solider" who would always try to boost his platoon's morale. In Afghanistan, he was a trusted rifleman with a cool head. His suicide shocked his co-workers. After all, they had survived the war zone.

The Globe's investigation discovered that Pte. Welch was the first Canadian soldier to end his life after serving on the Afghanistan mission. Yet no military board of inquiry was held to determine what happened to the young private and whether his death offered some early lessons for Canada on caring for soldiers after their Afghanistan tours – deployments that continued for a decade after his suicide. A military board of inquiry is a formal process in which a three-member panel can call witnesses, including a soldier's family members, and examine related documents.

A summary investigation, which is shorter and less intensive, was ordered, but its results were disclosed to the family only last month. The summary investigation noted that a review of Pte. Welch's medical files turned up no signs of depression or stress, and Pte. Welch "appeared normal to all who knew him" in the Forces. However, the family members it did not interview saw signs that his mental health had dramatically deteriorated.

They suspected he was struggling with post-traumatic stress. His mother had begged her son to get help, but she said he was reluctant to seek care from the military's health-care system.

Pte. Welch had been drinking heavily with friends the night before he took his life on the Petawawa base. His relationship with his girlfriend was floundering. The investigation report provided to his family indicates he was upset and a friend had tried to console him. A few hours later, he was found hanged in his room.

At a meeting with Pte. Welch's mother and step-father last month at a military base in Winnipeg, retired chief warrant officer Frank Emond listened to Ms. Cenerini recount her son's mental-health struggles and the devastating toll that his suicide, and the subsequent lack of answers, had on her family, including Pte. Welch's younger brother, who three years old at the time.

As service manager of the military's Integrated Personnel Support Centre in Winnipeg, Mr. Emond has heard many traumatic stories from soldiers and their families. But he said Ms. Cenerini's account of what she has lived through for the past 13 years affected him like no other.

"In my 20 years-plus of dealing with the ill and injured, I have to admit that this, from an emotional point of view, is probably the worst story I had ever heard," he said. "The reality of what a mother has gone through without support for that length of time."

Support services are now being offered to Pte. Welch's family, Mr. Emond said. He and other staff have also helped with the applications for the Memorial Cross and the Sacrifice Medal. Ms. Cenerini is grateful for the support and recognition of her son's service in Afghanistan.

"When he died, it was like we were just cut off" from the military, she said. "But as a mom of a soldier, I couldn't separate myself from caring for our soldiers in a deep way.

"I feel connected to the military again."

VETERANS AND MENTAL HEALTH: MORE FROM THE GLOBE