She's writing a book, wants to continue learning Spanish and plans to once again dance with Ellen DeGeneres.

But for now, celebrity organ-donation ambassador Helene Campbell is just happy to be home, surrounded by family and friends.

Ms. Campbell was given a hero's welcome Tuesday as politicians, loved ones and adoring fans alike gathered to celebrate the long-awaited homecoming for the double-lung transplant recipient.

After an extended stay in Toronto, Ms. Campbell was formally welcomed back to her hometown of Ottawa by federal Health Minister Leona Aglukkaq and others.

"I am so fortunate that I got that second chance and that I've been rescued from the sinking ship and I'm home now," Ms. Campbell said, breathing deeply and smiling each time she saw a familiar face in the homecoming crowd.

The 21-year-old was admitted to hospital with collapsed lungs almost a year ago, and was diagnosed with pulmonary fibrosis, a medical condition that she could only survive with a transplant.

Rather than sit back and wait for a transplant, Ms. Campbell started a social media campaign in January that gained international attention from the likes of television host Ms. DeGeneres and pop idol Justin Bieber.

Ms. Campbell's transplant team at Toronto General Hospital gave her approval to return home Monday, a little more than three months after she had life-saving surgery.

She called her return home an amazing joy, tempered only by the knowledge that not everyone is as lucky as she is.

Ms. Campbell spoke of another young woman she met in hospital who was forced to go home after she became too ill for a transplant.

"So she got a welcome home which is not the same as mine, and I just want to say that there are such people that do go home to their families, or do go home to heaven if you are believers, or don't make it," Ms. Campbell said.

"And through the process, I am just so fortunate that I am able to speak to you today in this successful story."

The federal health minister has been following Ms. Campbell's story ever since her campaign to raise awareness of the importance of organ donation took on a life of its own.

"She looked beyond her own difficult situation, and chose to use it to help others. She has inspired many as her journey became public over the past year."

She also presented Ms. Campbell with an Inuit knife called an ulu, which represents strength.

Ms. Campbell said she is writing a book about her experiences that she hopes will catapult her organ donor campaign to new heights. She's also been told that she'll be on the Ellen DeGeneres Show again, although she wasn't sure exactly when that will happen.

Ms. DeGeneres has been following Ms. Campbell's journey and has reached out to her to continue motivating people to sign organ donor cards.

She is also taking her health seriously, knowing that she'll be on a lifetime of medication to suppress her immune system and prevent her body from rejecting her new lungs.

But for now, it will be living one day at a time, enjoying life "as Helene Campbell would have before."

One thing she does want to keep private is the relationship between herself and the family of whomever donated their lungs to her. Ms. Campbell said she hasn't yet heard from the donor family, but hopes that one day that will happen.

"Only if they're comfortable," she said of the donor family. "We'll have to wait and see."

new
Hélène Campbell vows to keep up advocacy after double lung transplant
May 24, 2012 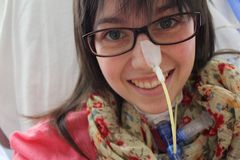 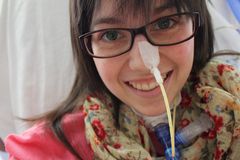 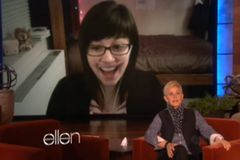 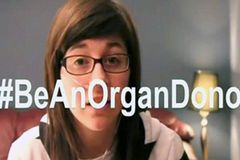