Megan and Grace Phelps-Roper sound like two ordinary young people expressing their enthusiasm in discovering Montreal. "This city is beautiful," says Megan, 27. "I've never been to a place like it before." Grace, 20, chimes in: "It's so diverse."

But there isn't anything remotely ordinary about these two sisters and their journey here. Until last November, they were members of the Westboro Baptist Church, the group, based in Topeka, Kan., widely regarded as one of the most virulently homophobic organizations in the United States. The group, founded by Fred Phelps – Megan and Grace's grandfather – has become infamous for its "God Hates Fags" campaign, one that includes picketing the funerals of gay and lesbian people, and has also picketed synagogues and other Jewish institutions, shouting slogans about Jews burning in Hell.

Megan and Grace began to question the tenets of the church four years ago, and finally decided to leave last November. Breaking with their family, they have driven across North America, arriving in Montreal in early October for a one-month stay, sponsored by members of the Jewish community. They have spoken in some religious studies classes at Concordia University, and will be speaking at Le Mood, a one-day Jewish cultural festival on Nov. 3.

"At the church, so many aspects of your life are controlled," Grace says. "Having this new freedom, this ability to do things as we want to, when we want to, making all our own decisions – we've learned so much this way."

In an exclusive interview with The Globe and Mail, the sisters mapped the road to that freedom. In 2005, the WBC stepped up its picketing campaign, loudly protesting at the funerals of military personnel who had been killed while in service. Mr. Phelps argued that any fatalities endured by American forces were God's punishment for the nation's increasing tolerance of homosexuality. This led one grieving family to sue the WBC for defamation, invasion of privacy and intentional infliction of emotional distress. By 2011, the case had wound its way all the way to the U.S. Supreme Court, which ruled in favour of the WBC's right to protest on First Amendment grounds.

In 2009, Megan recalls, "We started protesting all things Jewish." Megan was already in charge of the WBC's social media campaign, including its Twitter feed. It was there that she began receiving challenges to the church's doctrine by a blogger at the website Jewlicious, L.A.-based Canadian David Abitbol, who pointed to the absurdity of much of the WBC's official line on Judaism and homosexuality.

Megan and Grace started asking themselves what they were up to, and what their church and extended family really believed in. There were, Megan confirms, "a lot of conversations" between them, "not about leaving, but about aspects of the church, the theology and its application. Over time, we started to see things that made us think, 'Wait a second, there's something wrong here. This doesn't fit together.' "

But that questioning proved difficult, due to the strict interpretation of scripture that Mr. Phelps – "Gramps" to Megan and Grace – insists WBC members adhere to. "It was always very much all-or-nothing," Megan explains. "The way the church presents it is, there's the WBC and the rest of the world. And the rest of the world is evil. The WBC is the only place in the world in our generation that is telling the truth of God. Over time, those little things built up, and there were so many of them. Once you step out of it for a second, and you're out of that vacuum, things change."

That led to a decision to leave the square two-block section of Topeka where Megan and Grace say most followers of the WBC live. In what Grace describes as "the hardest day of our lives," the two told their parents and their nine brothers and sisters that they needed to leave the church and their home.

"Hurting my mom was the worst thing of all," Megan says. The discussion led to a number of members of the church stopping in – almost all of them extended family members – to try to convince Megan and Grace to stay. Their family made it clear: If they left, it would be a clean break. "They believe that they cannot care about anything but what God thinks," Megan says. "And they are so sure about what God thinks that there can be no other option."

Since leaving, they have hop-scotched across the continent, with stops including New York, Los Angeles, Des Moines, Iowa, Kansas City, Mo., and now Montreal.

"We were both terrified after leaving," Megan says. "I was afraid we were going to hell. Many times when we were driving, I thought God was going to kill us."

Now, Megan says, "We don't have a set home." They feel a responsibility to help out the Jewish and gay communities, given how much picketing they did aimed at both groups. When they were with the WBC, "You feel like you know everything," Megan says. "You know what's right and wrong." But now, Grace says, "We can be sure of nothing."

Their stay in Montreal was devised by Mike Savatovsky, the director of Le Mood Festival. "David Abitbol introduced us, and we had some Skype conversations," Mr. Savatovsky says. "I thought they had some very interesting things to say, and I liked the idea of having them present their story as an inter-faith connection."

Gay Christian activist Jeff Chu is the author of Does Jesus Really Love Me?, a book about reconciling being gay with the Christian faith. In 2011, he spent several days at the WBC to interview church members about their beliefs for a chapter in his book. "I was surprised a year later to get a call from Megan, who told me she had left the church," he says. "Megan was really one of the strongest voices in the third generation of the Phelps family. They were both junior, but key members of the WBC. They visited and my husband and I went to church with them – something I never thought would happen."

Megan and Grace are uncertain of precisely what they want to pursue now. Grace wants a university education, perhaps in Montreal: "I want to work on a blueberry farm, I want to be an actress, there's so much I want to do." Megan confesses, "I'm at a complete loss. But I do know that I want to do good, to have empathy. Even though we intended to do good [with the picketing], we hurt a lot of people." Despite book offers and even a proposed reality TV show, Megan insists, "We do not want to use our past as a way to make money. We abhor the idea."

The sisters say they think of their family every day. "I won't get to hear my brothers playing piano again or see my parents' hair go grey," Grace says, wiping back a tear.

"The thing is, they are trying to do what they believe is right," Megan says. "We were taught that everyone outside the church wasn't trying to do good. We know that they hurt so many people, and we see that now, but the majority of them are doing it from good intentions." 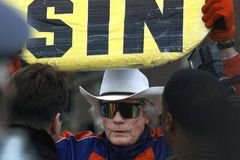 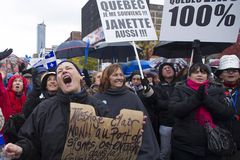