Every day for the past 2½ months, in the public gallery and hallways of the London, Ont., courthouse, Dirk Derstine was a constant topic of speculation.

He is the defence lawyer who represented Michael Rafferty, the man convicted last week of kidnapping, raping and killing eight-year-old Victoria (Tori) Stafford. Everyone wanted to know: who could stand up for the defendant in such a horrific crime, one of the highest-profile cases in Canadian history, and why?

In an interview Sunday at his Toronto home, Mr. Derstine offered a simple explanation: his work is to guarantee an accused the right to a fair trial.

"I'm not a judge. My job is to pull on one end of the rope. That's what I'm paid to do. Pull, pull, pull and we'll see how we come out at the end of the day," he said. "If I start thinking '[my client]may well be guilty, I better slow down on my pulling,' then the whole system goes out of whack."

While he does consider his clients' guilt, he said, it's largely for tactical reasons: he has to understand how a jury will see them.

"Overwhelmingly, you tell yourself 'it's not my job to pursue it along those lines.' If you put my feet to the fire and asked me to tell you what I really thought happened, I'd probably have to take a minute and think what happened," he said.

Far from a household name before the trial, Mr. Derstine is nonetheless a veteran criminal lawyer with nearly two decades of experience. He runs a small law firm in Toronto's west end and specializes in defending accused murderers.

He took on Mr. Rafferty's case just weeks after the young man's arrest, when it was referred to him by another defence lawyer.

Spectators admired his courtroom skill. During his cross-examination of Terri-Lynne McClintic, Mr. Rafferty's ex-girlfriend and partner in crime, he dredged up her history of violence to shift blame for Tori's death onto her.

He also won two major pretrial victories: first, he obtained a sweeping publication ban on details of the crime revealed when Ms. McClintic pleaded guilty in 2010. He also got a judge to exclude the contents of Mr. Rafferty's laptop – including child pornography – from trial evidence because police did not have a proper search warrant.

Through it all, he maintained a courteous demeanour in front of the jury, getting along well with prosecutors and limiting his cross-examination of most witnesses, allowing the trial to move quickly.

What was it like defending a man who attracted so much public hatred?

Most people are perfectly okay with the fact that I'm the one defending it. In this particular case, all of the family of Tori Stafford were extremely nice with me: Rodney Stafford [Tori's father]bought me a coffee, shook my hand. But what's difficult, frankly, is the anger and vitriol that's directed towards me personally for doing my job. During the course of this trial, I would be getting hate e-mails. Some of them are pretty disturbing, they're not specific threats of death, but they're beyond the ordinary Twitter vitriol – "you and your family ought to suffer" – that sort of thing.

Did the public attention make this case different for you?

The biggest thing was not so much the amount of attention but the extraordinary volume of disclosure and the extraordinary amount of resources in the prosecution. I don't know that there's ever been a case in Canada that's had this much of an investigation behind it. We were given in the realm of 5 to 10 per cent of the resources the Crown attorneys had to prepare for this case. The amount of videotaped interviews alone eclipsed by a factor of six the amount of preparation hours I had.

The defence lawyer is the fundamental bulwark for the individual citizen accused of something by the state. The state has tremendous resources and they are usually backed up by the indignant and overwhelming support of the common people. It is extraordinarily easy for everybody to rush to judgment. To ensure that is not done, you have to pass through somebody like me. My role is to make sure that if there is a conviction, it is a proper conviction.

Will there be an appeal in Mr. Rafferty's case?

I expect there will be, yes. He's been found guilty of everything, so there's literally no downside in trying. One of the grounds that I expect would be appealed would be the decision for the change of venue [The trial was moved from Tori's hometown of Woodstock to London, which is only 45 kilometres away.]I'm not likely to be the primary appeal lawyer and it's not going to be my call.

How did the jury decide Michael Rafferty was guilty?
May 13, 2012 Tori Stafford's hometown begins to heal after Rafferty conviction
May 12, 2012 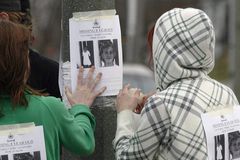 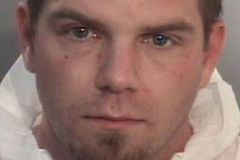 Careless mistakes were Rafferty's undoing
May 11, 2012 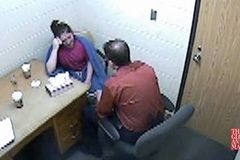 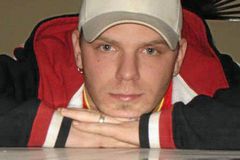 Tori Stafford's family celebrates as Rafferty found guilty on all charges
May 11, 2012 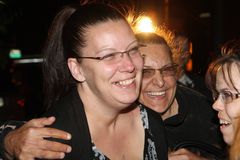 Michael Rafferty's future: isolated with slim hope of ever getting out
May 12, 2012 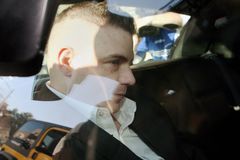 Reactions to Rafferty's guilty verdict
May 12, 2012