A pair of Air Transat pilots are to appear in a Glasgow court on Tuesday after being arrested at the city's airport on allegations they were under the influence of alcohol while preparing for a flight to Toronto Monday afternoon.

"Police Scotland can confirm that two men aged 39 and 37 years have been arrested in relation to being allegedly impaired through alcohol under the Railway and Transport Safety Act 2003," a police spokeswoman said Tuesday. "They are going to be appearing at Paisley sheriff court today."

The spokeswoman said the pilots were arrested at the airport, although she wasn't certain how police were made aware of the pilots' conduct. "They found out somehow. They will have breathalyzed them and they'll have been over the limit."

Air Transat confirmed the arrest and said the flight has been rescheduled.

"Air Transat has learned of the arrest on July 18 of two crew members assigned to its Glasgow-Toronto flight," Air Transat said in a statement. "We will await the results of the investigation and judicial proceedings before …making any further comments. The safety of our crews and passengers is, and will remain, a top priority at Air Transat."

Local media reports say the pilots were arrested as they were in the final stages of preparing to take off on the flight which carried about 250 passengers.

"It's believed the pilots and other cabin crew were on the plane and had started to do their checks and prepare for boarding," The Scottish Sun quoted a police source as saying. "It's claimed other members of staff noticed their behaviour was odd and reported them to the police because they thought they'd been drinking." 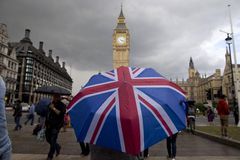 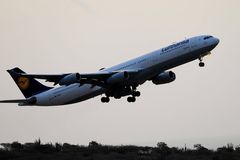