The Mohawk band council of Akwesasne, Ont., has introduced what is considered the first indigenous legal system in Canada outside a federal framework.

While First Nations band councils have been passing and enforcing legislation on reserves across the country for decades, those bylaws are either tied to the Indian Act or within a self-governance agreement with the federal government.

What's special about the new court law passed by the council of Akwesasne – a reserve that straddles the Quebec, Ontario and New York state borders – is that it was drafted by the community and independently of Ottawa.

"We did it and our community is behind us," said Joyce King, director of justice in Akwesasne. "It's a historical moment. It's the first in Canada."

Justices and prosecutors must enforce 32 laws that cover civil matters including tobacco regulations, sanitation, elections, property and wildlife conservation. Criminal matters are still settled outside the territory, in federal or provincial courts.

Akwesasne's council decided to mix aspects of Canada's justice system with Mohawk values and principles such as considering the talents of the offending party and using them to benefit the community.

For example, if someone spraypaints graffiti on a school wall and the offender is a great lacrosse player, the law stipulates the person can be ordered to teach students how to play the sport.

"This law looks at the person, what offence they committed and how they can restore balance between the (offender), the victim and the community as well."

McGill University Prof. Kirsten Anker, who specializes in aboriginal peoples and the law, visited Akwesasne in May with a delegation from a Manitoba Cree community that was interested in the Mohawk system.

"It's being looked at as a model and a source of inspiration," she said, adding the Akwesasne Mohawks are "at the forefront in pushing the self-government envelope."

"What's unusual in this particular instance is that the law is not claiming to fit into the (federal) system."

One major issue is whether Akwesasne law will be recognized by provincial and federal courts.

Ian McLeod, a spokesman with the federal Justice Department, confirmed that talks have begun between Ottawa and the Ontario and Quebec governments to draft a framework to recognize the new legal system, but he cautioned "discussions are at the very early stages."

Plaintiffs and defenders under the system, which came into effect Aug. 12, plead their cases in front of a justice – similar to Canada's process – but most of the court's details are decidedly Mohawk.

There are no jail terms, with sanctions based on the concept of restorative justice and the objective of helping "restore relationships and harmony in the community."

Justices do not need a law degree but must be from a First Nation and meet a series of other requirements including having "good character, credibility and reputation in their community."

Candidates, who are chosen by a review commission independent of the band council, receive 10 weeks of training by a law firm, which evaluates them and makes recommendations to council.

Prosecutors are also not required to have a law degree but must have "related post-secondary education or work experience in the field of advocacy."

Those accused of breaking Akwesasne law are allowed to bring advocates to court to speak on their behalf.

Ms. Cole said "a lot of people don't like talking about things; they don't want everyone to know about (what happened). This is where the advocate comes in."

"It kind of gives people a clear picture of how things used to be," she said. 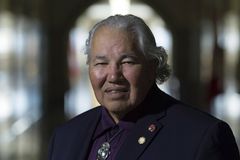 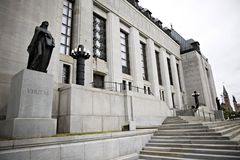 Opinion
Tough calls ahead for Trudeau on aboriginal issues
September 16, 2016