The Alberta government is instructing prosecutors not to waste time and money on serious and violent cases – including first-degree murder – when they have only a "slim chance" of a conviction. Instead, they are being told to accept plea bargains to lesser offences. In minor cases, a police arrest with no prosecution at all "may be enough of a deterrent." And they need not prosecute complex, time-consuming fraud cases if an offender has already faced sanctions from a regulatory body.

The instructions are part of a new "triage protocol" in which prosecutors must now ask themselves, for crimes at the highest end just as at the lowest, whether securing a difficult conviction is worth the effort and expense.

The nine-page protocol, obtained by The Globe and Mail, marks the country's most aggressive approach to reducing the burdens on prosecutors and courtrooms, in response to the Supreme Court of Canada's ruling last July setting strict time limits for criminal proceedings. Alberta is one of two provinces in which a judge has dismissed a first-degree murder charge because of unreasonable delay, since the Supreme Court ruling.

While to some extent the protocol codifies established practice, prosecutors in Alberta and elsewhere in the country say it is the first written policy they are aware of that stresses the importance of resource considerations in prosecutorial decision-making. And the head of a national Crown attorneys' association sees a softening of prosecution standards, between the lines.

Alberta's NDP government issued the protocol last Monday, one day before Edmonton's chief Crown prosecutor stayed 15 cases in Provincial Court because of a lack of resources, and two days before the province's association of prosecutors declared that 200 cases, including drunk driving, weapons offences and assaulting a peace officer, had been stayed in just two months over a lack of prosecutors. No other province is known to be staying cases because of a lack of resources, according to Rick Woodburn, president of the Canadian Association of Crown Counsel.

The protocol, sent to more than 250 prosecutors, says that "even once a file is determined to be prosecutable … and is serious or violent, and therefore a priority, it may still not be worth prosecuting to the fullest extent possible, given the anticipated result and resources required."

It drives that point home by comparing the spending of resources on first-degree murder, the most serious crime in the Criminal Code, to those spent on low-level crimes: "Just as it is not worth flying in out-of-jurisdiction witnesses for minor files, running a trial of several weeks on a slim chance of obtaining a first degree murder conviction when a plea to second degree has been offered may not be an appropriate use of resources."

First-degree murder gives offenders no chance at full parole for 25 years; in second-degree murder, parole may be set at anywhere from 10 to 25 years.

The protocol also says: "Likewise, complicated fraud prosecutions requiring several weeks or months of court time may not be justified if the accused has already faced sanctions from professional or regulatory bodies."

Mr. Woodburn says the meaning he takes from it as a prosecutor is that plea bargains in murder cases are now deemed more acceptable than in the past. "If there was a 'slim chance,' then of course you wouldn't proceed with it," he said in an interview. (The Globe shared the protocol with him.) But he says that at some point, the case is in the hands of a prosecutor because a police officer and the prosecution service have made the call that more than a slim chance exists.

He said that behind "vague language," the protocol sends a message to prosecutors that "maybe you should be taking that second-degree murder [guilty plea].'"

Mr. Woodburn added: "And how are you going to look into the eyes of a victim's family and say, 'we're not going to do that because we don't have the money?'"

On frauds left not to be prosecuted because regulatory bodies have punished an offender, he said the message is "don't worry about the victims – you can just set those [cases] aside because they take too much time."

Eric Tolpannen, head of the Alberta Crown Prosecution Service, said in an e-mail to The Globe that the purpose of triage is "absolutely not to soften prosecution standards for serious and violent crime. Quite the opposite; triage is designed to ensure prosecution resources are focused upon those very crimes. The protection of the public and vigorous prosecution of serious and violent crime is key. Triage is a tool to ensure that we can focus resources on those objectives in a principled and consistent way."

James Pickard, president of the Alberta Crown Attorneys' Association, said the decision of how to proceed on a homicide with a "slim chance" of a first-degree murder conviction has always been based on whether there is a reasonable likelihood of conviction and whether proceeding is in the public interest. Similarly, on fraud, the existence of a disciplinary or regulatory penalty has always been considered as part of whether it is in the public interest to proceed. "What is new," he said in an e-mail to The Globe, "is the prominence that resourcing is to take in relation to our decision making."

William Trudell, the chair of the Canadian Council of Criminal Defence Lawyers, with whom The Globe shared the protocol, called it thoughtful and creative, and said it could become a blueprint for prosecutors across Canada if it is first debated and discussed widely. "The theory here is, 'let's not be afraid to look at any case, even first-degree murder.'" But he was troubled by some points, such as a direction that prosecutors oppose requests for presentence reports or psychiatric reports when the information is unlikely to have an impact on sentence.

The Supreme Court suggested governments revamp their systems or add resources to meet the limits of 18 months in Provincial Court and 30 months in Superior Court, from charge to a trial's completion. Alberta, squeezed financially by a fall in oil prices, has thus far emphasized systemic changes.

The protocol stresses that Attorney-General Kathleen Ganley and the most senior bureaucrats will have their back when they "sacrifice" prosecutions. 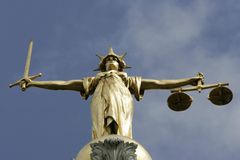