As Alberta faces a shortage of skilled labourers, an Edmonton team is taking its recruitment message south of the border – and to veterans.

The Edmonton Economic Development Corporation, a city-run agency, is turning to the United States to try and ease an estimated shortage of 114,000 skilled workers over the next decade as Canadian talent pools dry up.

One pillar of the effort is posting on VetJobs, an online job board for veterans of the U.S. armed forces, as well as a recruiting session in Seattle and a website, OpportunityAwaits.com. The jobs are within Edmonton and across northern Alberta, including Fort McMurray, the heart of oil sands development.

"We need workers across the entire northern half of the province," said Mike Wo, the EEDC's executive director of economic growth and development. "... Some of the occupations we're looking for do align nicely with former military experience."

The need for workers had eased over the past few years, but has since picked up again. "It is starting to tighten up significantly and quite quickly," he said.

The VetJobs postings are already online, cross-posted to each U.S. state in order to catch more eyeballs. "NOTE: This position is located in Canada," the ad begins, saying Alberta "welcomes newcomers with one of the English-speaking world's best education systems, leading-edge health care, and a quality of life coveted by many." The website was buzzing Wednesday – the Fourth of July holiday – and Alberta is an easy sell to Americans, says VetJobs CEO Ted Daywalt, a retired navy captain.

"This is a big deal," he said from his Atlanta-area office. He started pursuing job postings after hearing about the province's boom – and knowing it's a "conservative" province. "There's not a language barrier, or too much of a language barrier, and the values are very similar," he says. "There's so many win-win-wins, plus-plus-pluses to this deal."

His website is the only online job board the EEDC is using, but the job postings are far from exclusive. They're posted by each company, advertised to unions and will be the subject of a Seattle job fair next month. Alberta's planned capital projects total $193-billion, "equivalent to 211 CenturyLink Fields," one ad says, a reference to the home stadium of the NFL's Seattle Seahawks.

This is the first time EEDC has targeted its job postings to veterans, and its first time holding a job fair in the U.S. (having previously recruited engineers in the United Kingdom at the height of the boom). The EEDC expects to hold another job fair in Chicago this fall. The military connection was a nice fit for some highly skilled jobs, Mr. Wo said.

The jobs have nothing to do with building the Keystone pipeline, as American media are reporting. The pipeline hasn't been approved. "There's roads construction, highways, overpasses, basically everything under the sun. Some of the stuff may be related to pipelines," Mr. Wo said, later adding: "We're not building a halfway pipeline to nowhere."

What Alberta doesn't need, he stressed, is unskilled labour – they are skilled jobs, such as welders, pipefitters and power engineers. They'll be brought in as temporary foreign workers, meaning they can work for up to four years in Canada. Each job requires a Labour Market Opinion, or a government form saying Canadians can't fill the jobs themselves. The United States typically accounts for more temporary foreign workers than any other country.

"We are looking at Canadian workers first, obviously," Mr. Wo said, saying companies have already been recruiting across Canada, including veterans of the Canadian Forces. "They're been quite successful, but the talent pools are starting to run dry." 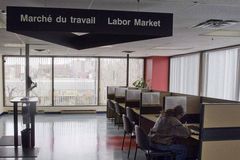 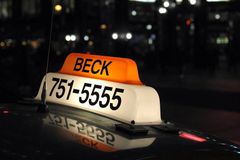