An Alberta politician has been formally charged with paying for prostitutes south of the border in Minnesota.

Mike Allen, member of the legislature for Fort McMurray-Wood Buffalo, was arrested Monday during a police sting in St. Paul.

"The defendant agreed to pay $200 [U.S.] in exchange for sexual intercourse with two women for one hour while wearing a condom," says the statement of probable cause.

"The defendant placed the cash on the counter and began to undress."

The female officer then gave a "bust signal" and other police entered the room and arrested Mr. Allen, the document says.

Single with grown children, Mr. Allen faces a gross misdemeanour charge of solicitation of prostitution in a public place. The charge carries a maximum one-year sentence and a $3,000 fine.

He has been ordered to appear in St. Paul court on Sept. 30.

Mr. Allen issued a written statement Friday saying he had learned about the charge through the media "as expected."

He plans to meet with a lawyer "determine a course of action by the end of next week."

"I would like to reiterate my apology to my family, my friends, my constituents, my colleagues, my staff, and to all Albertans for the embarrassment I have caused," Mr. Allen wrote. "I accept full responsibility for my actions."

Mr. Allen spent one night in custody and was released Tuesday morning. He promptly phoned in his resignation from the governing Progressive Conservative caucus and issued a public apology before flying back to Edmonton.

He continues to sit in the legislature as an Independent. The Opposition Wildrose has demanded Allen give up his seat.

Premier Alison Redford said earlier this week that she was "disgusted" by Allen's conduct, but added that it was up to his constituents to decide whether he should remain as a legislature member.

She said he has repaid the costs of his business trip to St. Paul. He was in the city attending a midwestern legislative conference. 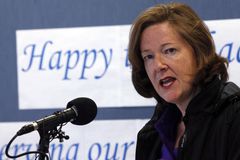 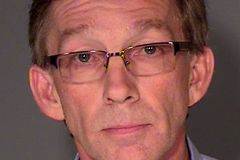 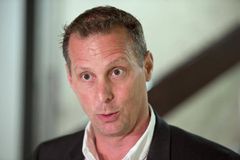