An Alberta commission recommended adding four seats to the province's legislature Thursday, a move critics say satisfies a growing population without having to carve up government-friendly rural ridings.

The Alberta Electoral Boundaries Commission final report gives two new seats to Calgary, one to Edmonton and one to booming Fort McMurray, as previously proposed. It also redraws a number of existing ridings - including two held by members of the Wildrose Alliance, viewed as a threat to the long-ruling Progressive Conservatives.

As such, opposition parties charge that the new boundaries are gerrymandered to favour the PCs, while ignoring urban voters and failing to anticipate population growth over the next decade. They point to a letter, using government letterhead, Alberta Deputy Premier Doug Horner sent three months ago urging partisan boundary changes. He later apologized.

"The Tory caucus fingerprints are all over this report," said deputy Liberal leader Laurie Blakeman. "How could you not be influenced by having the government come forward and say what it would like?"

Ernest Walter, the former chief provincial court judge who served as chair of the non-partisan commission, took exception to the charge.

"Lemme tell ya, no one influences me," Mr. Walter said.

"Of course. What else are they going to say?" retorted Paul Hinman, the acting Wildrose House leader who saw a corner of his own riding lopped off and moved to a renamed riding currently held by a Conservative member. He said he was disappointed the commission "couldn't be more concerned with the people of Alberta than concerned with the PC party."

If the new map is approved by MLAs, Calgary will have 25 seats, Edmonton 19, and the rest of Alberta 43. Each region has roughly the same percentage of the legislature as they do the population.

However, it will leave Alberta legislators with fewer constituents - about 40,000 - than counterparts in other provinces. Ontario averages about 120,000 citizens per provincial representative, Quebec 62,000 and B.C. about 52,000. Deputy Tory House Leader Rob Renner said the new seats are needed and the process was fair.

"I think it's a reflection of population growth," Mr. Renner said. "This is an independent commission that has gone through a very public and open process."

Alberta's five-member panel said it relied on "strict parity" in population while drawing boundaries, saying only five seats are more than 15 per cent above or below 40,000 voters. The New Democrats agreed that "generally, the boundaries make sense."

But, in a minority opinion, commissioner member Allyson Jeffs said two new seats, not one, should have been given to Edmonton, which now has the same number of seats as it had in 1996 after losing one eight years ago. During that time, the city population grew by 27 per cent with no new seats.

Edmonton Mayor Stephen Mandel, however, said his city's new total is "not unreasonable" given current populations, but the failure to predict growth is a major downfall of the commission. That failure led to booming Fort McMurray having only one MLA for the past eight years.

"The problem with this whole process is there's no long-term [planning]" Mr. Mandel said.

The commission said it didn't want to use a "crystal ball" and anticipate population growth. "Quite frankly, that's a fool's game to try to anticipate that. We did our best to deal with the realities," said commission member Brian Evans of Calgary.

The final report is largely similar to an interim report released earlier this year. The committee was required to add four seats, as recommended by the legislature.

Duane Bratt, a political scientist at Calgary's Mount Royal University, said the four seats were added to avoid having to cut up rural ridings, which are PC-dominated and would have required long-tenured members to fight for nominations.

"You can do all the gerrymandering you want, but we'll go out to work," he said. "Albertans aren't happy with this government, and they shouldn't be."

Opinion
Alberta and Quebec, the axis of provincialism
June 18, 2010 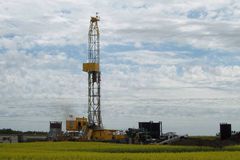