The Alberta government is going to court to stop electrical companies from offloading $2-billion in money-losing power contracts on the province's consumers.

With Alberta awash in cheap power from natural gas and electrical rates tumbling to the lowest levels in decades, Deputy Premier Sarah Hoffman said Monday that electrical companies were using a clause negotiated in secret with the previous government to dump unprofitable coal-power contracts on the public.

"Our government is taking legal action to protect everyday Albertans from having to pay for the business losses of Alberta's biggest and most profitable power companies," Ms. Hoffman said. "We think this is not only unfair to Albertans, it is also unlawful."

Alberta's deregulated electrical system is run under a complex set of rules where power is most often sold in 20-year contracts known as power-purchase arrangements. A number of power companies in the province have backed out of money-losing power agreements over the past year citing a clause in the contracts that Ms. Hoffman said is illegal and the product of a "back room" deal.

The NDP government says the "Enron clause" was negotiated by lobbyists of the now discredited American energy company and included in the province's first deregulated power contracts only a day before they went up for auction in August, 2000.

The change was never publicly released and was exempt from legal review due to a vote by then premier Ralph Klein's Progressive Conservative cabinet. The NDP government wasn't aware of the clause until earlier this year. According to Ms. Hoffman, the change put the public on the hook for any losses for the power companies while allowing the private companies to keep any profits.

The government says the loophole should be declared void. The case will be heard in November.

Houston-based Enron collapsed in 2001 in what was at the time the largest U.S. bankruptcy, after revelations of deceptive accounting and market trickery made the once high-flying energy company a symbol of corporate malfeasance.

Its Canadian unit was among the first buyers of deregulated power contracts in Alberta. As its parent company crumbled, it sold its contract to TransCanada Corp. and AltaGas Ltd. in late 2001.

The City of Calgary's electrical utility is a respondent in the court case. In a statement, Enmax said the decision to go to court sends a bad signal for future investment in the province.

"We are very disappointed that the government is retroactively challenging fundamental aspects that have been in place in these agreements since their inception," the company said.

In January, Enmax was the first company to successfully cancel a money-losing power contract and pass on the cost to the government. The NDP government is also seeking to have the court quash the decision to cancel the contract.

Power contracts from coal plants that were once profitable in the booming province are now money-losers. A declining need for electricity due to a depressed economy, a glut of cheap power and the doubling of carbon taxes on industrial emissions by 2017 are all to blame.

While Enmax cited the carbon levy as a reason to offload the contract, Ms. Hoffman says the utility was using that as a reason to back out of a bad business decision.

"Market changes that affect profits are part of being in business and cannot be the grounds for abandoning contracts and passing on those costs," Ms. Hoffman said. She added that the province's power companies collected $10-billion in profits from the contracts, enough to make up for the $2-billion they are now expected to lose.

The province's official opposition criticized the decision to go to court as heavy-handed. "Today's announcement to take private companies to court over agreements signed at the turn of the century is extremely short sighted and will keep billions of dollars of necessary investment away from our province," wrote Don MacIntyre, the Wildrose opposition's electricity critic.

Alberta will phase out all coal power plants by 2030 under the province's climate plan.

With a report from Jeffrey Jones in Calgary 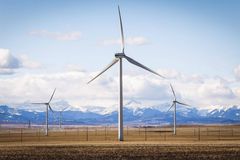 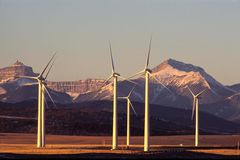 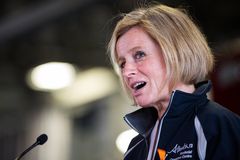