Alberta is looking at including boys in a free school vaccination program that protects girls from a virus that causes cervical and other types of deadly cancers.

The HPV vaccine was first offered to Grade 5 girls in the province in 2008. Since then, the province estimates about 61 per cent of girls between the ages of nine and 13 have received the shots.

This summer, Alberta's chief medical officer of health and other officials are to meet with their counterparts across Canada in Ottawa to discuss the medical effectiveness of the vaccine when given to boys.

"It is something Alberta is considering. But the decision will ultimately be based on evidence in terms of whether it works for boys or not," said Alberta Health spokesman Bart Johnson.

"And that is evidence that is going to be discussed between our chief medical officer of health and his counterparts across the country."

Last month, the Society of Obstetricians and Gynecologists of Canada urged provincial health ministers to include boys in their HPV vaccine programs.

The society has said extending the vaccine to boys would protect them against some cancers and genital warts. It would also cut the risk of girls becoming infected through sexual contact.

So far, Prince Edward Island is the only province that has announced it intends to extend its HPV vaccine program to boys.

Johnson said Dr. John Talbot, Alberta's chief medical officer of health, will make a recommendation to the province based on the national discussions.

The Alberta government would then make a decision weighing the pros and cons, including the cost.

Currently the province says it spends $3-million per year on its HPV vaccination program.

"This decision will be based on a careful consideration of that evidence as well as a cost-benefit analysis," Johnson said. "And then ultimately Alberta will make its decision on its own."

Last year the National Advisory Committee on Immunization, which reviews the scientific literature on vaccines, recommended vaccinating boys in a submission to the Public Health Agency of Canada.

Dr. Saqib Shahab, Saskatchewan's chief medical health officer, said the province is already getting inquiries from parents who want their sons to get the shots.

He said his government will be looking more closely at the idea of extending its HPV vaccine program to boys, but not this year.

Shahab said studies show boys are at less of a risk of contracting cancer from the virus. Governments must also consider how many boys would actually get the vaccine.

"The cost effectiveness factor is not that great for boys," he said.

"Obviously cost is not the only thing you should look at health care, but with so many competing varieties (of disease), it is one thing we have to consider."

Shahab said if more jurisdictions decide to extend their HPV programs to boys, the cost of the vaccine may come down. Currently, Gardasil is the only vaccine approved for use on boys and young men in Canada.

In 2008, Alberta was one of the last provinces to approve the use of the HPV vaccine for girls, a move that was opposed by some Catholic school boards on moral grounds.

Last November, the Calgary Catholic School Board reconsidered its opposition and voted to allow school-based HPV vaccinations for girls. In order to receive the vaccine a student must have written consent from parents.

The Grande Prairie Catholic and District School Board has been holding parent and community meetings this spring as it reconsiders its opposition to allowing the vaccine to be given to girls in its schools. The board is expected to vote on its policy later this month or in June. 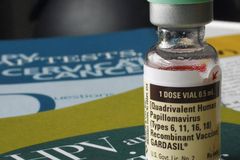 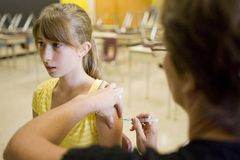 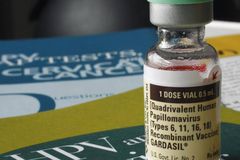 Why some parents still won't give daughters the HPV vaccine
October 16, 2012 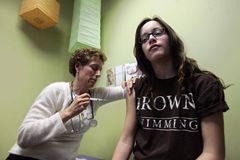 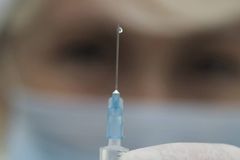