Ali Omar Ader has been found guilty in the kidnapping of Amanda Lindhout in Somalia.

The verdict was handed down in a packed courtroom Wednesday by Ontario Superior Court Justice Robert Smith, who presided over Ader's 10-day trial.

In his reasons for the decision, Smith said Ader, a 40-year-old Somalian national, was a "willing participant" in the hostage-taking of Lindhout, who was working as a freelance journalist when seized near Mogadishu nine years ago.

Smith found much of Ader's testimony was unbelievable and did not support his claim that he was forced into serving as a negotiator and translator on behalf of a gang who threatened to harm him and his family.

Ader betrayed little emotion after the verdict was announced.

Prosecutor Croft Michaelson said the outcome "sends a message that if you take a Canadian citizen hostage in another country, you're not safe."

"If the law enforcement here can find you and do an investigation, we're going to pursue that."

Ader faces up to life in prison and will be sentenced next year.

Lindhout, raised in Red Deer, Alta., and photographer Nigel Brennan of Australia were snatched by armed men in August 2008 while pursuing a story, the beginning of 15 months in captivity. They were released upon payment of a ransom.

But the saga then entered a new phase: a complex, multi-year police investigation involving a scheme to elicit a confession from Ader, the man suspected of making ransom-demand calls.

Ader, who speaks some English, developed a business relationship through phone calls and emails with a man who promised to help publish his book about Somalia.

They met face-to-face in 2013 on the island of Mauritius, where the business agent – actually an undercover Mountie – says Ader freely spoke of helping the hostage-takers in return for US$10,000 in ransom money.

A book contract signing came two years later in Ottawa with the officer and a supposed publisher, all secretly captured on a police video. Again, Ader tells the RCMP he was paid to assist the kidnappers. He was arrested the next day.

As the lone defence witness, Ader told the court that he, too, was abducted by the gang and forced to be a negotiator and interpreter.

Ader described being held by the gunmen in an apartment for several months, as well as getting orders from the gang about what to say during calls to Lindhout's mother, Lorinda Stewart. He told of being beaten, escaping and later surrendering when the hostage-takers made serious threats against his family.

Ader said that in Mauritius, he tried to tell the man he believed to be his business agent that he was coerced into helping the kidnappers. But the man wasn't interested, so he told him what he wanted to hear.

Michaelson said during the trial that Ader's testimony was "riddled with inconsistencies" and should be rejected.

Ader told the true story of his role in the kidnapping in Mauritius, not in the courtroom, Michaelson said. The prosecutor suggested it simply wouldn't make sense for Ader to confess to something he did not do.

Trevor Brown, one of Ader's lawyers, said it was important to remember the Somalia of 2009 was a chaotic country with no sense of order or security, a place where those with weapons wielded power.

The gang members who kidnapped Lindhout and Brennan were cruel and unpredictable people "eminently capable" of ordering Ader to help them, Brown told the court.

In the judgment Wednesday, Smith noted that Ader never mentioned in emails or phone calls that he or his family had been threatened if he did not help the hostage-takers, a claim that only surfaced during the trial.

"It does not make sense to lie about his involvement to make his conduct appear worse to the publisher and the public who he hoped would buy his book."

Lindhout sobbed in the witness box as she testified about her ordeal during the trial, just metres away from Ader.

Smith's judgment acknowledged Lindhout's "courage and strength" while she was held in deplorable conditions and subjected to extreme physical, sexual and emotional abuse by the hostage-takers.

Stewart did a "superlative job" of acting as a negotiator to save her daughter's life, and Brennan was "quite heroic" in refusing a chance to be released after a year as hostage because Lindhout would be left behind, the judge added.

Opinion
Police should not pose as journalists – it puts us at risk
October 18, 2017 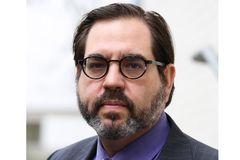 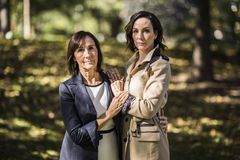 Man accused in Lindhout kidnapping is lying to court about role: prosecutor
October 18, 2017 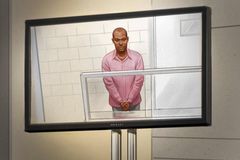