Alleged Mafia boss Vito Rizzuto has been released from a prison in Colorado into the hands of American immigration authorities.

A spokesman for the U.S. federal correctional institution in Florence says the 66-year year Rizzuto was freed around breakfast time, at 7:07 a.m. local time.

Spokesman Kim Nelson says he was then handed over to a United States Immigration and Customs unit.

Where Mr. Rizzuto will go next is another question.

His palatial home in a Montreal neighbourhood, dubbed by police as "Mafia Row" because several family members lived there, is on sale for $1.5-million.

The price for the four-bedroom, five-bathroom home has been slashed by one-quarter — with the asking rate dropping from nearly $2-million last summer.

The home sale comes amid some speculation in media reports that Mr. Rizzuto could be headed toward Toronto. A Montreal police source has told The Canadian Press that authorities are aware of the Toronto rumour and that it remains a viable scenario.

When asked for information about Mr. Rizzuto's repatriation the federal government passed the request on to a Toronto official of the Canada Border Services Agency — who refused to comment.

The CBSA spokeswoman says it's not a practice of the agency to confirm or deny someone's entry into Canada.

Mr. Rizzuto was considered the head of the country's most powerful criminal organization when he was arrested in 2004, with tentacles in a multitude of legal and illegal businesses with ties to different countries.

But the organization was battered over Mr. Rizzuto's years behind bars, as he served time in the U.S. in connection with three-decade-old murders of New York Mafia captains.

Scores of his associates were arrested. Many were killed. Those slayings straddled three generations of his own family, with his father and his son both gunned down. His brother-in-law has been missing for two years.

And the business dealings of the Rizzutos are under intense scrutiny during a Quebec public inquiry into corruption in the construction industry. 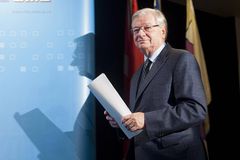 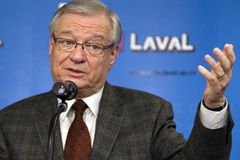 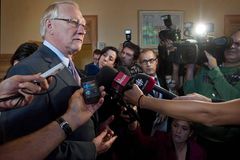