When the girls in Jenna Bowers-Bryanton's class pretended to vomit when she walked into the room, or when an older student slapped her on the first day back to school, Jenna's mom, Pam Murchison, pulled her out of school.

What Ms. Murchison didn't anticipate was that the abuse would persist even at home. Jenna received nasty messages via SMS and on forums such as Formspring, where her tormentors posted anonymous vitriol about her looks, personality and singing ability. (Jenna had her own YouTube channel.) In January, 2011, when she was 15, Jenna died by suicide in Truro, N.S.

Bullying is far different today than it was even a decade ago. The entwining of social media in adolescents' social lives has created a whole new environment for abuse. It is bullying that is almost impossible to contain, even when teens change schools or cities, and online anonymity helps shield bullies' identities.

The persistent bullying that Amanda Todd, 15, suffered before she died by apparent suicide on Wednesday has raised alarms about how bullying can push teens into despair. Shannon Freud, a counsellor at the Kids Help Phone – which receives about 5,000 calls and e-mails a week from youth across the country – says girls who reach out to her service often say that bullying has contributed to depression, self-esteem issues, self-harming, eating disorders and feelings of suicide.

According to a study this year in the Canadian Medical Association Journal, suicide is the second leading cause of death among young people, ages 10 to 19; suicide rates among females have been on the rise over the past 30 years, while those among young males are decreasing. The latest data from Statistics Canada show 69 females between the ages of 10 and 19 died by suicide in 2009, and for every completed suicide, it is estimated there are as many as 20 attempts.

Ms. Freud explains that teen girls tend to be bullied in a different way. While the bullying of males typically involves physical aggression, girls tend to be the target of social and verbal harassment, including exclusion or having others talk – or in many cases now, text – about them behind their backs.

Telling cyber-bullying victims to simply shut off their computer or stop checking their Facebook accounts is far easier said than done, since social media is such an integral part of how teens now interact and communicate, Ms. Freud says. Some may even be reluctant to delete tormentors from their lists of online friends because keeping those online contacts boosts their sense of status. "And status is such a huge thing for kids and youth," she said.

"Kids only let you see what they want you to see," Ms. Murchison said. Sometimes, after Jenna received a mean text message, she'd pick fights with her mother. But Ms. Murchison never knew the full extent of her daughter's online abuse.

"You can't get away from cyber-bullies unless you take everything away from [your kids] and you can't do that," she said.

On nearly every front, Ms. Murchison followed the guidelines most schools and mental-health providers suggest: Jenna, who was diagnosed with depression when she was in Grade 8, regularly saw her doctor and a child psychologist. She was on medication and had supportive family and friends to help her cope with her mental illness.

Jenna's depression may have made her feel the effects of the bullying more acutely, her mother says, but when teens die by suicide, it is difficult to dissect what exactly led to it.

"Not every young person who attempts or dies by suicide was bullied. We know that's a high rate, that it's a contributing factor for sure," said Joanne Lowe, the co-chair of the Community Suicide Prevention Network of Ottawa, a group that formed after the 2010 suicide of Daron Richardson, the 14-year-old daughter of an assistant coach of the Ottawa Senators. "Trying to understand all those contributing factors, not making assumptions about what those factors are and getting somebody to talk about them is really important."

Her network prepared a brochure to be distributed to schools that includes warning signs to watch for, including low energy, declining school performance and preoccupation with appearance. More important than what to look for is what to do. While some fear that discussing suicide may trigger a suicide attempt, she says that is a popular myth.

"Ask them if they are thinking of suicide," she said. "Don't be afraid of being clumsy."

Although high-school bullies may lose interest after graduation, the effects can be long-lasting. Lindsey Belaire, 23, of Edmonton, says the social isolation, taunts and online badgering from her high-school years still haunt her; after graduating five years ago, she continues to suffer from anxiety and depression.

"I don't think anyone ever moves on from it," Ms. Belaire said. "It stays with you. …You're left with a feeling of constantly looking over your shoulder, constantly wondering if people are out to get you."

Ms. Belaire's advice for teenaged girls now suffering what she went through: "Talk to somebody. Talk to a principal. Talk to a counsellor. If you don't get help, keep going. … Call the police. File harassment charges. Do whatever you have to do to make it stop. I wish I did." 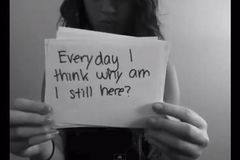 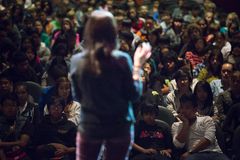 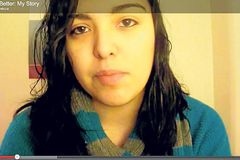 Follow Wency Leung and Dakshana Bascaramurty on Twitter @wencyleung @DakGlobe
Report an error Editorial code of conduct
Due to technical reasons, we have temporarily removed commenting from our articles. We hope to have this fixed soon. Thank you for your patience. If you are looking to give feedback on our new site, please send it along to feedback@globeandmail.com. If you want to write a letter to the editor, please forward to letters@globeandmail.com.
Comments