Under fire for leaving thalidomide victims in financial limbo, Canada's Health Minister has offered reassurances that Ottawa is moving "expeditiously" and will deliver details of its long-awaited support package before the fall election.

The Conservative government has offered almost no specifics and no timeline for its $168-million lifetime compensation deal announced two months ago. The uncertainty has left nearly 100 men and women whose lives have been blighted by the federally approved drug in a state of growing anxiety.

Three survivors of thalidomide – a drug prescribed to pregnant women for morning sickness in the 1960s that caused stunted and missing limbs and other disabilities in their babies – have died in the past year. The rest suffer debilitating pain and financial strain.

"[Can] you appreciate how difficult it is for the survivors to plan their life … to address this crisis going forward?" NDP health critic Murray Rankin asked Health Minister Rona Ambrose during a parliamentary committee hearing in Ottawa on Thursday. Mr. Rankin said the Tories' thalidomide-support package is not identified in the recent federal budget, while smaller health spending allocations are clearly spelled out.

"The money is there and it's budgeted," Ms. Ambrose answered. "We do expect to work out details of the annual payments in the near future. We're working very hard on it."

Victims worry the Harper government is dragging its feet on the deal and will not resolve crucial details before the House breaks for the summer recess and the country heads into a federal election in October.

Ms. Ambrose pledged that victims will "absolutely" get details on the settlement before the federal vote.

Still, the minister's pledge before the committee falls short of what victims are seeking. It has been more than five months since Parliament voted unanimously on an NDP motion to give the victims "full support," yet Ottawa has still shared nothing of substance with the Thalidomide Victims Association of Canada about how that support will be put in practice.

The association wants survivors to receive $75,000 to $150,000 each a year for the rest of their lives, evaluated according to four levels of disability. On these two points, the government has said nothing.

"Thalidomide survivors won't have peace of mind as long as the government won't answer these two basic questions," said Mercédes Benegbi, head of the victims' group. "Why can't the minister reassure Canadian survivors on these two questions?"

Victims of thalidomide are in their early 50s and are finding it increasingly challenging to lead independent lives. Aside from misshapen limbs, they suffer from internal organ damage, facial paralysis and other disabilities. The government mailed them $125,000 tax-free cheques last month that some are investing in renovations to improve access in their homes or to make purchases. Several are holding back on spending the money because they do not know what Ottawa's lifetime aid package will look like.

Colleen Martel, a 52-year-old mother of four in Surrey, B.C., has not spent any of the $125,000. Ms. Martel, who has shortened arms, says she is in so much pain she finds it more and more difficult to cook her own meals or do her laundry. She foresees needing a wheelchair. Ms. Ambrose's bit-by-bit announcements to thalidomide victims, she said, are like "bones thrown to a dog."

"Why do we still have to wait? Why can't they announce the details now?" Ms. Martel asked from her apartment in Surrey. "If this package is so wonderful, and this government is so caring, what is holding things up? We shouldn't have to beg."

No answers from Ottawa on financial support for thalidomide survivors
April 27, 2015 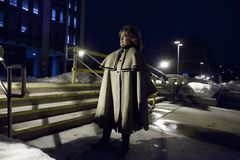 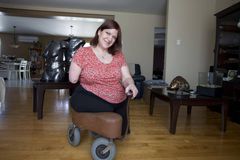 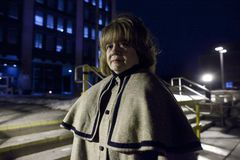