More than 15,000 packed Toronto's Maple Leaf Gardens. Crowds thronged the lobby of the Royal York Hotel. Two hundred reporters scrambled for news and The Globe and Mail splashed the story on its front page.

Not for the Beatles or Muhammad Ali, but a congress of the Anglican Church.

It was late summer, 1963, and the Anglican Church, bastion of the old order, was at its demographic peak in Canada. Its leaders had influence and access to power, and nearly 15 per cent of the country claimed membership in the flock. The Toronto Congress, whose 50th anniversary was celebrated this week, was something of a high water mark.

Today, the church lives in reduced circumstances. The latest figures from the National Household Survey showed just more than 5 per cent of Canadians identify as Anglican, and only a third of those are actually on parish rolls. It is also a church divided. The church now grows primarily in the global south, where congregants have been alienated by the more liberal approach to same-sex blessings and women bishops in Britain and North America. The Archbishop of Canterbury Justin Welby recently compared the church to a drunk man staggering ever closer to the edge of a cliff, threatened by "a vast fall into a ravine of intolerance and cruel exclusion."

The contrast between then and now was placed in sharp relief this week as Anglicans gathered to discuss the significance of the 1963 Congress and the future of the church. A crowd of 150 or so, respectable by 2013 standards, turned up at Wycliffe College on the campus of the University of Toronto to hear a list of speakers that included several prominent bishops from Africa. "We're interested in [the Congress of 1963] as a symbol of how different our world is now," said George Sumner, principal of Wycliffe College. He chuckles at the thought: "Fifteen thousand people and the front page of The Globe is not our world any more."

As Dr. Sumner left campus with a journalist in tow this week, his route highlighted the influence the church once held. He left the Anglican college where he works only to see another, Trinity College, across the road. He cut through Queen's Park Circle, named for Her Majesty, Defender of the Faith and Supreme Governor of the Church, and headed across the city to Church Street, named when there was only one church in town and it was Anglican.

He stopped at St. Paul's Church on Bloor Street where he introduced a speaker who holds one of the church's grandest titles. The Most Reverend Dr. Mouneer Anis, Bishop of Egypt, North Africa and the Horn of Africa, President Bishop of the Church in Jerusalem and the Middle East, is a smiling, compact man with greying hair and the hurried gait of a former physician. He's opposed to same-sex marriage and doesn't ordain women, but he's open to discussing the subject.

Bishop Anis offered a stern diagnosis. "The fabric of the Anglican Church is torn to its deepest level," he said. Bishop Anis likened the ongoing conflict to a troubled marriage where an adulterous husband is seeking to reconcile with his wife, but insists on still seeing his mistress. This is impossible, he said. The offending behaviour must stop before the healing can begin.

"What I wish to see is that the church talk and talk together about this issue until we reach a common mind," Bishop Anis said. "Churches in North America say we want reconciliation and listening … but we will go on doing what we do to offend you."

The rifts that have cleaved the church both internally in North America and Europe and along north-south lines globally weren't foreseen back in 1963. At the time, the congress was dominated, at least in newspaper coverage, by talk of the threat of communism, and the sweeping social change that was just beginning to take hold. The Canadian church was anxious about its future, according to Stephen Andrews, Bishop of Algoma, while the churches of the South were anxious to see more funds and resources flow to growing parishes. Since then the weight of the church's 80 million people has shifted to Asia, Latin America and Africa. As Dr. Sumner noted, "the typical Anglican today is a black woman living in sub-Saharan Africa."

The enduring statement that emerged from the Congress called for "mutual responsibility and interdependence in the body of Christ." It was the product of a church struggling, after the collapse of the British Empire, to express a new relationship between what had been called "giving" and "receiving" churches. The unity they hoped to see is now elusive. It looks likely to remain that way.

"I think unity is not something that can be easily attained," Eliud Wabukala, Archbishop of Kenya, said this week. "You can achieve harmony at most." 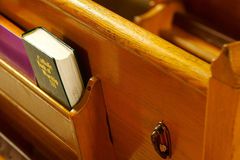 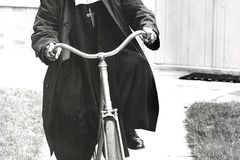 ‘I found great solace’: Women in midlife talk about their spiritual awakenings
September 12, 2013 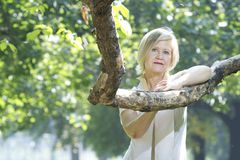