Researchers in the Northwest Territories are grappling with an outbreak of anthrax they believe has killed more than 150 bison in recent weeks – the largest number to die of the disease in the Mackenzie Valley area in almost two decades.

Most of the carcasses were found near Mills Lake, 30 kilometres northwest of Fort Providence, while researchers were on a routine surveillance flight last week. Others have been discovered near Caen Lake.

"To have that many at one time is something that they're not used to," said Judy McLinton, a spokeswoman for the department of Environment and Natural Resources in the Northwest Territories."So we will be looking at that."

Researchers are not certain how anthrax was first introduced to the area, but say the spores have likely been present for hundreds of years. Outbreaks tend to occur after a prolonged period of wet weather followed by soaring summer temperatures, and bison can contract the disease by inhaling the spores or consuming them while they're grazing on grass and other plants.

When male bison start wallowing – rolling on the ground – they can release the spores into the air, Ms. McLinton said. "Generally, once they've inhaled them and they have the bacteria, they usually die within 72 hours."

Martin Hugh-Jones, an anthrax researcher in the United States who has studied Canadian bison, said the bacteria are transmitted by biting insects, whose numbers are bolstered after a wet spring.

"The real damage comes when the biting flies are active," Dr. Hugh-Jones said. "And if there are a lot of sick animals, you have hundreds of flies with dirty mouth parts. And the whole thing is exponential."

The last outbreak in the area was in 2010, when nine bison died. Before that, 172 died during a major outbreak in 1993, according to the territorial government, which has been tracking the number of anthrax-related bison deaths since 1962.

"They've been working very hard to control it," Dr. Hugh-Jones said, adding, "This is a setback."

The area where most of the carcasses were found is accessible only by boat during the summer. Some trappers' cabins are in the area, but they are mainly used as picnic spots on weekends, Ms. McLinton said. The government has posted signs to say the area is closed for health and safety reasons.

Bison that have contracted anthrax are usually easy to spot because their gait changes and they may begin to foam at the mouth or swell up, Ms. McLinton said.

"Walking becomes difficult for them," she said. "They stagger, or they walk with a really straight-legged gait, and they generally, because of that, aren't able to travel that far."

People should stay away from any carcasses they come across. Ms. McLinton said samples are being tested at a Canadian Food Inspection Agency lab in Lethbridge, Alta., and researchers will destroy the remaining carcasses – a process expected to take about six weeks. To ensure that all the spores are killed, they pile wood around the carcass and burn it completely.

"Given the number of carcasses there are right now, what we're [doing] is treating them with formaldehyde, tarping them, and then we will burn as we go along," Ms. McLinton said.

Cormack Gates, who teaches environmental science and planning at the University of Calgary, said the number of deaths in the Northwest Territories were significant, but unlikely to affect the overall population in the area next year. There are about 2,000 bison in the Mackenzie Valley herd.

"From a wildlife perspective, this is what's referred to as a catastrophe, and it doesn't drive trends in a population. It causes a setback that they immediately begin recovering from," he said. 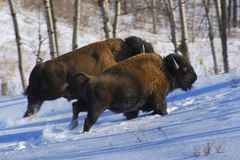 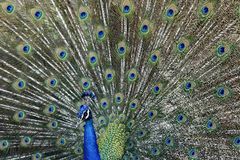 Where the oil barons eat during Calgary Stampede
July 3, 2012 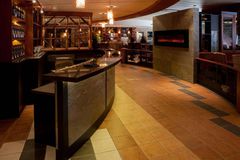