A lot has changed since Joshua Stern and Stavros Theodorakopoulos were in junior high school.

Back then, Joshua was tormented by several boys and Stavros was one of the bullies, who even went so far as stealing Joshua's bicycle on a dare.

Now Mr. Stern works in hospitality at a golf course, and Mr. Theodorakopoulos is in the Canadian Forces in Ottawa. Both men are standing up together to deal with bullying. This week, Mr. Theodorakopoulos will join Mr. Stern as he leads a new program for about a dozen kids and teens who have run into trouble with the police.

When Mr. Theodorakopoulos recently added Mr. Stern as a Facebook friend – more than two decades after the bicycle theft – he said he felt so guilty he couldn't pretend the bullying didn't happen.

"I felt like a hypocrite being friends with him and at least not acknowledging that," said Mr. Theodorakopoulos. "I think he was teased quite often and I do recall witnessing quite a few situations where things did go overboard. And I did participate, unfortunately I'm quite ashamed now, in stealing one of his bikes."

The anti-bullying program at West Scarborough Neighbourhood Community Centre is a pilot "diversion" program – an alternative measure to the court system, with the aim being rehabilitation. Organizers say increasingly bullying is being found to be a factor in the lives of children who have had brushes with the law.

Mr. Stern, now 35, says he remembers hiding from bullies in his locker and leaving school early, but there were times he was a bully as well. As a teenager, Mr. Stern was arrested for stealing, took drugs, was put in a group home and was the victim of assault.

"I want to help kids ... avoid the pitfalls that I didn't," he said. "A young child who is a bully is just as at risk as the victim, and we need to find out what's going wrong."

Some participants of the program, which coincides with March break, are alleged to have been involved in assaults. Others have allegedly recorded bullying incidents and posted them online, said Davis Mitchell, divisional co-ordinator of youth justice services at the east Toronto community centre.

When a child commits an offence, police determine whether they should be charged or put into a diversion program (anger management counselling is another example.) Considerations include past offences, age, seriousness of the offence and demeanour, said Toronto police school liaison Sergeant John Murphy.

When it's appropriate, instead of being charged, the youth signs a waiver accepting responsibility and must contact West Scarborough within a week, Sgt. Murphy said in an e-mail. It's then up to youth justice facilitator Alex Drakos and other staff to assess and place the child in a program.

Ms. Drakos said the need to directly address bullying, particularly online, has increased dramatically in recent years. Not only are youth ending up there because of bullying incidents, she said, others end up talking about being bullied online or in person, she said.

"We just got to the point where we thought it was something we needed to address and we need to do it quickly," she said. She began researching the program last year and got in touch with Mr. Stern, who will run it with assistance from West Scarborough.

The program, for 12 to 17 year olds, includes sessions about why people choose violence and managing the tendency, exploring frustrating situations, communication skills, choosing friends and ethics. The group will make visit a courthouse, to see where they'd be if they'd been put into the legal system. The program will be watched closely, Mr. Mitchell said, and the participants monitored. If it proves successful, he hopes to run two similar programs during the summer.

The participants come from different family backgrounds and situations. But in almost all cases bullying boils down to trying to get attention in the wrong ways, said Mr. Stern. It indicates trouble in the lives of victim and bully.

"The one kid, obviously, has the really bad set of tools where he or she thinks acting out, being aggressive, being intimidating, is going to get someone's attention," he said. "There are two kids there that are crying out."

Mr. Theodorakopoulos is planning on going to the last day, when the group will talk about intervening when others are getting bullied.

He wants a chance to talk to the kids about why taking Mr. Stern's bike after being egged on by others was a mistake. "It was kind of like, 'if I don't do this, maybe I'll be next or I won't be accepted'," he said.

To make amends, Mr. Theodorakopoulos has bought Mr. Stern another bicycle, which will be raffled off to one of the children in the program. 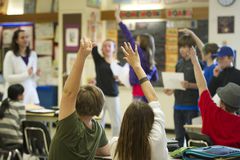 Boy charged in alleged bullying case of boy who committed suicide is acquitted
March 5, 2012
The role that bystanders have to play in Ontario's anti-bullying push
February 28, 2012 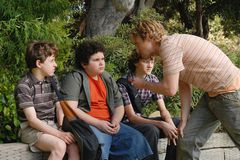 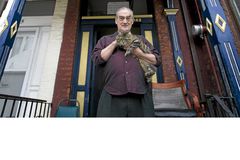 Opinion
Our school systems are so last century
March 8, 2012