In Canadian military annals, few campaigns were as remote and forgotten as the Siberian Expeditionary Force, which sailed from Vancouver to the Russian port of Vladivostok at the end of 1918 in a vain attempt with other foreign forces at blocking the Bolshevik revolution.

The 4,000 Canadian troops departed after one winter, leaving behind the graves of 16 soldiers and a Mountie at two locations near the borders between Russia, China and North Korea.

Today, the names of those 17 men can be found when one peruses a new digital map, part of The Fallen, a free tablet application that a Toronto mobile development firm, Good Digital Culture, is releasing for Remembrance Day. The app charts the burial locations of 118,000 Canadians who fell in military service, from the days of the Boer Wars to the Afghanistan mission.

The designers were looking for a new way to tell the stories of those who had given their lives. What they discovered was the breathtaking scope of Canada's military engagement since it became a nation 146 years ago. Until 1970, because of the scale of casualties in conventional warfare, Canadian troops were interred where they fell.

"It wasn't until the map plotted itself that we realized there were Canadians buried in every continent except Antarctica," recalled one designer, Tim Robertson.

The app is a reminder of how a nation with a small population took an active part in military actions around the world because of its ties to other powers, first as a part of the British Empire, then as a member of NATO, a peacekeeping nation and an ally of the United States.

"Is this a source of national pride or is it a series of human tragedies? I guess it's both," said historian Terry Copp, of the Laurier Centre for Military Strategic and Disarmament Studies.

Prof. Copp said that, starting with the Boer Wars, Canada has a long history of joining overseas military actions without being involved in the strategic decisions behind them. Canada's first wars were the imperial wars of Britain, which also explains the lack of enthusiasm from French Canadians in those conflicts, he noted.

By the First World War, often under British command, Canadian troops were present in many theatres, from the campaigns in Palestine and Mesopotamia to the Austro-Italian front. "In the mountains of northern Italy, there's the familiar maple leaf on the graves. It means that a Canadian engineer, or technical officer or signals person was sent there," Prof. Copp said.

The data in the app is succinct and is meant to be a starting point for contributions from the public or further research, its designers say.

For example, the Canadians buried at Vladivostok's Churkin naval cemetery include Private Edwin Howard Stephenson, a medic from Tillsonburg, Ont., who died in May, 1919. A Google search shows he was an Anglican priest before he enlisted and that he died of smallpox just days before he was to sail home.

The app underlines that Canadians were also present in the ill-fated Gallipoli campaign against the Ottoman empire. Among dozens of Canadians buried on Turkish land is Private Edward Bewhey, who died in 1915, at age 19, at Suvla Bay. Online records in Newfoundland show that he was a labourer from St. John's.

"Although his loss to me was indeed a very heavy blow, yet I feel that my loss was his country's gain, and this assurance helps to lessen our sorrow," his mother, Ellen, later wrote in a letter.

One of the app's designers, Sonia Chai, said the software aimed to give a sense of the men and women who had died over the years. "Who are these people and why were they there?" she said. "We hope that if we put this out, conversations will start to happen and those conversations are how we memorialize." 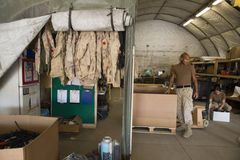 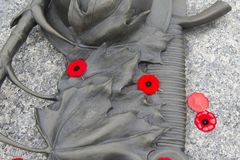 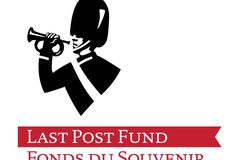 Opinion
The thing about veterans: They make a difference
November 11, 2013 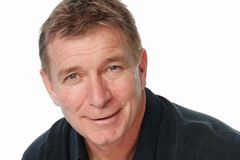 Opinion
For Canada, a victory worth remembrance
November 11, 2013 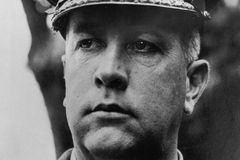