While his friends packed into a movie theatre this week to catch a matinee screening of The Amazing Spider-Man, Chris Stojanovski hunched over his desk in a fluorescent-lit classroom in Whitby, Ont., a bedroom community east of Toronto, studying the literary devices in Robert Burns's A Red, Red Rose.

This wasn't a remedial class. Chris finished Grade 10 with a 90-per-cent average in his school's gifted program. He elected to spend his July back in the classroom to get a head start on his Grade 11 year. He wanted to get his "weakest class," English (worth noting, he got a mark of 88 per cent in it last year), out of the way so he could focus on heavy math and science classes during the school year.

He's part of a new wave of high-achieving students who are redefining the nature of the school year, making it literally a year with no significant breaks. They're rejecting the old staples of summer vacation – first jobs, mall loitering and camp – to not only voluntarily stay in the classroom but compete with their keen peers to claim a desk.

Going to school in the summer was once purgatory for students who had flunked a course, a cruel sentence for the slackers. But data from school boards across Canada suggest it's now being embraced by students who find they can't cram the courses they want to take into the standard 10-month calendar or feel they need higher grades to gain admission into post-secondary institutions.

While the summer school shift has been student-driven, it has been backed by policy. Many school boards offer a long menu of credit courses in the summer for students and provinces are picking up the substantial bill for summer staffing, materials and facilities so students can get a head start on the fall term.

"Twenty-five to 30 years ago, 'summer school' was a dirty word – [students] thought they were being punished. Today, the great majority of students attend because they want to attend and get ahead," said Peter Andrade, the manager of continuing education programs with the Vancouver Board of Education.

To the most ambitious students, a September to June year is too limiting – especially for those eyeing competitive university programs.

At 15, Chris already knows he wants to study computer engineering at the University of Waterloo and thinks he will need a 90-plus average to guarantee admission. Most of that school's undergraduate engineering programs require minimum averages in the mid– to high-80s.

At the University of British Columbia's Vancouver campus, secondary students need grades in the low– to mid-80s to even be considered for admission to most faculties.

Interest in summer school hasn't been propelled by staff or parents, but by students, said Dave Paul, the assistant superintendent of the Surrey School District in Surrey, B.C.

"You can see they've plotted it out: 'I'm going to take my math course here. That clears my time-table so I can do this course.' " he said.

The Upper Canada District School Board in southeastern Ontario has seen an almost complete reversal in enrolment patterns in its summer-school program in the past six years, due in part to new programs that allow students to recover credits during the school year. In 2006, two-thirds of students registered in the summer semester to take remedial classes. This year, 70 per cent are there to take new, full-credit classes.

In the York Region District School Board north of Toronto, 85 per cent of students who registered in summer school last year did so to take a new course.

In Vancouver, the classes are so popular that students and parents race to complete in-person and online registration.

"For the week before [registration started], we were badgered with phone calls from parents and students wanting to make sure they knew exactly what time – they wanted to know what time! – the website was opening up," said Mr. Andrade of the Vancouver Board of Education.

Jamie Picken, an honour-roll student who just finished her first week of Grade 11 physics at a summer school in Vancouver, said she believes the extra credits on her transcript will give her an edge when she applies to the marine biology program at the University of King's College in Halifax.

"I think that's what most universities are looking for: more enthusiasm toward the things that are great in life," the 15-year-old said. "Academics will take you further than sports will because not many people can have a career being a professional football player."

The increased interest in summer school has come with a hefty price tag. In British Columbia, the Ministry of Education has fully funded summer school since 2008. Classes that once cost secondary students $200 a pop are now covered by the province.

Many private-school students have enrolled in classes through the public system because their schools don't offer summer sessions, Mr. Paul said.

In 2007, the pilot year of the B.C. government-funded program, 1,165 students enrolled in the summer session at a cost of $1-million to the ministry. But this year, with the summer program in operation for four years, enrolment has soared to 46,466 at a cost of $13.9-million.

Because summer school is fully funded in Ontario as well, from 2003 to 2007 the main focus of the Toronto District School Board's summer programming was remedial education, said Judy Whitfield, the central co-ordinating principal of the board's continuing education program. But after the board introduced new programs to allow students to recover credits during the regular school year, it was able to answer the long-standing demand for "reach ahead" education – students taking classes for the first time.

"Enrolment in full-credit courses in 2007 basically tripled," she said. Demand was so great for Grade 12 English classes that the board has limited registration to those who need it in their final year for graduation. The board couldn't find enough teachers qualified to teach the course to offer it to all the students who were interested.

This is 16-year-old Sophie Guo's second year in summer school in Vancouver and she says she prefers the study environment in the summer to the one during the regular school year.

"I think most people who take summer school are kind of, like, overachievers. They tend to work very hard. The ones I see in regular school, they're just trying to not fail the class," Sophie said. She plans to follow in her mother's footsteps and study medicine.

There are social perks, too. Rather than vegging in front of the TV as she had done in previous summers, ("This is kind of embarrassing, but I liked to watch the Family Channel," Sophie confesses), she has made friends with students at other schools.

But what is lost when kids elect to take summer classes for no reason other than to get ahead?

Kathy Buckworth, a Mississauga, Ont.-based parenting expert and author of six books, questions whether the rising popularity of summer school is entirely a good thing.

It's justifiable for a student who needs to raise their grades for entrance into post-secondary programs, she said, but "if they're only in Grade 9, I really don't get the point of it."

Time off in the summer is good for kids, she said. Camps, travel and sports offer learning opportunities outside of the classroom.

"If you're constantly going back to school to up your grades, either doing a summer job or even volunteering is a way to expand your scholastic resumé as well besides just grades," she said.

In the Stojanovski family, Chris's desire to enroll in summer school didn't sit well with his parents initially. They thought it was only for kids who had missing credits or had failed classes.

"At first we tried to discourage him," said his mother, Mila. "You don't need [it]. You're good at school."

But they relented. Ms. Stojanovski wakes up early each morning to drive her son across town for summer school. She and her husband even moved a vacation to the Dominican Republic from July to August to accommodate their son's ambitions.

While he'll miss out on time with his friends this summer, Chris said he will have the last laugh.

"Overall, it's going to pay off when they're all frustrated with their English program and I've already completed it."

Enrolment in the Vancouver Board of Education's summer session increased dramatically after the province began funding classes in 2008. It was at 1,165 in 2007 and soared to 46,666 in 2012.

The Durham District School Board has seen a 20-per-cent increase in enrolment in summer-school classes in 2011 compared to the previous year.

The majority of summer students registered at the York Region District School Board this summer are taking classes for the first time rather than retaking a course because they failed or wanted to boost their mark.

The Calgary School Board has seen an increase in summer-school enrolment to 4,490 students this year from 3,541 students in 2008. 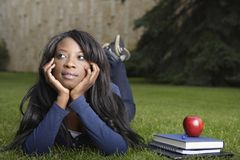 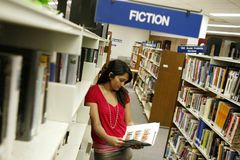 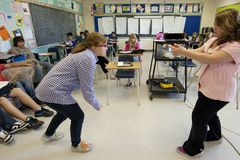