Four weeks after floods devastated communities across southern Alberta, strains of discontent over the fine points of the province's disaster recovery plan are starting to show.

Thousands of Alberta homeowners are still in cleanup or rebuilding mode following last month's deluge. In the town of High River alone, Wildrose Leader Danielle Smith estimates up to 1,000 properties are uninhabitable and another 2,000 homes need serious repairs.

But the province has acted quickly on a number of fronts: Millions in government-issued debit cards have been distributed, and for the rebuilding of High River, the government has just contracted one of the same firms that helped the Calgary Stampede recover. So far, reviews of the province's handling of the one of the largest natural disasters in Alberta's history have been solid, and sometimes complimentary.

But a weekend government announcement that classifies at-risk properties as either being in the "flood fringe," requiring major flood-prevention measures, or the more serious "floodway" zone, where residents are encouraged to move to higher ground, has stressed homeowners poring over government maps to determine what category they fit in.

Calgary Mayor Naheed Nenshi complained this week that municipalities were not consulted on the policy, and he's not confident the flood-zone maps are up to date.

In Edmonton, which saw relatively minor flood damage, at least one prominent newspaper columnist has started grousing about the billions of public dollars that will need to be diverted from schools, hospitals and public transit to keep Premier Alison Redford's promises to southern Alberta flood victims. "The latest great flood hit Calgary and southern Alberta hard, but it threatens to swamp the whole province," David Staples wrote.

Ms. Smith, whose constituency includes High River – a town of 13,000 and the hardest-hit municipality in the province – said some of the affected homeowners are assuming they'll be paid to relocate, when that may not be the clear answer. She said the specifics of what kind of disaster recovery compensation homeowners will be eligible for remains opaque.

"Announcing a policy without being very clear about what the definitions are, and what homes they apply to, has created more uncertainty and more anger," said Ms. Smith, whose party argues the government should have had better flood protection measures in place.

Homeowners aren't the only ones concerned. Business owners and landlords are caught in a disaster grey zone.

"Our tenants are out, we have no revenue at all," said Gordon Sieb, the owner of four Calgary rental properties he had counted on for his retirement income, all damaged by Bow River flooding. One of the houses is so structurally fragile it will likely have to be torn down, but Mr. Sieb said that without knowing whether financial help will be available, he doesn't know how to proceed.

Alberta government officials have said even without having all the answers to detailed questions, they wanted to get the fundamentals of the disaster compensation program out so people have an idea of what to expect. The priority is getting a roof over the heads of the displaced, they say.

Rick Fraser, an associate minister of recovery and reconstruction for High River, said the current government flood maps will remain as the standard for determining who lives on a floodway or flood fringe zone in this disaster. For business owners and landlords, and many others, "those are unique situations and we're going to work through them on a one-to-one basis."

Some have already received an answer they don't want. Almost from Day 1 of the floods, Premier Alison Redford has said only primary residences would be covered by disaster aid. That has become an issue in places such as Canmore, as well as Hidden Valley – a working-class golf resort community on the Siksika First Nation. There, the deluge moved houses hundreds of metres; some were even swept down the engorged Bow River. According to the resort's president, Gary Nason, nearly all of the 305 homes in Hidden Valley are damaged beyond repair.

While a handful of houses in the community have been deemed primary residences by government officials, most are considered vacation properties and won't be eligible for compensation. This is bad news for Karyn Donison, 56, who was counting on her Hidden Valley house, valued at nearly $170,000 before the flood, for most of her retirement income. She said she expects the Alberta government to live up to the promise of helping all Albertans affected by the floods.

"We became the invisible valley. We're still in that place of limbo," said Ms. Donison, a locksmith who has owned property in Hidden Valley for 12 years. "We've been wiped out. Our community is decimated," she said. "We don't have a hope of rebuilding. So how do you put a value on that, Ms. Redford?" 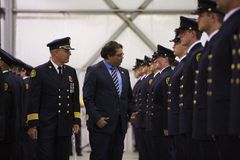 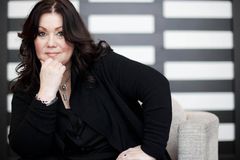 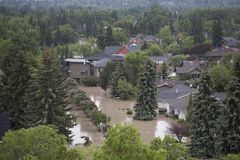 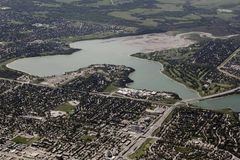 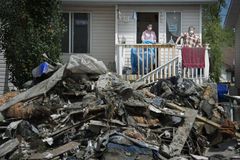