Before introducing a landmark experiential education program for his undergraduates, the director of Carleton's computer science department had to convince his professors that the initiative did not threaten their curriculum.

Under the program, 11 students would spend multiple work terms at Shopify, the Ottawa tech juggernaut, which had agreed to cover the cost of their tuition for four years. But while the program was billed as integrating classroom theory with workplace practice, professors were troubled by who would draw the lines between academia and industry.

"The main problem was reassuring everybody that this was not going to be an industry-driven change in our curriculum," Dr. Douglas Howe said. "We made it very clear that Carleton is in control of the curriculum and it is Carleton's faculty alone that makes decisions about course evaluations."

So far, the experiment is paying off. While it's not unusual for 30 per cent of first year students in computer science programs to drop out, everyone in the inaugural class continued to second year. Still, there have been hiccups.

Dr. Howe noticed, for example, that students were stressed out by being thrown into development teams right away. So Shopify added a training program that teaches students about expectations and software tools. It also brought in a web technologies co-ordinator to explicitly help students link academic and practical material.

Difficult as they may be, such collaborations between universities and corporate partners are likely to grow in the coming years. Across Canada, governments are prodding the two sectors to work together. Just this past week, the federal government announced that it will provide $73-million in wage subsidies to employers in order to create 10,000 work placements over four years for postsecondary students in fields like aerospace, IT, environmental science and biotechnology. The money follows other grants for 10,000 experiential spots a year for graduates with advanced degrees, and $1-billion to teams of industry, non-profits and postsecondary institutions to commercialize research and train young researchers.

The goal is to end years of mutual finger-pointing over graduates who lack desired skills and companies that don't invest in training. Instead, these programs aim to spur innovative thinking, create better jobs for young people, and in turn redress Canada's lagging productivity rankings.

"From employers, we are hearing that there are new grads in their field, but they are coming out without the new skillset that they are looking for," said Patty Hajdu, Minister of Employment, Workforce Development and Labour, in an interview with The Globe and Mail this week.

Using co-op education to bridge that gap between university and the workplace is not a new idea. For decades, dozens of postsecondary institutions have included work placements as part of a degree program. But most university programs are optional, asking students to find their own internships. Few are structured to be "curriculum-aligned," as Carleton bills its program, to ensure that the classroom and the workplace reflect each other.

Colleges, on the other hand, have long worked with businesses. While one in four college students participated in a co-op program in 2010 (the last year Statistics Canada analyzed), only 12 per cent of university students did so by the time they graduated. Even in fields such as engineering and architecture the degree to which academic and work experiences are integrated can vary widely.

As a result, Canada has an epidemic of youth underemployment, even within high-demand professions. A quarter to a third of recently trained Canadian engineering graduates are working positions that don't require a university engineering degree, one study found. Meanwhile, Canadian companies are turning to foreign tech and engineering workers instead.

"Are the students competent? Yes. Are they job-ready? No," said Sandro Perruzza, the CEO of the Ontario Society of Professional Engineers, a group that has studied engineering career pathways. "The reality is that what employers are looking for and what skills the grads have, there is a gap there. The question is — who is responsible for filling that gap?"

One answer can be found in Germany. Many German university programs have long embraced curriculum designed by corporations and even hired professors who work for them. This summer, Minister Hajdu visited Germany and saw those partnerships in action.

"They work with young people as early as Grade 9 or 10, and they work with them all through skilled-trade training or through university," she said.

Whether that model is appropriate for Canada, where educators, business and government have not traditionally worked closely together, is an open question.

Even seemingly simple issues — such as how long and when students can work — are difficult to solve, some say. For example, companies often want students to be on site during the busy fall season, said Dr. Ali Ghorbani, the outgoing dean of computer science at the University of New Brunswick. UNB has offered an integrated work-study computer science degree for over two decades. In that time, it has adapted to employers' needs.

"We offer a full course load during the summer," Dr. Ghorbani said. "We hire professors and sessionals to teach those courses so the students don't take longer to finish."

If schedules can be vexing, more fundamental issues, especially whether classroom education should include material that is directly relevant to the needs of particular companies, make universities even more wary.

Taking too much direction from corporations leaves students unprepared for inevitable shifts in the labour market, senior university administrators believe.

"While we want a graduate to be job ready, we don't essentially prepare a graduate to work for a [particular] company. That graduate has to have a longevity in the job market," said Dr. Ishwar Puri, the dean of the faculty of engineering at McMaster University.

McMaster engineering students have intense exposure to the workplace, from pursuing a joint business-engineering degree to completing a capstone project based on a company's needs, Dr. Puri said. But the school's focus is still different than a corporation's.

For example, Dr. Puri says the department has bolstered its teaching in smart systems and biomedical engineering, with an eye to the kinds of changes that Canadian society is likely to experience over the coming decades, including an aging population and the growth of the Internet of things. But his faculty would not retool its curriculum to produce more chemical engineers if a shortage developed one year.

Such distinct boundaries between academia and industry frustrate companies.

"What we have seen clearly is that graduates from university are not trained to meet the market for future, or even existing jobs," said Dr. Tom Murad, the head of Siemens Canada's Engineering and Technology Academy. "Our universities are graduating scientists, not engineers. … It is very rare that you have an engineer or an engineer in training who can figure out the components, the hardware and software that are used in the industry."

The academy's dual education program, now in its third year, is one of the most immersive experiential learning projects in Canada. Borrowed from its headquarters in Germany, where the company trains thousands of young engineers at its own university in Berlin, the program was designed as a showcase and trial for other manufacturers.

Siemens pays tuition for the interns' last two years of university and a salary for two four-month learning placements.

One day in mid-summer, the 30 students in this year's cohort learned to take apart a wind turbine, one of the company's major product lines. All of the students, from Algonquin College, the University of Waterloo and Northern Alberta Institute of Technology, among others, beat out dozens of their colleagues for a spot in this classroom at the company's suburban Oakville, Ont., office.

"What they teach you at school is not the 360-degree view," said Camille Fortin, who will be finishing her degree at Algonquin College this fall. "You don't see all the other perspectives that are important in the business world, you don't develop leadership skills and the importance of looking at financial aspects."

If Siemens is generous, it also expects a lot in return. Interns must agree to work for Siemens for four years after graduation.

Out of a graduating class of about 80 students at Waterloo's systems engineering program, 60 per cent will be working in the United States this fall. Some of the students had offers in Canada, but turned them down.

" 'Cali or bust' is the phrase that gets thrown around a lot," said Joey Loi, who gathered the numbers as part of a survey he conducted with classmate Atef Chaudhury. "It's very sexy to work for a company like Facebook or Google."

Mr. Loi is of a similar opinion: He has just begun a job at Dropbox, the cloud computing and storage company. Mr. Chaudhury will be attending graduate school, but he understands the desire to aim as high as possible.

"People will only apply for jobs in California and not even apply here and risk not getting a job at all," Mr. Chaudhury added.

This scenario is a nightmare for companies. Why should an employer subsidize student training only to see them scooped up by a competitor? Labour economists who have studied the issue have shown that companies can overinvest in their staff and end up with overqualified employees who have itchy feet.

But perhaps graduates leaving is simply a sign that a co-op experience can shift the power in the labour market to young graduates. This summer, for example, 20-year-old Vlad Marica, a computer science student at the University of New Brunswick, worked in New York for Bloomberg LP. The company covered his housing costs, and topped that off with free museum passes.

Because UNB's program includes multiple work terms, Mr. Marica expects to graduate debt-free. His goal? "To get return offers from as many companies as possible." 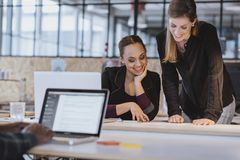 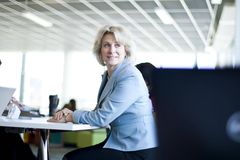