Abortion rights backers in New Brunswick are hoping a crowdfunding windfall of more than $100,000 will make it possible for women in the province to access the procedure in a private clinic again, despite the closure Friday of the Morgentaler Clinic in Fredericton.

Activists marked the final day of services at the private clinic with a march to the New Brunswick legislature, where they held a rally to demand the scrapping of a regulation that restricts public funding for abortions in the province.

"The main mission of our organization has been to demand the repeal of this law," said Kathleen Pye, the chair of Reproductive Justice NB, the group that launched the online crowdfunding drive. "The save-the-clinic initiative was to ensure that people have access [to abortion] because we became really concerned that we just couldn't get any feedback from the government."

Despite the campaign surpassing its goal of $100,000, the Morgentaler clinic will still close as planned at the end of this month, said Simone Leibovitch, manager of the clinic.

The clinic only operates one day a week and Friday was its last day of actual services.

Reproductive Justice NB's hope is to replace the existing once-a-week Morgentaler clinic with a new model that would be more financially stable over time – a five or six day-a-week health centre staffed by pro-choice doctors who would be willing to put abortion on their menu of services.

Ms. Leibovitch and Ms. Pye said negotiations are ongoing with the owner of the clinic's current medical building, which was put up for sale in the spring after the Morgentaler clinic announced it would close at the end of July.

"The lack of government funding makes it impossible for a clinic like this – where we have procedures one day a week – to stay open," Ms. Pye said. "For a clinic to be sustained, it has to provide more than just abortion procedures."

In the meantime, the Morgentaler clinic's telephone line will remain available for Maritime women seeking help getting to the nearest private abortion clinics in Montreal, Ottawa and Toronto, Ms. Leibovitch said.

For 20 years, the Fredericton location offered abortions up to 16 weeks of gestation for women who paid the $700-$850 out-of-pocket fee. The location was also a frequent destination for women from Prince Edward Island, which does not offer pregnancy termination services.

But the clinic was barely scraping by, spending about $10,000 a year footing the bill for women who could not afford the fee, according to Ms. Leibovitch.

Ms. Leibovitch said the announcement of the closure drew national attention to New Brunswick's abortion policy for the first time in years, giving her renewed hope that the provincial government would kill the law on its own, or be forced to do so by the revival of a legal challenge to the regulation.

"Our fight all along has been to repeal the Medical Services Payment Act, to put pressure on government to do that," she said. "This crowdfunding thing has done that. It's really shining a light on New Brunswick, I think. It's making New Brunswick look really bad and I don't think this [policy] was so apparent to people outside of New Brunswick."

New Brunswick's government, however, has been steadfast in guarding regulation 84-20 of the Medical Services Payment, which stipulates that medicare will only pay for an abortion if it is performed in hospital by a gynecologist after a woman secures the approval of two doctors who deem the procedure "medically necessary."

The province only covers abortions that fit that criteria before 12 weeks of gestation.

New Brunswick Health Minister Hugh Flemming was not available for an interview Friday. In a statement, his office said: "Access to this medical service will still be available in our province whether the clinic closes or not. Women will continue to have access to medically-necessary abortions in the province with the approval of two physicians."

Elizabeth Crouchman, the president of New Brunswick Right to Life, said she is worried the closure of the Morgentaler clinic could actually lead to more abortions in the province, assuming a new, full-time reproductive health clinic takes its place.

"They [Reproductive Justice NB] want more access to abortions, they want it fully funded by the government of New Brunswick, they want abortions to be done daily if they set up what they're proposing, which is a clinic of sorts in that same building," she said. "From my perspective, that is not good for anyone, no matter which way you cut it. It's not health care."

Dr. Morgentaler filed a legal challenge to New Brunswick's law in 2003, but the case dragged on until Dr. Morgentaler fell into ill health. The lawsuit was officially dropped just recently.

A Toronto lawyer has inforamlly offered to pick up the case pro bono, Ms. Leibovitch said, but it is far too early to say what will happen on the legal front.

Rachael Johnstone, a professor of political science at the Bader International Study Centre at Queen's University, said that if a challenge to regulation 84-20 makes it before a judge, there is a good chance it will be quashed.

The courts struck down similar provisions in other provinces after the Supreme Court of Canada ruled the country's abortion law unconstitutional in 1988, said Prof. Johnstone, whose doctoral dissertation explored the politics of abortion after that ruling.

"It's very unlikely that [New Brunswick's] policy will hold up because it doesn't have any clear medical grounding," she said. "There's no medical reason why you would need written permission from two doctors saying the procedure is medically necessary."

Morgentaler Clinic in Fredericton will perform final abortions today
May 11, 2018 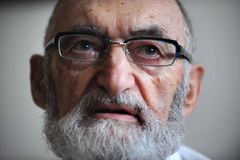 Facts & Arguments
My famous father swam in praise, my mother toiled in silence
May 12, 2018 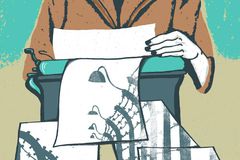 Opinion
Abortion in New Brunswick: The vise tightens, and activists push back
May 11, 2018

Outside big cities, abortion services still hard to find
May 12, 2018

Debate over access to abortion in Prince Edward Island intensifies
May 12, 2018 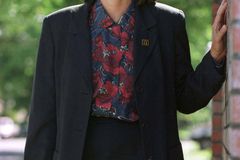