The end-of-term exam crunch is a harrowing time at McGill University's mental health services. As classes wind down, the clinic gets more than 20 emergency drop-ins a day – four times the usual rate – from students who sometimes report they have not been to class in weeks, they are struggling to get out of bed, they feel like crying all the time.

"It is, in fact, the most stressful time of the year," says clinical director Robert Franck. Increasingly, though, the university's mental health clinic is swamped year round, with 20,000-plus visits, double the number from five years ago. "We've seen a dramatic upsurge, this year in particular."

Across the country, university support services are deluged with students. Last week, Queen's University released a report with 116 recommendations to overhaul the way the school's community nurtures mental health – even floating the idea of revisiting exam scheduling or extending the term. The report was commissioned after six student deaths in 2010 and 2011.

Precisely why there is a surge of students asking for help remains unclear. Experts say it could partly be a testament to existing anti-stigma efforts that have made them more comfortable telling someone how they feel. An uncertain economy adds to the pressure, with growing competition to get into programs that lead to more secure jobs. And it has been popular to say that so-called "snowplow parents" who try to clear all obstacles from their children's paths are rearing coddled kids less ready to cope with adversity, experts say. But Canadian universities are not waiting to find a definitive cause: They have launched a host of new measures designed to support students before they get in serious trouble.

"My theory is we can keep offering the same kinds of services, and we can increase the level of services, and it's not going to make a significant dent," said Debbie Bruckner, director of the University of Calgary's Wellness Centre. "Postsecondaries need to respond differently, work differently."

At the University of Alberta, exam season has become mental health season. It began humbly on Thursday – with a yoga class to de-stress students, and a table set up in the Students Union Building with 100 balloons. Each balloon represented four suicide attempts for a total of 400, an estimate of the number of the school's 38,000 students who will try to commit suicide based on the rate among postsecondary students across Canada.

The campaign urges students to do away with the stigma of mental illness, using terms like "psycho," "screw-up" or "schizo" to grab attention: It's an initiative led by Robin Everall, the provost's fellow for student mental health – a post created less than a year ago.

"We need to get [mental health issues] out of the closet. It's not something to be ashamed of. There's no way it should be taboo," Dr. Everall said.

There has already been "a sea change at colleges and universities in terms of awareness," said David Goldbloom, chairman of the Mental Health Commission of Canada and a psychiatry professor at the University of Toronto.

Students are at a vulnerable age – especially those making the transition to their first year in postsecondary – and "there's no question, I think, that the competition has gotten more intense," he said. Today's students see the bar for success continually rising, "so you've got to accomplish more" at a time when they are supposed to be developing a sense of autonomy and their ability to cope with setbacks.

"University was definitely too much for me to handle, just looking back to my second year," said Adam Sartore, 21, a fourth-year science student at the University of Alberta. "I just felt that I was obligated to power through, and my only understanding of how to do that was to pull all-nighters and somehow get through it."

Mr. Sartore is now a member of his university's student Health and Wellness Team, a peer-outreach effort to encourage students to adopt healthier habits and attitudes. "I really understand the need that students feel they're not isolated," he said.

At the University of Calgary, Ms. Bruckner monitors the search bar on the Wellness Centre's website. The most common search term is "loneliness," she said. "It's been that way for about two years now."

It is a feeling remarkably common among entering students. In her first few months at McGill, Alex Nevitte, 21, was not engaged outside of class, a close family friend died, and student she knew socially from her 700-bed residence committed suicide. Feeling unhappy and isolated, she decided to see a McGill psychologist, but had to wait two weeks for an appointment. She was then put on a months-long waiting list, "which was discouraging. You're in this kind of situation – I'm not suicidal, but you want to talk to someone," she said. "I honestly felt like I could just drop out, I could disappear, and no one would notice or care. And I think that's a pretty common sentiment among a lot of students, not just at McGill."

Ms. Nevitte, now a happy third-year political science major, eventually paid to see a psychologist who splits time between McGill and a private practice, but thinks "the process of asking for help was the most important step."

Yet most students turn to a friend or family member before a professional. Knowing that, Leah State, York University's co-ordinator of health education and promotion, organized a two-week mental health campaign last month and trained 200 student leaders to reach out to their peers. "I want you to conduct this campaign in the way that you normally interact," she told them. "If you're a social media ambassador, do it online. If you're a tutor, do it in a tutoring session."

York student Martha Cabral, 23, struggled for years to keep her stress levels in check. But last Thursday, in the midst of a "particularly stressful" week – two final essays due and three exams to write – the fourth-year English student was lounging on a bench at the U of T's Robarts Library, enjoying some junk food and a late-evening study break with a friend. Since September, she's been seeing counsellors at York who teach her ways to break negative thinking patterns, and to use relaxation techniques like visualization and breathing exercises.

"I find that actually really helps," she said. When she was younger, she didn't have the courage to seek help, but "I realized I couldn't do it on my own." 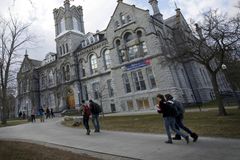 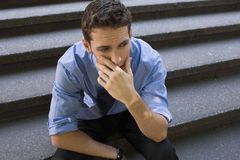 If losing your job wasn’t bad enough, it can also damage your heart
November 27, 2012 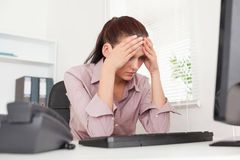 You can do it: Coping with extreme stress is a learned skill, researchers say
November 18, 2012 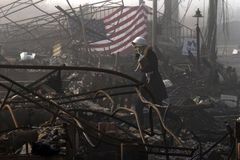 Facts & Arguments
Relaxing can cause some people more stress
November 15, 2012 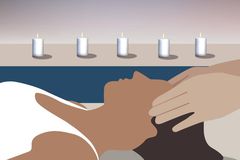 Not enough sleep? Why you may be getting fatter and sicker
October 15, 2012 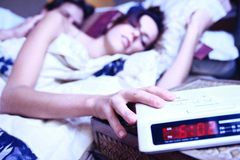 Follow James Bradshaw and Josh Wingrove on Twitter @jembradshaw @josh_wingrove
Report an error Editorial code of conduct
Due to technical reasons, we have temporarily removed commenting from our articles. We hope to have this fixed soon. Thank you for your patience. If you are looking to give feedback on our new site, please send it along to feedback@globeandmail.com. If you want to write a letter to the editor, please forward to letters@globeandmail.com.
Comments