Public Services and Procurement Canada – the federal government's central purchasing agent – has officially banned the use of asbestos-containing materials in all construction and major renovations, a prohibition that took effect April 1. The department oversees 30 per cent of the total area of federal buildings, and a portion of planned new construction.

"This is a marvellous first step," said Colin Soskolne, professor emeritus at the University of Alberta. Now, he hopes to see "a total ban, across all Canadian jurisdictions, in all areas, including imports, exports and use," which would put Canada in line with dozens of other developed countries.

The move to curtail the use of the deadly material comes after decades of lobbying. Pressure continued this week, as the Canadian auto-recycling association, whose members employ about 5,000 Canadian workers, became the latest group to call for federal policies to end the import and use of asbestos in the country.

Each year, more than 2,000 people are diagnosed with asbestos-related diseases, according to the Occupational Cancer Research Centre. Concern about exposures prompted the Canadian Cancer Society, in a rare step, to send a letter recently to the Liberal government, calling for a countrywide ban on all asbestos products.

"The sooner the better, in terms of ceasing exposure to this product … ongoing delays will result in future disability and disease," said Prof. Soskolne, who is also chair of the International Joint Policy Committee of the Societies of Epidemiology. "The sooner we intervene with eliminating the exposure, the sooner we will see declines in this illness, which is entirely preventable."

It's not just public-health officials who are concerned. This week, the Automotive Recyclers of Canada called on the federal government to ban the mineral.

The association, which represents more than 400 vehicle recyclers and dismantlers in Canada, said its members are worried about the economic challenges of trying to break up car parts and dispose of asbestos products such as brake pads, and the health effects of doing so on workers. A key concern is that new regulations in Ontario, which require asbestos brake pads be removed from cars before they're crushed and shredded, could put workers at more risk because removing them could expose them to the dangerous dust.

Asbestos-containing replacement brake pads continue to be imported in Canada. "This is an unacceptable and wholly unnecessary risk. Asbestos brake pads should simply not exist in Canada," said Steve Fletcher, the association's managing director. A ban "is only way is to keep out of potential harm's way."

It's also impossible for workers to know which brake pads contain asbestos and which don't because labelling isn't clear, he added.

Mechanics and workers in waste management are among those most exposed to asbestos in the workplace, according to Carex Canada. Asbestos-free, made-in-Canada substitutes are available in the brake pads market.

Imports of asbestos-containing products rose to a six-year high of $8.3-million last year.

Dozens of groups, among them the Canadian Labour Congress, the county's largest labour organization, are calling on the federal government to ban asbestos, a move the Liberals had supported while in opposition.

For now, Public Services said its approach "will serve as an important first step toward eliminating the use of asbestos in all new government construction and major building renovations."

"We have heard the concerns expressed by Canadians over the continued use of asbestos," said Minister Judy Foote in an e-mailed statement. "The health and safety of our building occupants and visitors are a priority." 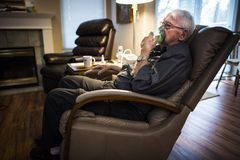