The numbers of cases and deaths from mesothelioma, a deadly cancer caused primarily by workplace asbestos exposure, have continued to rise and show no signs of abating, recently updated figures from Statistics Canada show.

Described as a "cruel" disease, mesothelioma is an aggressive cancer that develops in the lining of the lungs as a result of inhaling asbestos dust and fibres.

Like asbestos-related lung cancer, mesothelioma can take 20 to 40 years to develop and begin causing symptoms, among them painful coughing, shortness of breath and severe weight loss. About 60 per cent of those affected die within a year of diagnosis. The five-year relative survival rate is 7 per cent.

There have been thousands of cases and deaths related to occupational asbestos exposure in Canada, the world's largest producer and exporter of chrysotile asbestos during the last century.

"What they show is shocking because they show that in the past 20 years, the number of cases have doubled and the numbers just keep going up," said Kathleen Ruff, a B.C. human rights advocate and anti-asbestos campaigner.

"And that only represents part of the picture. It's well recognized by the scientists and health experts who study asbestos-related diseases that there are at least twice as many cases of lung cancers caused by exposure to asbestos.

"So you're seeing only part of the harm and suffering and deaths," she said from her home in Smithers, B.C.

In a Nov. 9 letter to Prime Minister Justin Trudeau, Ruff and a lengthy list of international signatories called on his government to ban the import of asbestos-containing products and urged that Canada support the listing of chrysotile asbestos as a hazardous substance under the UN's Rotterdam Convention.

Health Minister Jane Philpott was not available for an interview Wednesday to say whether the government plans to ban asbestos.

However, a department spokesperson said by e-mail: "Health Canada advises that breathing in asbestos fibres is dangerous and can cause cancer and other diseases ... Health Canada will continue to review the science around the exposure of Canadians to hazardous materials."

Some of the highest case counts of mesothelioma have occurred in Quebec, where the largest and longest-operating asbestos mines in Canada were located. The last of them, in Thetford Mines, Que., closed in 2011 after the then-Parti Quebecois government refused to guarantee a loan that would have kept it operating.

Jim Brophy, who headed an occupational health clinic in Sarnia, Ont., from 1993 to 2008, said the region was a hotbed of mesothelioma and other asbestos-linked cancers among workers and their families.

Most worked in the petrochemical industry, where asbestos was widely used as insulation for pipelines, as well as in other industrial applications in the so-called "Chemical Valley" of southwestern Ontario.

"We documented what I think is the largest cohort of asbestos disease in workers in Canadian history," said Brophy. "We had over 1,000 workers with asbestos-related cancer or respiratory disease."

During that period, there were also another 1,200 people with pleural plaques, a fibrotic condition of the lungs that is a marker of asbestos exposure, he said.

But it wasn't just workers who breathed in asbestos while on the job: women who washed their husbands' contaminated clothes and children who hugged their fathers on their arrival home from work were also at risk – and many got sick, sometimes decades later.

"You end up with this mass engulfing your lungs and causing them to collapse," Brophy said. "You literally die of asphyxiation. It's a horrible disease."

From 1980 to 2002, there were 1,487 men diagnosed with mesothelioma in Ontario, but the figure is considered an underestimation because the disease was often mistaken as lung cancer by doctors unfamiliar with its clinical hallmarks, he said.

Of those cases, less than half registered for compensation with the Workplace Safety and Insurance Board, often because victims and their families were so devastated by the diagnosis, and death often occurred within months.

"There was barely a blue-collar family in Sarnia, I'm not exaggerating here, who didn't lose a family member or someone they knew – an uncle, a grandfather, a next-door neighbour, a best friend – who had developed this disease," Brophy said.

mesothelioma and other asbestos-induced cancers and diseases have already cost the country's health-care system hundreds of millions of dollars, he said, and the financial toll will continue to mount as more cases arise.

"So there's still consequences from the decades of asbestos use being felt in Canadian society, and most of it is falling on the families and on the public health-care system, when the law requires that their employers be held responsible."

Paul Demers, director of the Occupational Cancer Research Centre at Cancer Care Ontario, said products containing asbestos, such as replacement brake pads, cement pipes and cement board for buildings, continue to be imported into Canada.

As well, exposure to the non-burning, insulating substance known as "white magic" is present in older residential homes and such public structures as schools and hospitals, and was even in the Parliament buildings.

When buildings are renovated or torn down, floating asbestos dust and fibres can be set free, unless strict containment measures required by law are adhered to. That's not always the case, as cases of contractors being fined and even jailed for failing to protect workers have shown.

"There's a lot of chances for continuing exposure," said Demers. "So it's hard to predict when we're going to see the peak of this."

Based on computer modelling done by his centre, he estimates that asbestos may be responsible for "at least 2,000 new cancers each year in Canada, mostly fatal."

"We're dealing with mistakes made in the past and we have to live with that," said Demers, noting that cancers caused by exposure in the workplace are preventable.

"So it is a tragedy. It's one that we're going to have to live with for a while. But we hope it leads to action in terms of trying to prevent more cases occurring in the future." 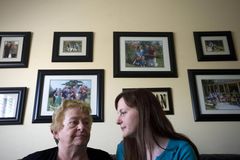 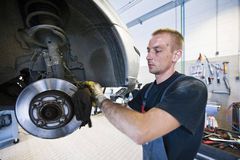