Priests should consider refusing to conduct funerals for people who have chosen a physician-assisted death, say new guidelines from the Catholic Bishops of Alberta and the Northwest Territories.

It is particularly important if family or friends want to celebrate their loved one's decision to die by assisted suicide, the guidelines say.

"[Such a funeral] would be truly scandalous, as it would be an encouragement to others to engage in the evil that is euthanasia and assisted suicide," they say. "Such a request for funeral rites must be gently but firmly denied."

Opinion: We can't debate the assisted dying law without data

A spokesman for the Canadian Conference of Catholic Bishops said the national group has not issued formal guidelines related to sacraments but is discussing the issue.

"We need to reflect upon and maybe give ourselves more time to see the ramifications of these requests," Bishop Noël Simard said. "Instead of starting with norms and principle, and telling them it is forbidden – you cannot do this, you cannot do that – we try to reach out and accompany the people to see what they want and to offer them some spiritual guidance," he added.

Church officials in Alberta had questions about assisted death when the legislation was being developed, Edmonton Archbishop Richard Smith said, and many thought guidelines were needed for last rites and funerals.

Archbishop Smith said bishops from other regions have asked him about the guidelines, but he doesn't know of any who are planning to issue their own in the near future.

He also said he hasn't heard that any priests in Alberta have yet dealt with an assisted death.

When it happens, they will have to weigh several factors, he suggested, including whether the person is repentant.

"The general principles are clear. The various situations in which they apply can be highly nuanced and diverse," he said in a phone interview Thursday at a meeting of the Canadian Conference of Catholic Bishops in Cornwall, Ont.

"It's going to be the role of the priest in these situations to say how best do we bring all of this together – the care of the person, the care for the family, respecting the integrity of the sacraments?"

If there can't be a funeral, priests may agree to hold prayers at a graveside or funeral home, he said.

In its new guidelines, the Catholic Bishops of Alberta and the NWT say "the legal permission now granted to these practices does not change the moral law" and that the church in some cases could deny funeral rites to a person who has sought medical assistance in dying.

"If the Church were to refuse a funeral to someone, it is not to punish the person but to recognize his or her decision – a decision that has brought him or her to an action that is contrary to the Christian faith, that is somehow notorious and public, and would do harm to the Christian community and the larger culture," say the guidelines, which cover several sacraments and run to more than 30 pages.

The guidelines also talk about providing support to families even if a funeral is turned down. "How to offer care and support to a family in the wake of these tragic events remains something that we must always bear in mind, whether we celebrate a funeral or not."

Canada's new assisted-dying law took effect in June. The Supreme Court of Canada struck down the criminal prohibition against medically assisted dying in 2015.

Catholic hospitals, including St. Paul's in Vancouver, do not provide doctor-assisted death.

Under an agreement between the provincial ministry of health and regional health authorities, St. Paul's and other institutions have the right to decline to provide the service.

"B.C. is committed to a respectful approach that recognizes the diverse needs of patients and healthcare providers who find themselves in an ethical, moral, religious dilemma – while ensuring appropriate access for a legal health care service for patients," a spokeswoman for the B.C. Ministry of Health said in an e-mail.

"Even if a doctor does not provide medical assistance in dying as a matter of conscience, a patient can still expect to be treated with respect and be provided with information on how to access this service," Kristy Anderson added.

The institutional power of St. Paul's and other faith-based institutions to decline to provide – or even discuss – medically assisted dying is "completely unacceptable," said Ellen Wiebe, a Vancouver doctor who has provided medical assistance in dying.

She would like the province to reconsider its position.

"Every person has a basic right to information – and when they ask for [medical assistance in dying], they should get the actual information, not the process for transfer being set up," she said. 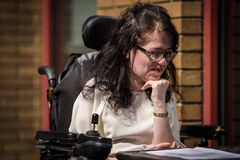 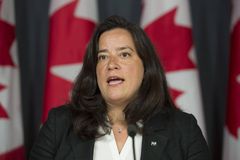