Canada's medical-aid-in-dying law could save the country's health-care system as much as $138.8-million a year, depending on the number of people who chose to hasten their deaths with the help of a doctor or nurse.

That's according to a new analysis that looked at the likely costs and potential savings of assisted dying, and concluded the practice "should not result in any excess financial burden to the health-care system, and could result in substantial savings."

The authors of the paper, which was published Monday in the Canadian Medical Association Journal, were quick to stress that money should not factor into the decision-making of patients or physicians when it comes to assisted dying.

But they said provincial health departments that are already grappling with the costs of medical-aid-in-dying (MAID) – doctors have to be paid, lethal drugs have to be purchased – need to have some sense of how assisted dying might affect their bottom lines.

"We're not asking people involved in the individual decisions to offer or provide MAID to consider cost," said Aaron Trachtenberg, an internal medicine resident at the University of Calgary and one of the authors of the analysis. "We're simply asking questions around cost from a systems level, the same way that any large-scale intervention that is going to potentially be paid for by the health-care system should be examined."

Dr. Trachtenberg and his co-author, Braden Manns, a nephrologist and health economist also at the University of Calgary, first set out to quantify the direct costs to the public purse of offering MAID.

Bill C-14, the assisted-dying law that Parliament adopted last June, requires that two physicians assess patients to determine if they qualify for MAID.

So the authors, using Ontario physician billing codes, added up the cost of two assessments and the cost of paying a doctor to administer a lethal cocktail of drugs. Then, they factored in the price of the drugs, relying on Alberta's suggested regimen of four medications, and the cost of a pharmacist's time to prepare the medications.

Drs. Trachtenberg and Manns also assumed that for every patient granted an assisted death, another two would be assessed but not receive MAID.

The grand total? Depending on how many people choose MAID, somewhere between $1.5-million and $14.8-million a year.

Those figures pale in comparison to the savings that could be had if people choose assisted dying over spending the last weeks or months of their lives in hospitals, relying on expensive medical interventions.

By analyzing a slew of factors – including how long patients might otherwise live, what disease they have and, crucially, what percentage of deaths every year are medically assisted – the authors estimate that MAID could reduce costs to the public health-care system by between $34.7-million and $138.8-million annually.

The potential savings are significant, even if the baseline scenario is palliative care in the home, which tends to be less expensive than dying in a hospital, the authors conclude.

Peter Tanuseputro, a physician-scientist at the Bruyère Research Institute and the Ottawa Hospital, said that this effort to quantify MAID should serve as a reminder that the Canadian health-care system must offer better palliative care, especially at home.

Dr. Tanuseputro provided some of the data for the new analysis, but did not have a hand in writing it.

He did, however, write a commentary that appeared alongside the MAID-cost research in the CMAJ, advocating for improved palliative care as a way to lessen patients' suffering and their need for assisted dying.

Shanaaz Gokool, the chief executive officer of the advocacy group Dying with Dignity, took issue with the fact that some of the paper's assumptions were based on data from the Netherlands and Belgium, where the eligibility criteria for assisted dying are looser than they are in Canada.

"I think the analysis is very premature and it's highly speculative in many ways because there are so many underlying differences in how MAID is practised, especially in the Netherlands," she said. "I think it's very difficult to really know one way or another. I think when you're talking about raw costs, they distract in some ways from the real challenges people are having accessing MAID." 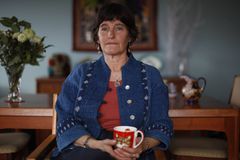