The Supreme Court of Canada is being asked to banish public prayer and Christian religious symbols from municipal council meetings in a case that prompted one judge to ask whether the notion of "live and let live" has a place in modern Canada.

Alain Simoneau and the Quebec Secular Movement on Tuesday challenged Saguenay city council's right to say a short, non-sectarian prayer at the beginning of its meetings that includes the word "God," and to display Christian symbols such as a crucifix or statue of the Sacred Heart of Jesus.

The issue is the flip side of the one that roiled Quebec last year, when the Parti Québécois government vowed to ban the wearing of religious clothing and head coverings in the public sector. Rather than an attempt by the state to curtail religious expression, the Saguenay prayer case is about when the state may be seen to associate itself with a religious observance and the symbols of a particular group, in this case, Roman Catholics.

Justice Michael Moldaver asked whether, accepting that some people believe in God and some do not, "a certain element of live and let live" should be part of the legal analysis. "When can we look at the interference [with the religious freedom of non-believers or non-Christians] as trivial or insubstantial?"

Kristian Brabander, a lawyer representing the Canadian Civil Liberties Association, replied that a prayer and Christian symbols have the effect of excluding non-believers and non-Christians from the values of city leaders.

Judges repeatedly asked whether the mention of "the supremacy of God" in the preamble to the Charter of Rights and Freedoms means something for the practice of religion in the public sphere.

"If God is referenced in the Charter, how can God be offensive in municipal council meetings?" Justice Marshall Rothstein asked.

Mr. Brabander replied: "The existence of God in the Charter has never been used to tolerate any form of discrimination."

Richard Bergeron, a lawyer for the City of Saguenay, which is 200 kilometres north of Quebec City, had a different view of the preamble's reference to "the supremacy of God and the rule of law."

"The Canadian state recognizes the Divine as a moral value and an inclusive one," he said, adding that a ban on public prayer would denude the Canadian identity in favour of a bland multiculturalism.

"If the result is to strip ourselves of everything we are, … it's pure multiculturalism. There is no Canadian identity. It's just a patchwork.

"The question is in Canada, whether we have to remove the word 'God' from everything. Even for the members of this court – there are oaths that end with an invocation of God."

But some judges, such as Justice Rosalie Abella, appeared to find it inescapable that the mention of God in a prayer, the use of Catholic symbols and Mayor Jean Tremblay's habit of crossing himself after the prayer linked the state to a religious observance.

When Mr. Bergeron said that making the sign of the cross is unremarkable, and that many baseball players do it at home plate, Justice Richard Wagner of Quebec broke in to say, "A baseball player is not a municipal leader who has public functions."

Justice Wagner asked Mr. Bergeron if his attitude would be the same toward a Muslim prayer. He replied that it would, "if the text were inclusive," something to the effect of "God, please enlighten me."

Justice Wagner asked Mr. Simoneau's lawyer, Luc Alarie, how to draw the line between religious symbols and symbols of Quebec's cultural heritage, drawn in many ways from Catholicism.

Mr. Alarie replied that it would depend on the context; the Quebec flag contains a cross, he said, but "I don't think anyone crosses themselves in front of the Quebec flag."

He added, "Mr. Simoneau is not out to eliminate all religious symbols from the Quebec landscape. He does not want to have to go through religious worship in order to exercise his rights as a citizen."

A ruling is not expected for several months. A human rights tribunal ruled against Saguenay, but the Quebec Court of Appeal overturned the decision, prompting Mr. Simoneau to take the case to the Supreme Court. 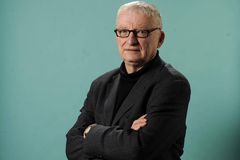 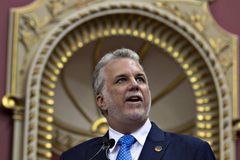 PQ’s lack of legal advice on secular charter puts ex-minister on defensive
May 6, 2014 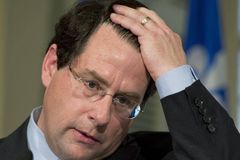