Shawn Atleo of the Assembly of First Nations said research showing that at least 1,300 already-hungry children and adults were part of the experiments was driving an emergency resolution at the organization's annual meeting in Whitehorse on Wednesday.

"We're going to call on the Prime Minister to give effect to the words that he spoke when he said: 'The burden of this experience has been on your shoulders for far too long. The burden is properly ours as a government,'" Mr. Atleo said in reference to Mr. Harper's 2008 apology for residential schools.

A paper by University of Guelph food historian Ian Mosby detailed tests conducted between 1942 and 1952 on northern Manitoba reserves and at six residential schools across the country.

Well aware that the children and adults were hungry and living on starvation-level diets, the researchers chose to use them as unwitting subjects for tests on the effects of nutritional supplements instead of recommending they be properly fed.

Mr. Mosby found that vitamins and minerals were provided to some and not to others. Milk rations at one school were deliberately held below recommended levels. An enriched flour that couldn't legally be sold elsewhere in Canada under food adulteration laws was distributed. Some dental services were withheld from children over concerns that healthier gums and teeth could mask study results.

When The Canadian Press broke the story Tuesday, a spokeswoman for Aboriginal Affairs Minister Bernard Valcourt said the current federal government was shocked by the findings. Andrea Richer said in an e-mail that Mr. Harper's 2008 apology was intended to cover all such wrongdoings.

And on Wednesday, she said in another e-mail: "We are concerned about these allegations and officials are looking into the matter."

Mr. Atleo wants a more substantive response. He said the Harper Conservatives should stop fighting efforts by the truth and reconciliation commission to get full access to government documents about residential schools. They should also support aboriginal calls for better funding for child welfare and work to ensure food security in aboriginal families, he said.

"Our people have been faced with incredible unilateral decisions that seem to be … in the spirit of that same behaviour back in the '40s," Mr. Atleo said. "They should be working with First Nations and work on genuine efforts to reconciliation."

The leader of one Manitoba aboriginal community that was part of the experiments agreed.

"The apology came, but nothing follows in terms of how do we restore the dignity that they tried to destroy," said Chief Ron Evans of the Norway House First Nation. "As First Nations leaders today, we're dealing with those intergenerational impacts with very little resources to assist us."

Jean Crowder, aboriginal affairs critic for the Opposition New Democrats, pointed out that half of First Nations children still live in poverty.

"Given that level of poverty, we know that kids are not getting appropriate nutrition," said Ms. Crowder, who is attending the AFN meeting. "Perhaps as part of a gesture of good faith, they could look at some of the nutrition programs that are provided."

Federal Liberal Leader Justin Trudeau, also in Whitehorse, said it's important that Canada's historical skeletons come out of the closet.

"There are impacts on this that go into multiple generations, and impacts that have lasting negative effects on communities," he said. "It's also why it's so important that Canadians know what the shameful history of our relationship with First Nations peoples across the country is, so we understand where we need to go in terms of restoring a balance in our relationship with the people who lived on this land first."

The past isn't past, Mr. Atleo said – it remains with us to this day. "For there to be reconciliation," he said, "there has to be truth." 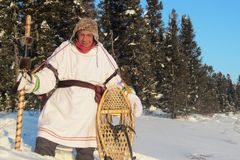 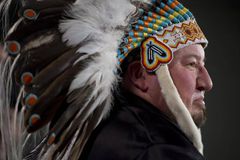 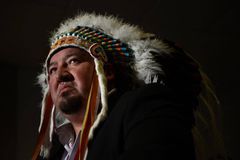 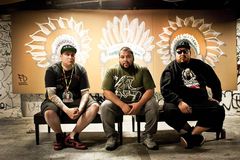