Ontario's Auditor-General says the government needs to take a "hard look" at the way it delivers home care after an 18-month investigation found that as little as 61 cents out of every dollar spent goes to face-to-face client services and discovered gaps in the level of care offered across the province.

The report, released Wednesday, focuses on the 14 local provincial agencies, called Community Care Access Centres, that are responsible for managing services, such as nursing, physiotherapy and help with personal care, for about 700,000 people each year in their home and the community. Most of that work is in turn contracted to service providers that range from large corporations to non-profit agencies.

The audit paints a picture of a system riddled with inconsistencies, where the care available depends on where you live, and with administrative costs that account for between 19 per cent and 39 per cent of the $2.4-billion the province spends each year on home care, depending on how that overhead is defined.

The auditor's findings come after a report to the government from a blue-ribbon panel in the spring that called on the province to make home-care services easier to navigate and more accountable. An investigation by The Globe and Mail also found a system plagued by uneven access to care, byzantine processes and a troubling lack of transparency for both patients and family caregivers.

"The time has come for the government to take a hard look at how CCACs deliver services to patients," Auditor-General Bonnie Lysyk said.

"The solution is not simply to add new programs and make adjustments to existing services," she added. "This will only leave core problems and inconsistencies entrenched."

Getting it right is crucial for the Ontario government as it, like other provinces, looks to shift an ever-increasing share of health care out of expensive beds in hospitals and long-term care and into the home. The increasing emphasis on home care for the sick and the elderly is also what patients are demanding, and comes as many, including the Canadian Medical Association, say it's a change that is needed as the country's population ages.

Ontario's Minster for Health and Long-Term Care, Eric Hoskins, has vowed to repair the home-care system, laying out a 10-point plan in response to the expert panel report and setting up working groups with a three-year time frame to make changes.

He accepted all of the auditor's findings on Wednesday, saying he intends to "deepen" reform efforts and singling out the recommendation for a review of the way home care is delivered.

"This gives us the opportunity to be bold and be transformational," he said, but stopped short of saying what form such change would take.

Dr. Hoskins said it is "premature" to say if the current system of access centres should be scrapped, as critics of the system have long suggested.

Catherine Brown, executive director of the group that represents the province's 14 CCACs, took issue with the audit's definition of direct-care spending, noting that time spent in consultations, case management and travelling to homes is a necessary part of delivering care and should not be considered part of overhead costs. "I don't think people understand the complexity of getting service to people in their homes," she said.

Kevin Smith, the chief executive officer of St. Joseph's Health System in Hamilton and a member of the expert panel, said the audit provides valuable numbers on which to base future discussions.

The experience in the province of cutting wait times, he said, showed that "data, money and embarrassment" are a powerful combination to lead to change.

NDP health critic France Gélinas, a member of the committee that asked for the report in the spring of 2014, said the audit confirms the system is broken. "The structure has failed us and it is costing us a pile of money," she said.

Among the audit's findings:

The report is the first of two on home care by the Auditor-General. The second part, to be included in her annual report later this year, will focus on personal support workers. An examination of Ontario's 14 Local Health Integration Networks is also expected at that time. 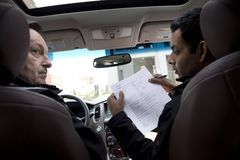 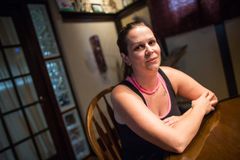 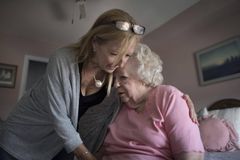