At a time when Germany is in the midst of prosecuting former SS death-camp guards, a Holocaust survivor in Toronto who testified at two of those trials has released a memoir about his time in Auschwitz, where he was on a forced-labour unit, then witnessed the workings of the camp hospital.

"This is my last chance. I'm 87 years old," Max Eisen said in an interview, explaining why he spent the last year revisiting those horrific days of his youth for his book, By Chance Alone, which is being released this week.

"One thing I didn't want was to sit down and write and bring back all those memories. Because when you're writing, you need to recall everything exactly as they happened. So it was a nightmarish experience."

But at the same time, he had made a promise to his father, before the older man was taken to the gas chambers, that he would bear witness should he survive.

Born in Moldava nad Bodvou, a Slovak town that was annexed by Hungary during the Second World War, Mr. Eisen lost his parents, his three siblings and nearly 60 other relatives in the Holocaust.

Those rank-and-file SS have argued they had no choice but to follow orders. However, Mr. Eisen's autobiography repeatedly shows examples of people making choices during the war.

Some chose to help. In the spring of 1944, a forester tried to warn Mr. Eisen's family that gendarmes were coming to deport the town's Jews. In Auschwitz and later at the Melk concentration camps, some prisoners chose to help the 15-year-old Mr. Eisen and enabled him to survive.

Conversely, several SS guards he encountered also made the choice to go beyond the call of duty. One dropped food in front of the starving prisoners, trying to lure them within reach of a dog. Another struck Mr. Eisen's head with the butt of a rifle, sending him to hospital. Once at the hospital, he saw guards take away sick patients, then return and order him to pry the gold fillings from teeth wrapped in bloody rags.

In the interview, Mr. Eisen also recalled his disgust when he heard Mr. Groening testify at his trial, describing an incident where the SS found a crying baby hidden in a bundle of clothes. A guard smashed the infant's head against the side of a train car.

"He didn't say that they killed a baby, you see. He said that the crying stopped ... like it was just a daily event at the job, it was the normal thing to do on the job," Mr. Eisen recalled.

The book also refers to appalling incidents that Mr. Eisen usually does not mention in his public talks.

While he was an orderly at the Auschwitz hospital, he saw doctors perform a secret abortion on a Polish political prisoner – to save her, because pregnant prisoners were at risk in the camp.

And at the end of the war, when he ended up at the Ebensee concentration camp in Austria, the conditions were so dreadful that he saw inmates resort to cannibalism to survive.

"I try to keep away from certain things because I have to keep my mental balance. I don't want to make people cry and feel sorry for me," Mr. Eisen said.

"There's no point telling people 12 things that they won't all remember. In one hour, if the most they can remember is two or three things, that would be great." 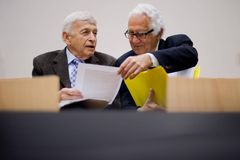 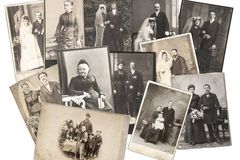 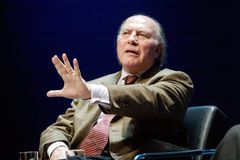