International agencies in charge of aviation security are calling for better intelligence sharing on the risks associated with flying over conflict zones, but insist the shooting down of a civilian airliner is unprecedented and not a sign of a failing in the system.

The United Nations International Civil Aviation Organization (ICAO) led the call Tuesday after a special meeting to address security concerns in the wake of a spate of recent crashes, including the surface-to-air missile attack that brought down Malaysian Airlines flight MH17 over Ukraine.

The agency and industry partners set up a task force to examine better ways to share intelligence on areas where anti-aircraft missiles could pose a threat and also called for stricter controls of anti-aircraft weapons.

"They have a responsibility to evaluate risk and to establish flight paths based on that risk. Right now, there is no formal system for disseminating that information," said Raymond Benjamin, ICAO Secretary-General.

This year marks an abrupt end to a decade of decline in airline fatalities. But the Ukraine attack and the mysterious disappearance of another wide-body jet over the Indian Ocean have inflated the death toll with two events that don't have historical parallel, according to the UN agency and other aviation industry players and experts. No civilian airliner has ever been shot down at a cruising altitude of 10,000 metres by a surface-to-air missile, Mr. Benjamin said. "It's an unprecedented case," he said. "The system is not broken."

Tony Tyler, the head of the International Air Transport Association, cautioned against "wholesale changes to an industry that has proven to work, over many years."

While pointing to the overall improving safety of air travel, Steve Ganyard, a U.S. aviation consultant, said systemic problems do exist. He pointed out that it's still possible for airliners to disappear for days and sometimes weeks after they go down, when technology already exists for real-time tracking. Some airlines are just too cheap to use it, he said.

Also, no international body has teeth to enforce things like aircraft routing or traceability. The Malaysia flight took a path over the Ukraine conflict zone that other airlines had already decided to avoid. "It's not quite a black-swan moment. We knew people were shooting there, we knew people were training on sophisticated surface-to-air systems. The advice given was to fly over 32,000 feet. Who thought that was a good idea?" Mr. Ganyard said. "There are always things that can be done, but it's always a cost-benefit anaylsis."

John Cox, a pilot and CEO of Safety Operating Systems, said he doubts a move to better information sharing about surface-to-air missiles "is going to accomplish a huge amount to reduce risk. … It remains a low probability threat."

A spate of seemingly unrelated crashes has rocked the aviation world in recent weeks. But aviation experts agree that the ten years prior to 2014 saw steadily improving safety levels.

According to Ascend, a global aviation consulting firm, 163 people died in accidents involving aircraft with 14 or more seats in 2013, setting a new record after several consecutive years of decline. Flightglobal Aviation says there were 26 airline accidents last year – up from 21 in 2012 – but the total number of airliner fatalities was at a record low of 281 in their tally. At least 701 people have died already in 2014.

On July 18, a Malaysia Airlines flight was shot down while cruising at 10,000 metres over Ukraine with 298 people on board. Ukrainian and U.S. officials have blamed Russian-backed rebels in Ukraine for firing the deadly surface-to-air missile.

One week later, a TransAsia Airways plane crashed in a storm caused by the remnants of a typhoon in Taiwan, killing 48 people.

"Aviation safety has come so far. But we still have pilots doing stupid things at the behest of their airlines, like flying into the back end of a typhoon," Mr. Ganyard said.

An Air Algérie flight with 116 people, including five Canadians, crashed last week en route from Burkina Faso to Algiers. That flight also went down in a storm.

And in March, Malaysia Airlines Flight 370 disappeared with 239 passengers and crew. The plane still has not been found.

A haunting premonition: ‘What will happen if the airplane crashes?’ asks boy boarding MH17
July 23, 2014 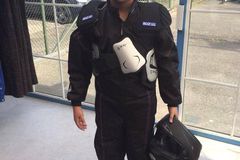 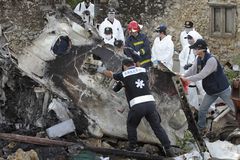 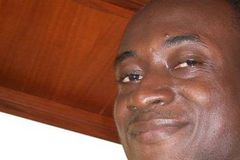 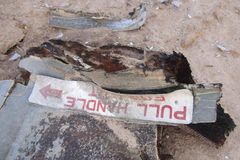