It was a splashy announcement: A police investigation into human trafficking in London, Ont., dubbed Project Equinox resulted in 78 arrests and 129 Criminal Code charges last month. Eighteen women and girls "in the sex trade as a result of human trafficking" were helped to get out. The youngest was 15.

One detail did not appear in the news release: Every one of the 18 victims had been advertised on the classified ad website Backpage.com.

Sex trafficking in Canada is not just on the Dark Web, buried deep under obscure layers of the Internet. In many cases, it's just three clicks away. Hundreds of escort ads are posted each day on Backpage in more than 50 Canadian cities.

Read more: The Trafficked: How sex trafficking works in Canada

Some women are there by choice, acting as independent operators. But many women on the site, police say, are being forced or coerced for the purpose of sexual exploitation – in other words, trafficked. In fact, of the sex-trafficking victims police are finding, they say the majority were advertised on Backpage.

What's more, some of them are minors. Toronto police say 95 per cent of underage victims they have found were sold on the site. London police say it's 100 per cent. And Halifax police say it's the best-known site for minors. One quarter of police-reported human-trafficking victims in Canada are under the age of 18, according to Statistics Canada.

In the market for underage girls, "Backpage is the most known one out there," said Detective Sergeant Darrell Gaudet, who oversees the Integrated Special Enforcement Section at Halifax Regional Police.

The Dallas-based company operates in 97 countries and gets most of its revenue from adult ads. In the United States, it is the subject of lawsuits, and its executives are also facing criminal charges for pimping and money laundering. The charges filed by California's Attorney-General allege that in seven of the 13 pimping counts the victims are children.

In January, after a U.S. Senate inquiry published scathing findings, among them that the company "knowingly concealed evidence of criminality," Backpage abruptly shut down its U.S. adult-services ads section, citing "unconstitutional government censorship."

Not so in Canada, where there has been little or no legal action and tepid federal government response. The ads continue to be uploaded hourly. Among the descriptions: "Fresh," "Young," "New in town," "Just off the plane," "Available 24/7," "Barely legal," "Looks underage," "Hot young angel – do whatever u want."

The site's prevalence raises thorny questions. Some police see it as a useful investigative tool in finding and reaching victims and say shutting it down would only result in new sites popping up. Child advocacy and anti-trafficking groups, however, say it is facilitating criminal activity, including child trafficking, and needs to be stopped.

In the United States, Backpage is involved in 73 per cent of all child-trafficking reports the National Center for Missing & Exploited Children receives from the public (excluding some reports from Backpage itself).

"It's the No. 1 place where children are being sold," said Staca Shehan, executive director of the case analysis division at the centre, which has worked on almost 500 cases in which a child was trafficked for sex on Backpage.

Actions against the company in the United States "beg the same question about what should be happening in the Canadian context," said Signy Arnason, associate executive director and director of Cybertip.ca at the Canadian Centre for Child Protection, which gets calls from people concerned about Backpage ads on a monthly basis. "It's something definitely that needs to be looked at, because Backpage is known for their sexual services. And within there, there are definitely youths who are being exploited in this capacity."

Kevin Coon, managing partner at global law firm Baker McKenzie, said the company "is the key purveyor for these ads here in Canada as well. It's very unknown but it is insidious, and that service is the major advertiser and exploiter in the industry."

He said it is "running afoul" of Criminal Code provisions on the purchase of sex.

"It's right in our backyard. Anybody can go on the website and see how prevalent it is," said Mr. Coon, who specializes in human rights and labour rights, adding that the federal government "has a key role to play" in legislative action and in enforcing existing laws and raising awareness.

Canada's national action plan on human trafficking expired last year, and Public Safety Canada did not say when a new plan would be announced. Under Canadian law, it is prohibited to advertise sexual services and to procure the sexual services of someone under the age of 18. But whether it is due to a dearth of enforcement, other priorities among governments or a need for new legislation, the ads flourish.

Across Canada, an average of 1,600 new adult-services ads (which include female escorts and body rubs) are posted on Backpage every day, according to Uncharted Software, a Toronto-based software and data visualization firm. It pegs the number of unique ads in Toronto alone at about 500 a day. By its count, Backpage hosts about 60 per cent of all the online adult ads in Canada, making it the largest provider in the country.

Backpage has 943 location sites, according to this year's U.S. Senate subcommittee report. It is the world's No. 2 classified ad website and gained market share in the sex ads space after Craigslist closed its adult section in 2010.

The Senate report cites the National Association of Attorneys General in describing Backpage as a "hub" of human trafficking, "especially the trafficking of minors."

Backpage "does not deny that its site is used for criminal activity, including the sale of children for sex," the report says. Rather, the company argues it just hosts content created by others and is thus immune from liability under the U.S. Communications Decency Act.

But the inquiry found that Backpage systematically edited its adult ads, scrubbing them of terms such as "teenage," "little girl" and "rape" before posting them. "Through simply redrafting the ad, the user would be permitted to post a sanitized version," the report said.

The National Center for Missing & Exploited Children says there are more requirements for ads selling cars, boats or pets, which require phone numbers, than human beings.

Pressure on the company is coming from many sides. Backpage is the subject of a searing new U.S. documentary, airing on Netflix this month, titled I Am Jane Doe. The film follows the legal battle that several mothers are fighting on behalf of their teenage daughters, who were trafficked and advertised on the site.

In 2015, major credit-card companies stopped allowing their cards to be used to purchase Backpage adult ads, citing concerns about the trafficking of minors. Bitcoin is used instead.

In Canada, some police see the site as a useful tool in their investigations.

"I'm torn about Backpage," said Detective Michael Hay, head of London's human-trafficking unit, which started in January and uses the site to reach people who the police suspect are being trafficked. If the site were shut down in Canada, "I'm sure something else would pop up within a few weeks, but then we'd be behind the eight ball trying to catch up again."

Police in Ontario say Backpage is a key place where underage girls are advertised. Those in Calgary and Edmonton, however, say those types of ads are more likely to appear on free social-media sites such as Tinder.

Even if the site were more regulated or shut down, some say that would not address the root of the problem, which is the demand for these services. Nor would it change the broader issues that make children more vulnerable, such as homelessness or addiction.

When the girls listed on the site are underage, Det. Hay says, odds are they have a pimp. He estimates that of all the escort ads on Backpage in his city, at least 25 per cent of the girls and women are being trafficked.

"These victims, many of them have psychological and physical damage as a result of this. Some of these girls that we've come across haven't eaten in days, haven't slept in days, don't know what city they're in … have been beaten, abused," Det. Hay said. "It's a horrific thing. I've been a police officer for 17 years, and this is something – I can't even wrap my head around it some days. It's a really horrible crime."

Megan Walker, executive director of the London Abused Women's Centre, regularly receives calls from family members who are searching for their missing daughters – and using Backpage to see whether they're still alive.

She estimates that about 60 per cent of the people her centre speaks with are tracking their daughters through Backpage. She thinks more enforcement is needed to tackle the demand side of the crime – the johns and pimps – and that Backpage ought to be shut down.

"This is a public safety issue. Trafficking across Canada is a huge issue impacting women and girls in our communities," she said.

The RCMP did not respond to e-mailed questions.

In an e-mail, Public Safety Canada said the government "takes very seriously" any potential tools used to facilitate the trafficking of children for the purpose of sexual exploitation."

Barbara Gosse, chief executive officer of the Canadian Centre to End Human Trafficking, said "people need to know that in Canada you can not buy sex from a juvenile. It is child abuse. We need to start using the right language. There is no such thing as child prostitution – it is strictly child abuse."

Backpage, she said, is "absolutely enabling this."

In February, the Toronto Police Service's sex-crimes unit announced an arrest in a human-trafficking investigation. The release offers a window into how sex trafficking works.

The allegations, which have not been proved in court, are as follows: In October, 2016, a 16-year-old girl was recruited and procured into the sex trade by a man. She was coerced into the trade with the promise of earning a lot of money. In this time, the man controlled the girl through threats and intimidation. The girl was taken to various hotels in Toronto, "where the man took photographs of her in various stages of undress and posted them on Backpage.com, advertising her sexual services."

In November, she tried to flee. The man found the girl, stripped her of all her clothing and assaulted her. Eventually, she was able to escape and reported the incident to police. The accused now faces 12 charges, including trafficking in persons under the age of 18. 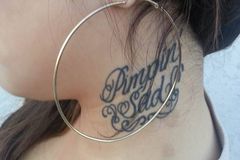 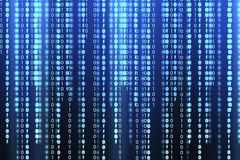 The Trafficked: How sex trafficking works in Canada
February 10, 2016