A new report from The Citizen Lab alleges that Canadian-made software is – once again – being used by a repressive Mideast state to keep its citizens from learning about news, religion and politics.

The kingdom of Bahrain this summer started using Web-filtering software from Netsweeper Inc. as a means of keeping a lid on dissent, the report said. It added that the Sunni-dominated monarchy is going so far as to use the software to deny Bahrain's majority Shia citizens access to basic information about their religion and religious leaders.

The Citizen Lab, a group of civil-minded technological researchers at the University of Toronto's Munk School of Global Affairs, last year released similar findings about Netsweeper software being used in Yemen, where religious strife has led to ongoing civil war. It has also previously documented the Ontario company's software being used in Pakistan and Somalia.

From the archives: The ABCs of cybersecurity

Selling such software so that it can be used across an entire country can be controversial, however, especially if it ends up being tweaked to police morality and dissent. The Citizen Lab alleges this is what has happened in Bahrain, an island-nation monarchy strategically located between two much larger regional rivals, Iran and Saudi Arabia, which are now stoking sectarian tensions across the Middle East.

Ron Deibert, the director of The Citizen Lab, said that any Canadian company that sells information-scrubbing software in this backdrop risks raising the same kinds of questions as have surfaced in other ongoing corporate controversies. These include the question of whether Ottawa should be facilitating, or blocking, the Canadian armoured-vehicle companies that sell their wares to Saudi Arabia.

"I think the government has to develop some kind of guideline," said Mr. Deibert, adding that it could be simple enough for Canadian officials to put in place an array of measures, including export restrictions. "That would require Netsweeper, and other companies like them to apply for a licence to export their technology, that would have a checklist around due diligence for human rights. But, he added, "the rub of that would be they couldn't make a sale like this."

Bahrain had used Web-scrubbing software developed by an American company before it awarded Netsweeper a $1.2-million contract earlier this year.

The Citizen Lab report, financed with the help of the U.S.-based MacArthur Foundation, says its researchers confirmed the active use of Netsweeper software in Bahrain through Internet-scanning methods that looked for the company's telltale digital fingerprints.

"We confirm that Netsweeper technology is being used by at least one key [Internet service provider] … to filter content, including critical political speech, news websites, human-rights content, websites of oppositional political groups and Shia-related content," the report reads.

In recent months, Bahrain has faced international condemnation for stripping a leading Shia cleric of his citizenship, for shutting down the country's largest political-opposition group and for arresting the founder of the Bahrain Centre for Human Rights. Access to websites relating to these groups and people have all recently been curbed in Bahrain, according to The Citizen Lab.

Ordinary Bahrainis have also had their access blocked to "websites on the Shia sect," "Iranian media outlets" and " content critical of Islam," according to the report.

The Globe and Mail called and e-mailed members of Netsweeper's management team on Tuesday but did not hear back. 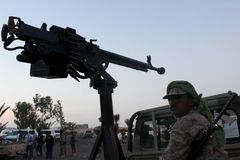 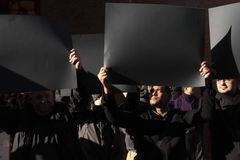